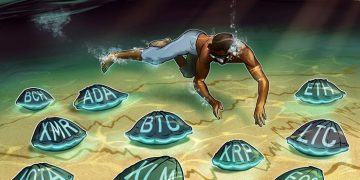 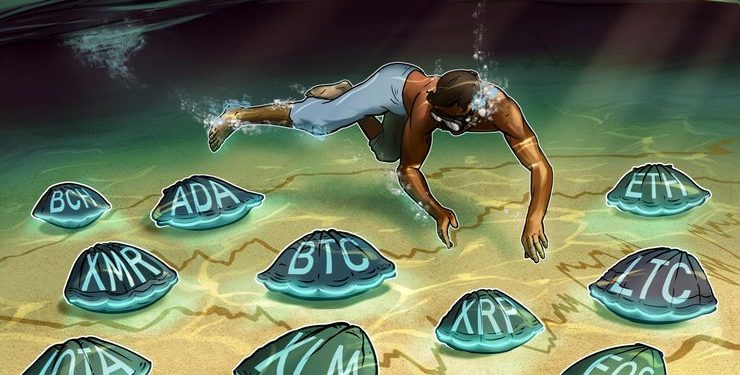 Along with the traditional safe havens like gold, the U.S. dollar, and the Japanese Yen, cryptocurrencies have also made their presence felt in Turkey and Venezuela, which are reeling from economic crises.

The increased volume of trading during moments of crisis in these nations shows that when the next major economic crisis hits the world, demand for cryptocurrencies will skyrocket, pushing prices higher.

China and the U.S. are on the verge of a trade war, which is detrimental to the global economy. If not controlled, it can balloon into a full-blown crisis. Therefore, we believe this will put a floor beneath digital currencies.

With most governments and regulators keeping an eye on cryptocurrency markets, we do not expect a vertical rally. Prices are likely to rise gradually, which is good for the long-term growth of virtual currencies.

Bitcoin has continued its journey northwards, closing in on the 61.8 percent Fibonacci retracement level which might act as resistance.

Both moving averages are trending up, which shows that the bulls are in command. A bullish crossover will provide further strength to the current rally. The virtual currency will lose momentum if it breaks below the trendline.

Traders can hold their long positions but raise the stops to breakeven. The virtual currency will turn negative if it sinks below the $6,955.79 level.

Ethereum has been trading inside the symmetrical triangle since August 11. It will start the next move after breaking out or breaking down from the triangle.

On the upside, the ETH/USD pair will face selling at the downtrend line and then at the $358 level. Though the 20-day EMA has turned flat, the 50-day SMA is still trending down.

The virtual currency has not convincingly broken out of the 50-day SMA since May 24, and as such, it will act as stiff resistance. We will turn positive when the price scales the 50-day SMA.

If the price breaks down of the symmetrical triangle, a retest of August 14 lows could be possible.

Ripple has been consolidating between $0.31–$0.37390 since August 18. The 20-day EMA has turned flat while the 50-day SMA is trending down, which shows that selling has subsided.

The XRP/USD pair will show signs of a change in trend if the bulls break out and sustain above the 50-day SMA, which is just above the upper end of the range. The first target on the upside is a rally at the $0.50 downtrend line.

Traders can buy the breakout and close (at UTC time) above the 50-day SMA and keep the SL at $0.309. As the trend has still not turned up, we are only attempting to catch the pullback. Therefore, we recommend to keep the position size at 50 percent of normal. If the bears break below the range, a retest of the lows is probable.

After being stuck in a tight range from August 15 to August 31, Bitcoin Cash rallied sharply on September 1 and 2 and broke out of the downtrend.

The BCH/USD pair is currently facing resistance at the 50-day SMA. If the bulls break out of the 50-day SMA, a rally to $880 is probable. The 50-day SMA has turned flat while the 20-day EMA is gradually turning up. The RSI has also entered into positive territory, which increases the probability of an upward move.

Therefore, traders can initiate a long position above $670 with a stop loss of $470. On the downside, the 20-day EMA is likely to act as a strong support.

EOS triggered our buy recommendation when it closed (UTC time frame) above the 50-day SMA on September 1. However, it has not picked up momentum as we had expected.

EOS has been consolidating close to the 50-day SMA for the past three days. The 20-day EMA has turned up while the 50-day SMA has gone flat, showing an advantage for bulls in the short-term.

On a breakout above $7.25, the EOS/USD pair could quickly rally to $9. On the downside, the zone between the 20-day EMA and $5.65 should act as strong support. As the chart patterns point to a probable change in trend, we suggest traders hold their positions with the stipulated stops.

Trading in Stellar has been lacklustre as it remains range bound between $0.184 and $0.24987525. Both moving averages have flattened out and the RSI is also close to the 50 level, which confirms a state of equilibrium.

A breakout of the range has a pattern target of $0.3157505, but we anticipate a rally to $0.35. The longer the XLM/USD pair remains in the range, the stronger the eventual breakout will be.

The downtrend line might offer minor resistance, but we expect it to be crossed easily. Therefore, we maintain our buy call initiated on August 27.

Litecoin is showing signs of a turnaround, and is currently trying to break out of the downtrend line and the 50-day SMA. If successful, it can quickly move up to $74. The 20-day EMA has turned up while the 50-day SMA is flattening out. This shows that the bulls have the upper hand in the near-term.

If the LTC/USD pair sustains above $74 for three days, the probability of a rally to $94 increases. Short-term traders can continue to establish long positions with suitable stops.

Our bullish view will be invalidated if the bears defend the overhead resistances and sink prices back below the $58 level.

Cardano has been consolidating near the upper end of the range for the past six days. Though it has failed to break out of the range, it has not given up much ground, showing that traders are not dumping their positions.

IOTA has been stuck between the 20-day EMA and the 50-day SMA for the past seven days. The flattening moving averages and the RSI in the positive zone show that selling has subsided. A break out of the downtrend line and the $0.9150 resistance will signal a change in the trend. Therefore, we suggest that traders hold their long positions with the appropriate stop loss.

Our bullish view will be invalidated if the bears breakdown of the support zone between the 20-day EMA and $0.5750.

Monero fulfilled our buy recommendation on September 1 when it closed above the long-term downtrend line. The positive close was followed up by a further move towards the overhead resistance of $150. Moving averages are on the verge of a bullish crossover, which confirms that the trend is changing.

As the RSI has entered into overbought territory, the virtual currency might consolidate close to the $150 level for a few days before breaking out.

The XMR/USD pair will turn negative if bulls fail to hold the next dip above the $109.22 level. Therefore, we suggest holding the current long position with a stop loss of $90. Traders can trail their stops higher in a couple of days.

The Latest Bitcoin Bug Was So Bad, Developers Kept Its Full Details a Secret

The Latest Bitcoin Bug Was So Bad, Developers Kept Its Full Details a Secret