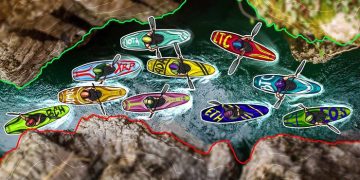 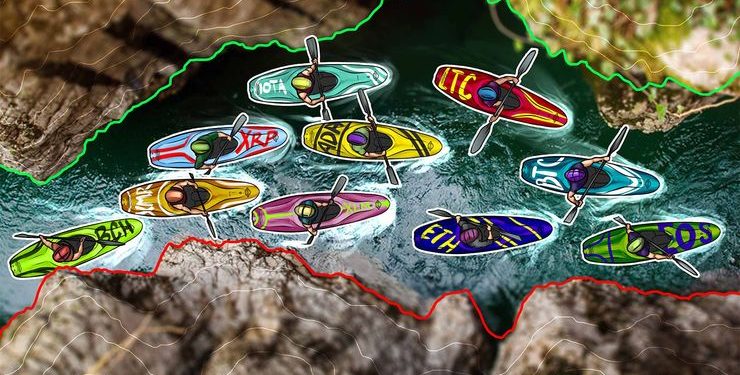 The market is finding it difficult to sustain the total cryptocurrency market capitalization above the $200 billion mark. The news of the U.S. Securities and Exchange Commission (SEC) suspending trading in the Bitcoin Tracker One and Ether Tracker One securities has further dampened the sentiment.

While the total market cap has declined sharply from the start of the year, it is still higher than it was a year ago. On September 10, 2017, the total market capitalization was about $140 billion. This shows that the current fall has only removed the excess froth from the system, which is bullish from a long-term perspective.

Ethereum (ETH) co-founder Vitalik Buterin believes that the space is unlikely to witness another 1000-fold growth. We have also maintained that a repeat of the last year’s powerful rally is unlikely, but the growth in this sector is only starting. As its adoption increases, the activity of both retail and institutional investors will provide another boost to the prices.

However, it is advisable to wait for the prices to show a bottoming formation before buying. Let’s see if we spot any reliable buy setup in any of the top cryptocurrencies that we track.

A bearish descending triangle and a head and shoulders pattern have developed but they will complete only on a breakdown and close below $5,900. Until then, the patterns are not considered complete.

Though the pattern targets of a breakdown are way lower, we shall watch the $5,450 and the $5,000 levels on the downside. Both moving averages have turned down, which shows selling pressure.

Any attempt to recover will face resistance at the 20-day EMA and the 50-day SMA. A breakout above the downtrend line of the descending triangle will indicate a probable change in trend and a move above $7,413.46 will confirm it.

As long as the BTC/USD pair sustains above $5,900, we remain positive about a pullback to $8,566.4. Therefore, we shall propose a long position if we spot a buy setup. Until then, we suggest traders remain on the sidelines.

Ethereum has continued its journey southwards. It has dipped below its pattern target of $192 and made a new 52-week low at $185.12 on September 9.

The next support to watch on the downside is $176. Though the trend is down, the RSI is deep in the oversold territory, which points to a probable pullback within the next few days.

Any recovery attempt to the upside will face a stiff resistance at the 20-day EMA and the downtrend line. We shall wait for the ETH/USD pair to end its decline and form a new buy setup before recommending a trade on it.

The trend remains firmly down with both moving averages sloping down and the RSI in the negative territory. Failure to bounce from the strong supports is another sign of weakness.

If the XRP/USD pair holds $0.27, it might remain range bound for a few more days. We shall wait for the trend to change before suggesting a trade on it.

Both moving averages are turning down and the RSI is in the negative territory, which shows that the bears are in command.

On the upside, the bulls will face a stiff resistance at the 20-day EMA and the 50-day SMA. We shall wait for the BCH/USD pair to form a buy setup before proposing any trades.

Stellar has gradually drifted down to the critical support of $0.184, which has not been broken convincingly since mid-December of last year.

A close below $0.184 will complete a descending triangle pattern, which can result in a drop to $0.11812475 and lower. However, the traders should note that during all of the three previous occasions on which the XLM/USD pair had dipped below $0.184, the bears could not sustain the lower levels. Therefore, the breakdown will be considered valid only if the bears succeed in getting three consecutive closes below $0.184.

We are not suggesting a buy at the current levels because the moving averages have turned down after remaining flat for the past few days, and the RSI is also in the negative territory. This shows that the sellers have the upper hand. We shall wait for buyers to return before suggesting any long positions.

Litecoin has been holding on to the $52 mark for the past two days, below which a fall to $49.466 is probable.

Both moving averages continue to trend down, which shows that the sellers have the upper hand. The RSI is also in the negative territory.

The first sign of a change in trend will be when the bulls break out and sustain above the downtrend line. However, after such a long downtrend, the LTC/USD pair will have to spend a few weeks forming a bottom before starting a new uptrend. We don’t find any buy setups at the current levels.

Cardano has broken below the critical support of $0.083192, which increases the probability of a fall to the pattern target of $0.054541.

Both moving averages are sloping down and the RSI is close to the oversold territory, which shows that the sellers are in command. The failure of the ADA/USD pair to bounce off the critical support shows a lack of buying interest.

Traders should wait for the virtual currency to stop falling and find a bottom before initiating any long positions.

Monero found support at the downtrend line on September 9 but the bulls are facing a stiff resistance at the moving averages, located close to $111.

If the XMR/USD pair turns down from the overhead resistance and breaks below $100, it can retest the $81 line. Therefore, we suggest trailing the stop losses higher to $95 on the long position.

On the other hand, if the bulls succeed in breaking out of the overhead resistance, a move to $120 and thereafter to $140 is probable.

Both moving averages are sloping down, which shows that the sellers still have the upper hand.

However, if the bulls scale above the 20-day EMA, the IOTA/USD pair will again attempt to break out of the 50-day SMA, which has been a major resistance. Therefore, traders can hold the long positions with the stops at $0.46.