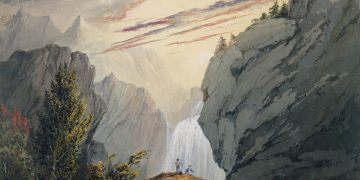 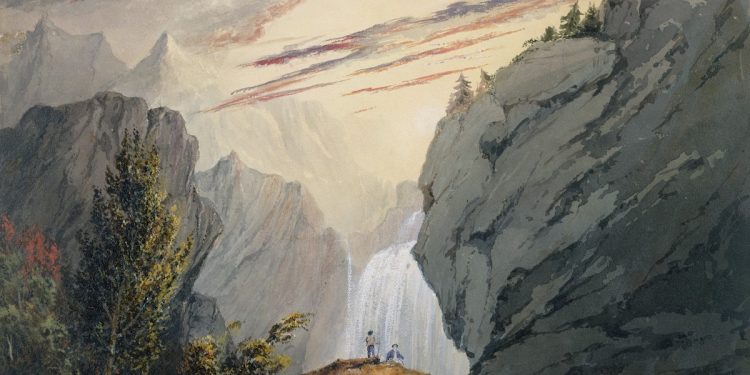 2020 may see crypto’s most consequential fork yet: A split between regulated exchanges and privacy-focused users.

Late last week, Binance’s Singapore arm threw crypto Twitter into a frenzy with reports that it had allegedly suspended one user’s account. The problem? That user, @bittlecat, had tried sending their bitcoin to the hash-scrambling Wasabi wallet in an apparent violation of Binance SG’s anti-money-laundering (AML) policies.

Binance SG refused to transact “directly or indirectly” with a variety of often illicit-tied crypto services, “especially darknet/mixer sites,” according to @bittlecat’s tweets of their email exchange with Binance SG support.

@bittlecat’s suspension was temporary. But if Binance SG’s anti-mixing policy holds – especially if it spreads to other exchanges – developers and observers say it could cut the crypto ecosystem in two.

“I think the exchanges are slowly coming to a crossroads,” said Gergely Hajdu, a developer with Wasabi wallet.

Users of privacy-enhanced wallets may find it ever-harder to move coins to and from regulated exchanges.

“Some exchanges may be completely foreclosed,” Hajdu said. “It will be so bad that I can’t express.”

On one side of this chasm: the crypto service providers embracing oversight from their local regulators and global watchdogs like the Financial Action Task Force (FATF). And on the other side: privacy-conscious users, some of whom turn to shadowy-but-not-necessarily-illegal coin mixing services to shield what they hold.

“The big picture is more regulation is coming, and it’s gonna make this look, pretty normal in a couple of years,” said Tom Maxon, Head of U.S. operations for blockchain security company CoolBitX.

Observers see this as one battle in the larger war to determine crypto’s direction.

There are the space’s early ideals, its proponents preaching as they did a decade ago, that bitcoin will bring privacy and financial autonomy to millions – irrespective of borders. Bitcoin, it was said, could be the decentralized answer to a world in seemingly constant consolidation mode.

Bitcoin could be traded peer-to-peer. Bought on exchanges. Shuffled between wallets (essentially digital bank accounts) that carried no personal identifiers. Mixed on services like Wasabi Wallet to make tracing it hard.

But that vision never sat well with governments. Nor with their regulators, wary of a financial instrument they could not control.

“Regulators are not comfortable with gray,” Maxon said.

And as millions – then billions – of dollars began flowing into bitcoin and other crypto assets, chief players around the globe began pushing for some way to regulate it.

The laws came slowly at first. Now, however, intergovernmental organizations like the FATF have set the world up for a regulatory sprint. FATF’s June guidance on a “risk-based approach for virtual assets and virtual asset service providers” gave financial regulators the world over a unified understanding upon which police the space.

FATF’s guidance hardly bans “virtual assets.” Nor does its global framework rule out “mixing services.” But it highlights their money-laundering risks, teeing up regional rule-makers for a crackdown on “obfuscatory” technologies that governments like Singapore’s have hinted at.

Maxon’s firm is developing a tool to help exchanges deal with the FATF’s travel rule, an outcome of the June guidance that pushes “virtual asset service providers” to share reams of customer data – much like the requirements traditional banks face. He sees the potential split as almost inevitable.

“The regulators are going to move this forward more swiftly than we’ve seen before,” Maxon said. “And then the ramifications, like these other services like mixers are going to be harder to use. It’s that kind of stuff that’s going to peter out over the coming years.”

Mixing in the gray zone

Mixing obscures the path one’s cryptocurrency takes; in the case of Hajdu’s Wasabi wallet, a Chaumian CoinJoin mixer scrambles multiple parties’ unspent transaction outputs (UTXO) into a nearly untraceable cryptographic mess. Put simply: multiple parties send their coins to multiple receivers in one transaction, making it hard to suss out who sent what to whom.

The Monetary Authority of Singapore (MAS) has not thrown out mixing entirely. Its webpage on the FATF guidelines does, though, say that virtual asset service providers should take careful note of “factors that could obfuscate transactions.”

“Binance SG operates under the requirements as set forth by MAS and our MAS regulated partner, Xfers. Hence there are AML CFT controls set in place for the Binance SG and the user triggered one of its risk control mechanisms,” Li said.

“From a corporate perspective, it’s a lot easier for me as a regulated money business to have a policy saying, ‘Hey man, we’re not going to allow this [activity] even though it’s perfectly legal because we don’t want heat from the regulators,” said Bohn.

Bohn said he believes the public has an inherent right to financial privacy. And though his cryptocurrency investigations often rely on the bitcoin blockchain, he nonetheless supports an individual’s desire to live off the map.

By the same token, he is skeptical that exchanges should be calling the shots over what’s permissible, and what’s not. He points out that right now an exchange has no way of knowing who controls a destined account once its user withdraws.

“Let’s say the exchange takes action against me based only on their assumption that the next wallet is still under my possession. Do we really want the technology corporations to be the arbiter?” he said.

Wasabi transactions have a “pretty unique” identifier that makes it “very easy to identify them in numerous ways,” according to Wasabi developer Bálint Harmat. But he insisted that his mixer, and others, are not inherently illegal. He also noted that Wasabi has reached out to Binance and Chainalysis to clarify the situation and prevent future issues.

A spokesperson for Chainalysis echoed that sentiment in an email statement.

“While mixers themselves are not illegal, we know that stolen funds from hacks and scams are often laundered through mixers. We recommend that our cryptocurrency exchange customers configure Chainalysis KYT to flag large transfers or high-velocity small transfers from mixers for further investigation because it could prevent criminals from cashing out stolen funds.”

Regulatory gears are already moving in radically anti-anonymity directions. Maxon, the CoolBitX executive, said FATF’s travel rule will have the most visible and immediate repercussions. Exchanges, he said, will develop user-filled forms built into their interface.

“Who are you sending this crypto transaction to? What is their name? What is their account number on that exchange?” he said, illustrating how those forms will appear.

“I think even people who are not that privacy-minded will think: “Oh crypto is not decentralized anymore,” Maxon said. “It never really was on the centralized exchanges, but it kind of breaks the spell.”