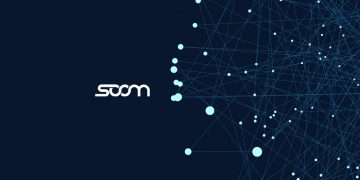 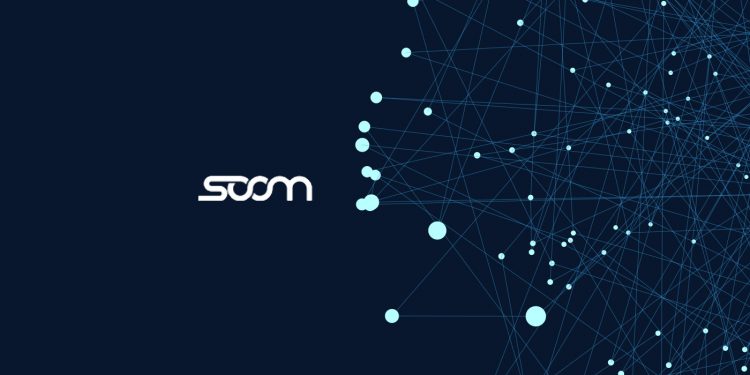 The SOOM Foundation is a company based in Switzerland with SOOM Tech, the research and development center based in Singapore. Together they have created the SOOM Ecosystem and the 4th Blockchain which is a Blockchain-as-a-Service platform which they hope will overcome many of the obstacles facing the current blockchain technology.

The SOOM Foundation outlines several key issues with current blockchain technology, including the limited operational speed, large amount of energy used, and restricted practical applications. The SOOM Foundation and SOOM Tech are creating an end-to-end blockchain ecosystem that resolves these issues. It should deliver increased security and scalability, which should, in turn, enhance the potential of the blockchain.

What Is 4th Blockchain?

4th Blockchain is the end-to-end blockchain ecosystem that SOOM is creating. It is a Blockchain-as-a-Service platform that should be able to fulfill the needs of various organizations that want to take advantage of the blockchain. Specifically, it can help those who want to get around the burden and cost associated with the development, maintenance, and updates of the backend of a complex node network. 4th Blockchain has many innovative features that help support smartphone-based projects, as well as more conventional ones.

Just some of these potential projects include payment systems, real estate, telecommunication, banking services, and supply chain management. Additionally, the 4th Blockchain ecosystem will make it possible to mine with a phone while minimizing transaction fees, increasing operational speed, and enhancing security. What Has SOOM Tech Created?

SOOM Tech combines blockchain with time/space concepts to deliver 4th Blockchain with foolproof security and enhanced processing speed. It uses algorithms that rely on values of time and space to determine live positioning and time stamps. There is 512 Node maintenance, as securing time is commonly found among data storage solutions in the blockchain.

SOOM Tech will also deliver additional turnkey solutions for industries and enterprises of all sizes who want to add blockchain technology to their services. SOOM Tech is also working to create SOOM miner, SOOM X-POS, and SOOM Mobile Phone.

SOOM Tech created two innovative new consensus algorithms that allow for mobile mining, Proof of Transaction (POT) and Proof of Group Stake (POGS). The goal with these algorithms is to make it possible for all smartphone users to take advantage of the exceptional outcomes of the blockchain.

What Type of Security Does SOOM Provide?

In addition to the conventional dual security system, SOOM has added an extra layer of security to stop hacking of smartphones during transactions. This extra security is possible thanks to the creation of a Group Private Key that gets renewed following the creation of each new block.

The SOOM Coin is the native currency for 4th Blockchain and will be the key to accessing to the future services. There is a total of 1,438,000,000 coins. Of these, 430 million are distributed to the community, with 400 million via an airdrop and 30 million via presale. 640,382,000 SOOM Coins are distributed for further development, 18 million will go to promotion events, 159,618,000 will go to the mining reserve, and 190 million will go to the team and legal advisors.

Of the funds raised from the sale of the SOOM Coin, 46 percent will go to the development of 4th Blockchain. Then, 20 percent is allocated for operations, 15 percent to marketing, 10 percent to the reserve, 5 percent to strategic partnerships, 2 percent to legal, and 2 percent to charity.

The SOOM Wallet is still in its first phase of development and is a method of securely storing SOOM Coins on a desktop or mobile device in an easy-to-use manner. Once 4th Blockchain goes live, the SOOM Wallet will become the all-in-one wallet that accommodates the needs of everyday customers. It will let customers pay for daily expenses using the cryptocurrency they prefer.

Based in South Korea, SOOMPAY is a mobile-based payment company that delivers support for the major Chinese mobile payment services, including UnionPay QuickPass, Wechatpay, and Alipay. Merchants who use SOOMPAY will get an automatic settlement of transactions in their local currency.

What Has SOOM Already Accomplished?

In March, the head office opened in Las Vegas, Nevada, and the Tokyo, Japan, branch office opened. April saw partnerships with Vimo in Vietnam and Visa in Japan, plus the SOOMPAY Technology and Service Seminar in China and the ICO submission. In June, SOOM held the 4th Blockchain Technology Conference in China. In July, it announced a partnership with Lotte in Vietnam.

In January 2019, the 4th Blockchain will be introduced in Japan, and SOOMPAY operation will begin in Macao in March. June will see the introduction of X-POS in Japan and China. In September 2019, SOOM will hold its IPO in Australia and begin operating SOOMPAY in the United States. By December 2019, X-POS will be introduced worldwide, SOOMPAY will have its operation debut, and there will be an international conference.

SOOM is working to create their 4th Blockchain platform, a new ecosystem for Blockchain-as-a-Service that aims to overcome many issues with current blockchains, such as scalability and processing times. The SOOM Foundation has already achieved a fair amount of progress and has clear plans for the future.

How to Mine Stellite Coin (XTL): Complete Beginner’s Guide

How to Mine Stellite Coin (XTL): Complete Beginner’s Guide