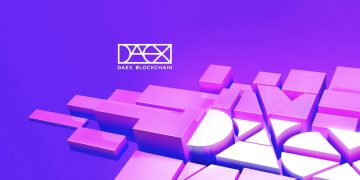 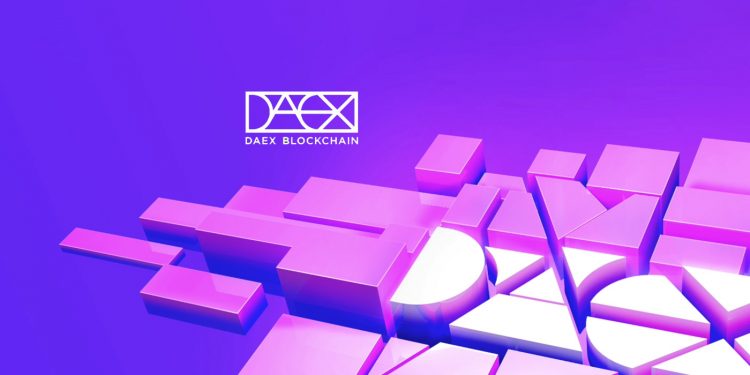 DAEX Blockchain calls itself the most reliable of the clearing ecosystems for digital assets. The DAEX Ecosystem aims to deliver a more trustworthy and efficient trading environment for traders as well as exchanges. One of the goals of DAEX is separating trading and clearing into separate entities. The clearing chain will be the ecosystem’s core product, and enterprises and traders will also be able to use the ecosystem’s multi-asset wallet.

The foundation chairman of DAEX is Benjamin Gu. Hana Zhang is a co-founder and another company leader. The Lois Shen is COO, Jason Tang is the chief architect, and Stone Zhou is the wallet architecture scientist.

Why Is DAEX Necessary?

The team behind the project created DAEX in response to the growth of cryptocurrency, which led to an increase in demand for convenience and safety in digital transaction transactions. Traditional centralized exchanges are popular thanks to their liquidity, fast transaction speeds, and intuitive user interfaces. However, the clearing services and trading occur in a centralized environment while they stay in control of customer assets. That infrastructure results in vulnerabilities to internal fraud and hacking attempts.

DAEX began with the goal of resolving those issues of centralized exchanges with smart contracts and distributed ledger technology. This allows for transparency for both traders and exchanges. The resulting infrastructure lets traders stay in control of their own assets and offers the benefits of clearing on a public chain.

How Does DAEX Work?

The clearing solution offered by DAEX for centralized cryptocurrency exchanges is based on the distributed ledger technology. Rules for both settlements and clearing are preprogrammed into the clearing smart contracts found on the clearing chain. The process of clearing is completely automatic without any human interference. To further guarantee objectivity during clearing, DAEX uses a well-thought-out consensus mechanism on its clearing chain. For added transparency, the digital assets that customers store on DAEX are registered and then stored on the DAEX clearing chain. It is impossible for any other individuals or institutions to access assets without the permission of the asset owner.

What Are the Values of DAEX?

One of the core values of DAEX is security, with a secure blockchain. All assets registered within the DAEX ecosystem have a joint custodian organizational system, and the DAEX wallet features a multilevel encryption mechanism.

DAEX also strongly values transparency, and it can deliver transparent accounting information thanks to its structure as a public clearing chain instead of a private one. This lets everyone witness and share the benefits of the clearing ecosystem from DAEX.

Finally, DAEX embraces openness by delivering an open ecosystem that supports clearing and trading. The infrastructure of the DAEX ecosystem also supports the possibility of future business in derivatives, allowing for expansion in an open matter.

How Does DAEX Help Traders and Institutions?

What Are Some Key Components of DAEX Ecosystem?

DAEX will include an open-source public blockchain that acts as a clearing chain. It allows for cross-chain clearing of digital assets for added convenience. This is the core product of the ecosystem, giving individual customers and institutions a unified service for settlement and clearing that uses distributed ledger technology. The ecosystem will also include the DAEX Wallet, which supports multiple assets and signatures. The wallet has multiple encryptions to provide security and safety. The end users of the wallet are in full control with complete ownership of their assets.

How Are the Parts of the DAEX Ecosystem Connected?

What Should You Know about the DAX Token?

The DAX token is used by the DAEX ecosystem to facilitate cooperation between various parts of that ecosystem. As with other projects, DAEX issues DAX as a fundraising mechanism, as well. There is a total of 2 billion DAX tokens, with the majority allocated for the later mainnet distribution. The rest of the tokens are for the exchange partners, team and advisors, and other partners.

During the initial token sale, DAEX will accept contributions in BTC, ETH, NEO, and QTUM. The DAEX Foundation will manage the cryptocurrencies received, and all involved exchanges will supervise the process. DAEX will have a token repurchase program plus a phased lock-in program, both of which should help prevent inflation.

It is also worth noting that via the DAEX ecosystem, any asset owner can make digital assets that are based on DAEX tokens, but they must meet legal requirements.

In Q1 2018, DAEX published the non-technical whitepaper, which was followed by the technical whitepaper in Q2. Q4 of 2018 will see the release of the testnet for beta testing. In Q2 of 2019, DAEX will release the main net version 1.0. This will be followed in Q4 of the same year with version 2.0.

DAEX provides a clearing ecosystem for transactions involving digital assets. DAEX has a clearing chain that can be used by centralized cryptocurrency exchanges to deliver security, transparency, and openness. The testnet for the project’s beta testing will be released later this year.

How to Mine X-Cash Coin (XCA): Complete Beginner’s Guide

How to Mine X-Cash Coin (XCA): Complete Beginner’s Guide