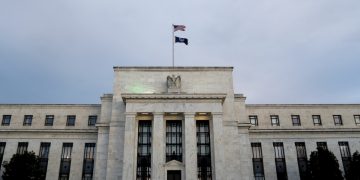 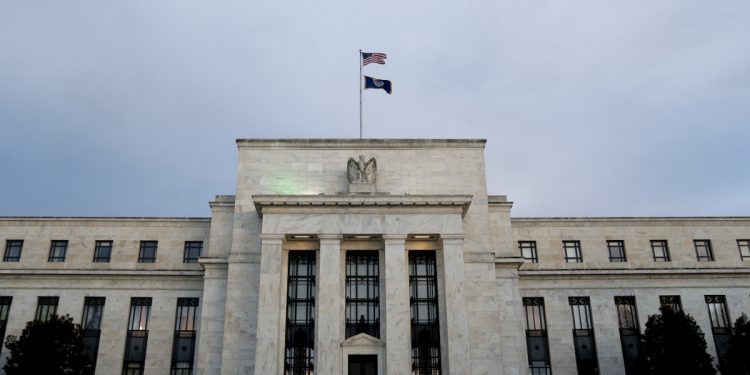 The United States will adopt bitcoin as a reserve asset.

Why? Because it is unequivocally in U.S. strategic interests to do so.

Alex Treece is a co-founder at Zabo, a platform enabling fintechs and financial services companies to easily connect cryptocurrency accounts to their applications.

The question is not if this will happen, but when. Whether it happens within 12 months, two years, five years or 10 years will have major implications for U.S. positioning for decades. Failure to embrace bitcoin sooner rather than later will damage U.S. strategic interests and benefit rivals adopting it first.

By examining how the U.S. and other countries manage their reserve assets today, we can already see the logic for this transition to occur.

This makes the U.S. the largest holder of gold in the world – by a wide margin – with over two times the amount of the next largest holder (Germany).

Historically there was a very good reason for the U.S. to own gold: The U.S. dollar was pegged to its value. Yet, the U.S. broke with the gold standard in 1971, ushering in the fiat currency age that has existed ever since.

So why exactly do the U.S. and other countries continue to own all this gold?

Here are some of the reasons provided directly from central bankers themselves:

Combine these reasons with the cultural importance of gold, and it’s uncontroversial to say that having more gold than everyone else is a very good thing.

Bitcoin’s similarities to gold are well documented, earning it the appropriate nickname of “digital gold.”

Yet, while bitcoin shares many similarities with gold, including scarcity, stable supply inflation, fungibility and durability, it also makes major improvements over gold in some key areas:

For these reasons, a rapidly increasing number of people, companies and institutional investors agree that having more bitcoin than everyone else is a very good thing.

Tomorrow it will include countries, too.

So far, countries and their central banks have resisted (publicly) making or disclosing investments in bitcoin.

In fact, they’ve done the opposite in some cases. European Central Bank head Christine Lagarde was quoted saying it’s “very unlikely” central banks would make the move into bitcoin in the near future. Nigeria’s central bank recently reiterated its outright ban of cryptocurrency. India’s Parliament proposed its own crypto ban, despite the country’s Supreme Court ruling it lawful.

But there is near certainty that this dynamic will ultimately reverse, potentially within the next 12 months.

In the near term, there exists an irresistible arbitrage opportunity for a country silently to accumulate a bitcoin position and later announce its holdings. Bitcoin being adopted as a sovereign reserve asset is often considered the “final boss” of adoption milestones. It finally happening would send an ultra-bullish signal and vaporize doubts among traditional investor holdouts, including other central banks.

The resulting adoption acceleration would bestow huge windfalls for early adopter countries who managed to accumulate early in this transition.

The outcomes of these sovereign techno-economic games determine the fate of empires.

Let’s assume a country agrees and decides to buy a relatively small hedge position in bitcoin: 1-5% of its reserves. The upsides are clear, but what’s the downside for being wrong? If it turns out that bitcoin never becomes a global reserve asset, the nation is simply stuck with owning a rapidly growing, highly liquid, alternative asset that behaves a lot like gold.

But what if it doesn’t buy any bitcoin and it does become a global reserve asset? Any late adopter country would see its sovereign wealth diminished relative to early adopters and would be forced to capitulate at higher prices later.

Yet, for the U.S., the downside of not being one of the winners of bitcoin is greater than just about anyone else.

The U.S. is well-known for using the global financial system – and the U.S. dollar’s status as the global reserve currency – to project its power and punish its adversaries. It’s no surprise, then, that rivals such Russia and China have built their gold reserves to historical levels at the expense of USD and U.S. Treasurys.

Their overall goals are clear: create alternatives to the current U.S. monetary hegemony.

As bitcoin continues to gain adoption and becomes a global reserve asset, it will be thrust into this great competition between nations.

If America’s rivals embrace bitcoin first and take advantage of the reserve asset arbitrage, not only will they secure a once-in-a-generation economic windfall, they will also be in position to damage U.S. foreign policy and strategic interests.

Fortunately, the U.S. can avoid this outcome, if it acts boldly and embraces bitcoin first.

Despite a complete lack of leadership from executive and legislative branches of government so far, corporate America and American investors are currently winning this competition for the U.S.

Much of the world’s bitcoin is custodied in the United States. Many of the iconic companies in the cryptocurrency industry – firms like Coinbase, Gemini, BitGo, NYDIG, Digital Currency Group (CoinDesk’s parent company) and others – are all U.S.-based. The vast majority of corporate treasury purchases have been made by U.S. companies.

Whether to maintain its leading position of power and wealth or to prevent adversaries from gaining an economic and geopolitical edge, the right strategic move is very clear: The U.S. should play to win with bitcoin. This includes being one of the first to adopt bitcoin as a reserve asset and doing everything possible to ensure the U.S. continues to be the home for many of the most innovative cryptocurrency companies.

The U.S. has found itself at the crossroads of many consequential technology shifts before: the space race, the atom bomb, the internet and, more recently, the race for general purpose artificial intelligence. The outcomes of these sovereign techno-economic games determine the fate of empires.

For the U.S., it’s a game it is unknowingly leading and can still decisively win. But the opportunity to do so is closing.