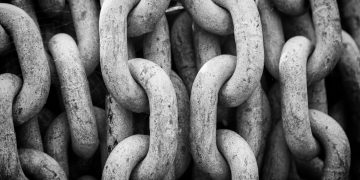 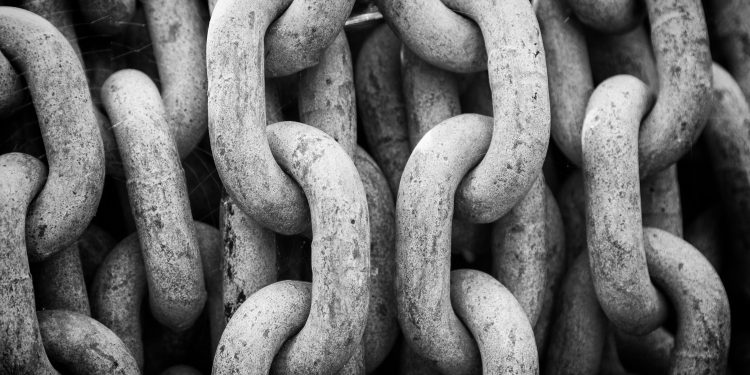 Balaji S. Srinivasan is the former CTO of Coinbase, a Board Partner at Andreessen Horowitz and a member of CoinDesk’s advisory board.

While some critiques of this critique are already out there (1, 2), I’d propose a simple one sentence rebuttal: public blockchains are useful for storing shared state, particularly when that shared state represents valuable data that users want to export/import without error — like their money.

Take a look at the cloud diagrams for Amazon Web Services, Microsoft Azure, or Google Cloud. There are icons for load balancers, transcoders, queues, and lambda functions.

There are icons for VPCs and every type of database under the sun, including the new-ish managed blockchain services (which are distinct from public blockchains, though potentially useful in some circumstances).

What there isn’t an icon for is shared state between accounts. That is, these cloud diagrams all implicitly assume that a single entity and its employees (namely, the entity with access to the cloud root account) is the only one laying out the architecture diagram and reading from or writing to the application it underpins. More precisely, these diagrams typically assume the presence of a single economic actor, namely the entity paying the cloud bills.*

But if we visualize the cloud diagrams for not just one but one hundred corporate economic actors at a time, some immediate questions arise. Can these actors interoperate? Can their users pull their data out and bring it into other applications? And given that the users are themselves economic actors, if this data represents something of monetary value, can the users be confident that their data wasn’t modified during all this exporting and importing?

These are the types of questions that arise when we think about the data export and import from each entity’s application as a first-class requirement. And (with exceptions that we’ll get into), in general, the answer to these questions today is typically no.

No — different applications typically don’t have interoperable software, or allow their users to easily export/import their data in a standard form, or give users certainty that their data wasn’t intentionally tampered with or inadvertently corrupted during all the exporting and importing.

The reason why boils down to incentives. For most major internet services, there is simply no financial incentive to enable users to export their data, let alone to enable competitors to quickly import said data. While some call this the data portability problem, let’s call it the data export/import problem to focus attention on the specific mechanisms for export and import.

Even though the financial incentives aren’t yet present for a general solution to the data export/import problem, mechanisms have been created for many important special cases. These mechanisms include APIs, JSON/PDF/CSV exports, MBOX files, and (in a banking context) SFTP.

Let’s go through these in turn to understand the current state of affairs.

Each of these mechanisms is widely used. But they are insufficient for enabling the general case of tamper-resistant import and export of valuable data between arbitrary economic actors — whether they be corporate entities, individual users, or headless scripts. For that, we need public blockchains.

This last point deserves elaboration. A public blockchain like bitcoin or ethereum typically records the transfer of things of monetary value. This thing could be the intrinsic cryptocurrency of the chain, a token issued on top of the chain, or another kind of digital asset.

Because the data associated with a public blockchain represents something of monetary value, it finally delivers the financial incentive for interoperability. After all, any web or mobile app that wants to receive (say) BTC must honor the bitcoin blockchain’s conventions. Indeed, the application developers would have no choice due to the fact that bitcoin by design has a single, canonical longest proof-of-work chain with cryptographic validation of every block in that chain.

So, that’s the financial incentive for import.

As for the incentive for export, when it comes to money in particular, users demand the ability to export with complete fidelity, and very quickly. It’s not their old cat pics, which they might be ok with losing track of due to inconvenience or technical issues. It’s their money, their bitcoin, their cryptocurrency. Any application that holds it must make it available for export when they want to withdraw it, whether that means supporting send functionality, offering private key backups, or both. If not, the application is unlikely to ever receive deposits in the first place.

That’s a real breakthrough. We’ve now got a reliable way to incentivize the use of shared state, to simultaneously allow millions of individuals and companies access to read from (and thousands to write to) the same data store while enforcing a common standard and maintaining high confidence in the integrity of the data.

This is very different from the status quo. You typically don’t share the root password to your database on the internet, because a database that allows anyone to read/write to it usually gets corrupted. Public blockchains solve this problem with cryptography rather than permissions, greatly increasing the number of simultaneous users.

It’s true that today public blockchains are typically focused on monetary and financial applications, where the underlying dataset represents an append-only transaction history with immutable records. That does limit their generality, in terms of addressing all the different versions of the data import/export problem. But there’s ongoing development on public blockchain versions of things like OpenStreetMaps, Wikipedia, and Twitter as well as systems like Filecoin/IPFS. These wouldn’t just represent records of financial transactions where immutability was a requirement, but could represent other types of data (like map or encyclopedia entries) that would be routinely updated.

Done right, these newer types of public blockchain-based systems may allow any economic actor with sufficient funds and/or cryptographic credentials to not just read and write but also edit their own records while preserving data integrity. Given this capability, there’s no reason one can’t put a SQL layer on top of a public blockchain to work with the shared state it affords, just like an old-fashioned relational database. This results in a new type of database with no privileged owner, where all seven billion humans on the planet (and their scripts!) are authorized users, and which can be written to by any entity with sufficient funds.

That day isn’t here yet. It remains to see how far we can push the use cases for public chains. And scaling challenges abound. But hopefully, it’s clear that while public blockchains are indeed a new kind of database, they offer something quite different than what a traditional database offers.

* The one exception is the so-called “Requester Pays” feature that Amazon and other cloud services offer. This is a cool feature that lets someone pay to write to your S3 bucket. But it’s permissioned – it still requires every would-be writer to open an AWS account, and the bucket owner has to be willing to let them all write to their bucket, so there’s still a single distinguished owner.