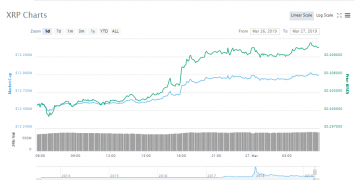 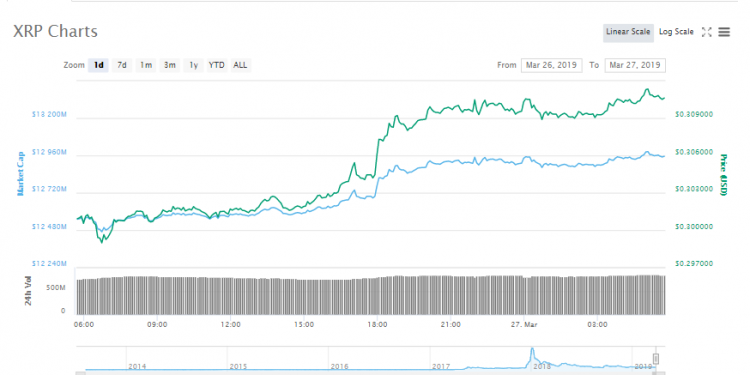 XRP community is celebrating the increased adoption of XRP. With Weiss Crypto Agency ranked XRP grad A, XRP is getting mainstream attention from players like Huobi, Bitfi, and Bitrue exchange.

Announced on March 25, 2019, Bitfi cryptocurrency wallet is launching XRP as a result of increased support and demand from XRP community. As soon as Bitfi released the announcement of listing the third largest crypto, masses showed positive reviews and responses towards Bitfit’s official Twitter account. Accordingly, Bifti stated ‘Wow!, What an outpouring of support and excitement’.

You asked, we listened. XRP is launching in Bitfi soon. And no, it is not like Bitcoin, poses no threat to Bitcoin, & serves a completely different purpose. Let’s keep an open mind & make the entire community stronger. Spread the love ❤️ #xrp #ripple pic.twitter.com/RqSgl2UYEG

According to the latest report, Bitrue Global Digital Asset Exchange is supporting XRP in four different trading pairs.
After the quick bullish view of Bitfi supporting XRP, Bitrue exchange announced new XRP trading pairs which are available for trading – those are, ZIL/XRP, IOST/XRP, GNT/XRP, and ICX/XRP. Consequent to the announcement, XRP is now the base currency for Zilliqa (ZIL), IOST (IOST), Golem (GNT) and ICON (ICX) cryptocurrencies.

The inclusion of XRP new trading pairs comes in a wake of Bitrue’s weekly airdrop which will end on March 31, UTC+*.

Moreover, In the last week alone, Bitrue hit the various announcement of adding multiple XRP trading pairs. Consequently, on March, Bitrue exchange revealed that they are having 34 XRP pairs in total wherein the coins that latest to join the party includes DASH, BAT and STORM.