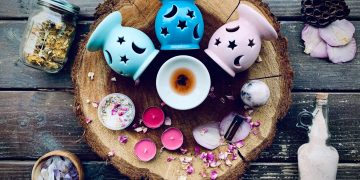 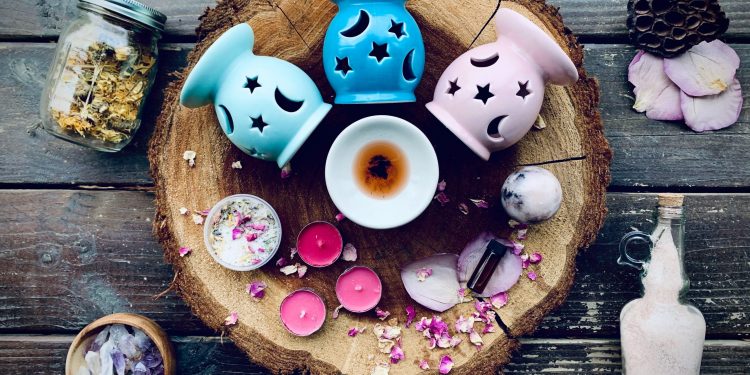 We live in an age where young women use everything from emojis to bitcoin to practice witchcraft.

Claire Gallant, an ethereum fan who founded the Future Witch Facebook group, along with a corresponding art installation to fundraise for the crypto research startup Open Privacy, said she sees many similarities between cypherpunk values and witchcraft. (Open Privacy founder Sarah Jamie Lewis cheekily refers to herself as a cyberpunk witch on Twitter.)

“I think witchcraft and crypto are deeply involved with each other,” Gallant said.

After all, Gallant said technology is “a little bit magic to us,” something that is spoken (and coded) into existence. Beyond that, cryptocurrency can enhance witches’ power by letting them transact beyond the grasp of restrictive mainstream commerce platforms.

“Whether it’s ritual objects or access to birth control in various places around the world … that whole scale applies to crypto as it applies to cash,” Gallant said, describing her interest as primarily feminist. “If you don’t have privacy and security, you don’t own yourself anymore. So cryptocurrency is important for that.”

Although witches often use TikTok and Instagram to share spells and recipes, they have not always been welcome on e-commerce platforms. Etsy temporarily banned witchcraft-related sales in 2015, just as eBay did in 2012. Taboo or occult religious practices can sometimes be subject to financial censorship due to potential reputational risks. In 2017, witches reported being banned by Square for selling “occult” items.

That’s why feminist author Sophia Digregorio publishes manifestos about “How Witches and Occultists Can Use Bitcoin and Altcoins for Privacy and Anti-Discrimination.”

From Gallant’s perspective, the right to purchase and objects for her own personal use is crucial. Even as these issues apply to all religious minorities, they are more likely to be censored if the person violating social norms is a woman.

Open Privacy’s Lewis found a similar motivation herself. She and Gallant are among the many crypto enthusiasts that incorporate spirituality into their tech experiments.

“When someone asked if I was an activist or a researcher, I told them I was a witch,” Lewis said.

“We’ve delegated what is ‘appropriate’ to sell, advertise or even believe to some extent, to these platforms,” Lewis added, referring to platforms like eBay that have temporarily banned or penalized occult shops.

For a more recent example, the organizers behind the witchcraft pen-pal project Witch Swap, which helps witches share books, crystals, tarot cards and other ritual tools, said they created a backup Instagram account after the original account wrongly triggered the platform’s community standards enforcement. On the other hand, Kelsey Lester-Perry, the entrepreneur behind KVLT Kreations online shop, said she accepts bitcoin although Etsy and Instagram still work for such sellers and novice learners most of the time.

“I get the best information from just having a dialogue with my community on Instagram,” Lester-Perry said. “There are certain keywords that you shouldn’t put an Instagram post, like you shouldn’t use dollar signs. Their bots will catch those if you say the word ‘giveaway.’”

Yet as the Witch Swap instance shows, accounts that promote witchcraft but don’t sell or directly distribute occult products can still attract scrutiny. All things considered, many tech-savvy witches believe the types of systems-thinking used in astrology or tarot deck readings can also apply to cryptocurrency ecosystems. And they see this technology as crucial to ensuring their future rights to freedom of religion, both in terms of commerce and self-expression.

“The acceptable norms are shrinking,” Lewis said. “We need these technologies and avenues to push back against that shrinkage. Without them, we live in a much smaller word.”