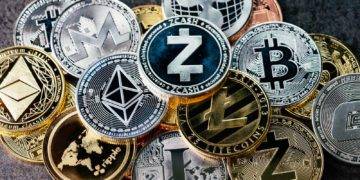 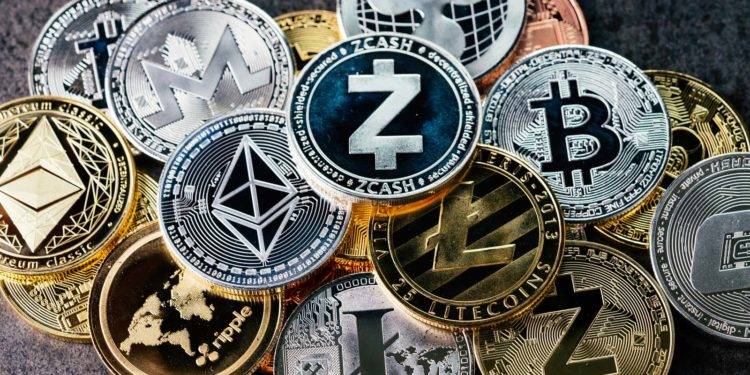 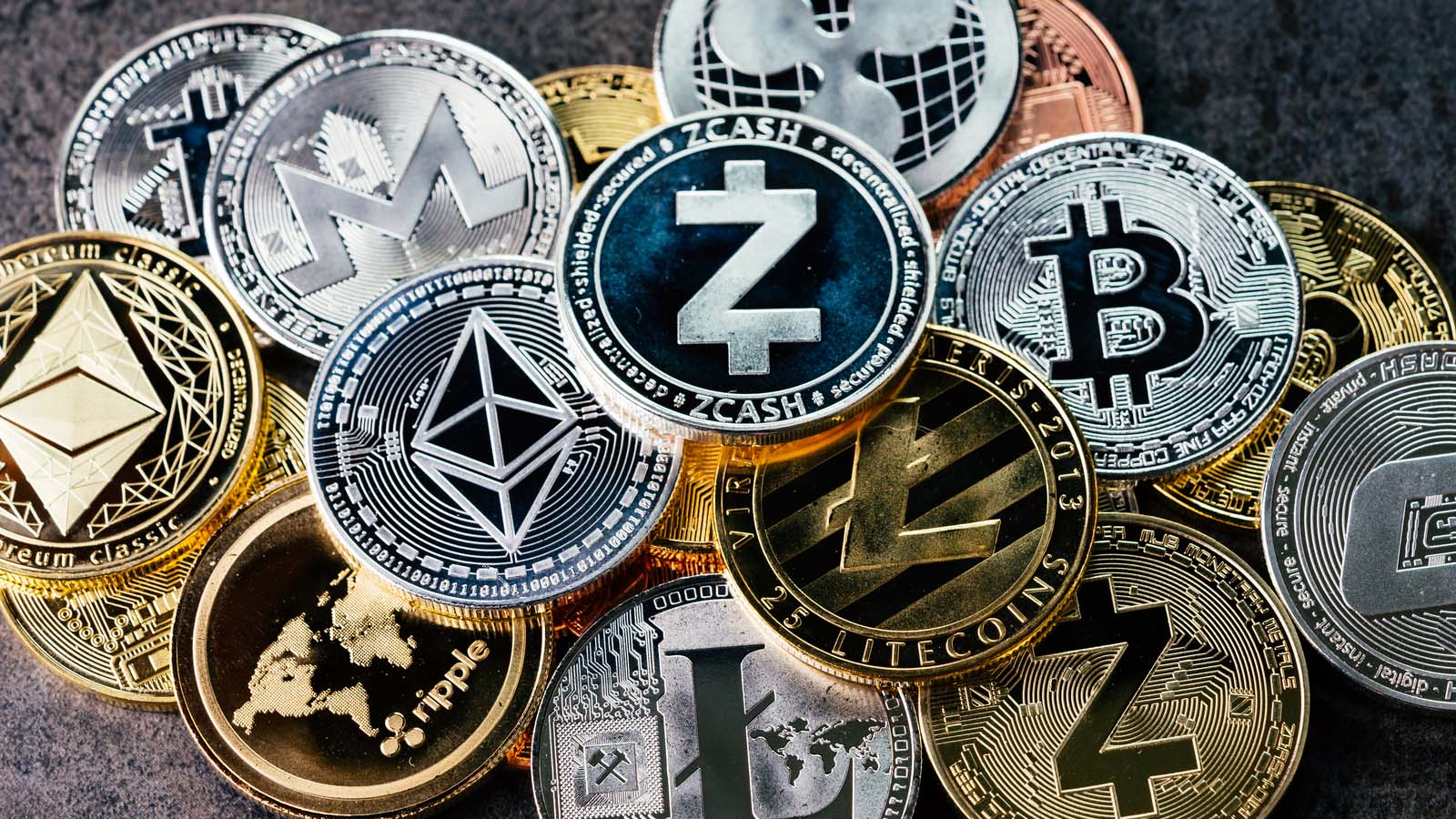 According to some crypto industry observers, a new altcoin season has begun. Altcoins — cryptocurrencies other than Bitcoin (BTC) — have tripled in value over the last month, with projects such as Solana, Cardano, and Polkadot seeing their tokens triple in value. Despite the fact that people are yelling “alt season” with a familiarity, the industry is still very much in uncharted territory.

According to the alt season indicator, the industry is in the midst of an alt season, with a 32% inclination. While The Altseason Index defines an alt season as a period of 90 days in which 75 percent of the top 50 altcoins outperform Bitcoin, it is not yet an alt season. But, if the last few weeks are any indication, the altcoin market is just getting started, and it is already demonstrating its eagerness to impress.

One theory for why an alt season is on the horizon is that general sentiment toward Bitcoin has stabilized. Bitcoin outflows are funding more altcoin projects, resulting in new tokens reporting impressive growth. Could there be a lot more to the story than that?

Alt seasons, which are a necessary evil in the cryptocurrency sector, can be both beneficial and detrimental to the crypto economy. On the one hand, they are a positive indicator of the market’s health, showing that new money is flowing into the market and causing valuations to soar in response. When the speculation outpaces the utility of these tokens, however, it can cause significant market declines as well as massive losses for speculative investors.

Although the cryptocurrency and digital assets industry has evolved significantly in recent years, according to Hunain Naseer, senior analyst at OKEx Insights, there isn’t much new to be found this time around. Ethereum is breaking out against Bitcoin and is beginning to outperform the market leader, according to the author. “The same thing happened in prior alt-seasons,” he continued, adding that “ETH is spearheading a market-wide boom, and as long as it continues strong, the trend can continue till the end of the year.”

Many factors, including the recent nonfungible token boom (which occurred particularly in August), are contributing to the recent altcoin rally, according to Naseer. This includes the market’s renewed belief in the speculative value of digital assets, which Naseer believes is a contributing factor to the recent altcoin rally. Positive news has swept through the cryptocurrency market recently, with announcements for Ethereum’s London hard fork as well as for the debut of Cardano smart contracts and cross-chain bridges on Cosmos among the most notable of this wave.

In addition, the shift away from more traditional “blue chip” investments in the space, such as Bitcoin and Ethereum, could reflect the current risk-on sentiment in the market, which means investors are increasing their risk tolerance as a result of the more positive market outlook. Bitcoin and Ethereum are two examples of such investments. Because of their smaller market capitalizations and lower liquidity, altcoins are inherently more volatile than Bitcoin. While this means that they can quickly leave investments worthless, it also means that they have the potential to generate tremendous gains in the long run.

The market capitalization of stablecoins has increased from $36 billion in January to more over $115 billion in mid-September, with the supply of Tether (USDT) more than doubling in that time span. Despite the fact that stablecoins are not technically altcoins, they have risen to become the major means of value transfer on blockchain networks, and this expansion is a good indicator of the expanding impact of decentralized finance (DeFi) in the industry.

A well-diversified portfolio may safeguard investors from danger while also ensuring that they get a piece of the surging action themselves. Because of this, altcoins as a whole are becoming increasingly appealing as an investment class, but all of this money has to come from someplace. With increased interest in altcoins, it is possible that a significant Bitcoin sell-off is on the horizon; yet, institutions appear to be more positive on Bitcoin than they have ever been.

As Rachel Lin, co-founder and CEO of decentralized derivatives exchange SynFutures, points out, Bitcoin is not about to fall; rather, it is simply lagging in terms of performance: “I expect the broader cryptocurrency market to continue to be in an upward trend over the next several months, especially with the Federal Reserve staying dovish and new funds and institutional investors entering the market,” she wrote.

Neither Bitcoin nor altcoin

One significant difference between prior alt seasons and this one is the extent to which Ether (ETH) has gained in prominence. At the start of the year, Bitcoin accounted for about 70% of the whole cryptocurrency market capitalization, with Ether accounting for less than a quarter of the total market. As of Thursday, Ether accounted for about 19 percent of the market, while Bitcoin’s dominance had fallen to less than 41 percent of the whole market.

DeFi has drawn more institutional investors to the space than any other previous initiative, and this is gradually establishing the area’s validity and increasing public awareness of it. Although there are many competitors in the space and network congestion, Ethereum is expected to continue to grow in the future, according to Michael Tzezailidis, director of public relations at Telos — a Web 3.0 blockchain platform — who also stated that “Developers are literally flooding into the space.”

Many DeFi ventures are based on the Ethereum blockchain, and while the competition is increasing, the network does not appear to be losing its momentum any time in the near future. Only this year, the altcoin market has expanded from $220 billion to $1.35 trillion (a 600 percent increase in nine months), with Ethereum playing a big role in this growth. Some people no longer consider ETH to be an altcoin, which raises the question of whether or not other altcoins will eventually remove the designation once they reach a certain level of popularity.

In recent years, Bitcoin’s primary value proposition has been its utility as a store of value and its deflationary supply. However, while Bitcoin is likely to continue attracting investor attention, the lower market capitalizations of altcoins provide investors with greater short-term returns on their initial investment. It is also more likely that during an alt season, institutional money will gravitate toward altcoins with a smaller total market capitalization than during a normal season.

In the end, Ethereum’s transition to proof-of-stake (PoS) and protocol changes to reduce its supply could make ETH a legitimate candidate for the top spot in the cryptocurrency market. Investors may be placing their bets on a more gradual inflation curve for ETH as well as a more robust ecosystem, positioning it as the gold standard for other cryptocurrencies to follow or compete against.

Is this the season?

More capital is flowing into the digital assets space as people around the world learn more about cryptocurrencies and their ability to solve global issues such as remittances and monetary efficiency. “It’s all about education,” said Raymond Hsu, CEO and co-founder of Cabital. Digital assets have broken new ground in recent years, and with the smell of an alt season in the air, blockchain may be in for a more focused global approach to how it can better solve real-world problems.

According to Hsu, institutional investors will do what most retail investors do when they first enter the cryptocurrency world: they will buy Bitcoin and then move on to Ether. He stated:

“After they become comfortable, they will begin looking into other projects that are tackling the more intricate challenges.”

Traditional financial institutions that were opposed to the concept of cryptocurrencies a year ago are now establishing trading desks and providing clients with greater exposure to the digital assets space through various financial instruments. Terms like “Bitcoin” and “blockchain” are slowly becoming household names, and the general rise in adoption may indicate that this alt season will have a longer lasting impact.

Though DeFi appears to be thriving primarily on Ethereum, competing projects are laying the groundwork for blockchain’s shared, interoperable decentralized framework for financial applications. While it may take some time for them to host as many decentralized applications as Ethereum or achieve comparable levels of composability, competition almost always benefits consumers. Everyone is a consumer in decentralized systems, and increased competition could accelerate the space’s already rapid growth.

Altcoins have grown tremendously in the last two years, and as these projects continue to serve the needs of the blockchain space, either by solving unsolved problems or improving existing solutions, this trend is likely to continue.

The jury is still out on whether an alt season is imminent, but a look at the markets reveals striking similarities with previous occurrences, and with the amount of positive news and innovative projects launched on a regular basis, this season may last a little longer than expected.