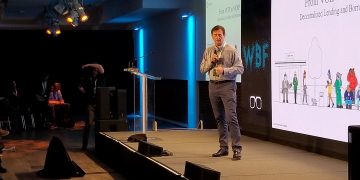 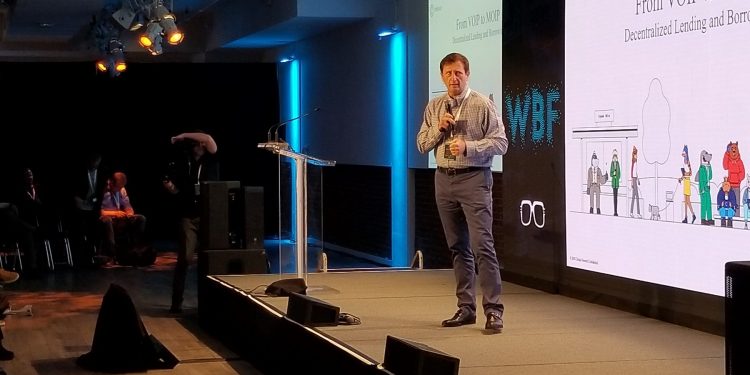 Revealed exclusively to CoinDesk, Celsius claims to have garnered more than 10,000 users since the soft launch of its mobile app on June 29, with an average deposit of 0.5 bitcoin or 5.5 ether earning up to 6.7 percent on an annualized basis. The interest comes from income Celsius makes lending fiat and crypto, much of the latter to hedge funds that want to short, or bet against, the coins.

“When we make interest income we pay a chunk of that back to the people who gave us BTC,” said Celsius CEO Alex Mashinsky, who’s best known as a pioneer of Voice over Internet Protocol (VOIP), the technology that allows phone calls via cyberspace.

Celsius raised $50 million in an initial coin offering last year, selling a token called CEL. Since then, it has gathered crypto deposits worth several million dollars, with hundreds of new users joining the platform each week in September, the company said.

Stepping back, interest-earning opportunities for crypto users are rare and may be particularly welcome in the current bear market as coin prices languish. As reported by CoinDesk, a rival company, Compound, launched last month, allowing people to invest crypto in a pool of short-term loans similar to a money market fund.

Yet crypto and lending often don’t mix well. For instance, BTCJam and BitLendingClub, two peer-to-peer lending platforms, both wound down in 2016, citing regulatory issues. The individuals lending on these platforms had little recourse when the borrower defaulted, apart from online arbitration and, failing that, court.

Moreover, the ups and downs of crypto prices can only amplify the risk inherent in lending money.

“To be able to consistently provide that return in assets that are so volatile is always going to be hard,” said blockchain consultant Angus Champion de Crespigny.

Celsius, though, requires collateral for all its loans and it operates more like a bank than a P2P platform. The startup also boasts gravitas: In addition to telecom veteran Mashinsky, it counts academic cryptographer Scott Stornetta, who was cited multiple times in the original bitcoin white paper, as an advisor.

And beyond its current model, Celsius has a grand vision of putting its activities on its own blockchain.

Unlike new rival Compound, which strictly lends crypto, most Celsius loans are issued in fiat, although the company requires crypto to be pledged as collateral for these.

Mashinsky told CoinDesk that Celsius’ custodial crypto wallet, offered through a partnership with the qualified custodian BitGo, resembles a bank account in that users earn interest on their deposits every Monday.

Even as they do so, Celsius wallet users can withdraw their deposits at any time to a non-custodial wallet, or one where they control the private keys. In this way, the wallet resembles an interest-bearing checking account (though to be clear, there’s no federal deposit insurance here).

Also like a bank, Celsius loans out part of the money deposited by crypto wallet users. The borrowers, typically hedge funds looking to sell the coin short, pledge dollars or other cryptos as collateral in these transactions, and pay interest in bitcoin.

In addition to these crypto wallet deposits, “we have U.S. lenders who say ‘show us you have capital and then we will lend you dollars cheaply,'” Mashinksy said.

On the asset side of its balance sheet, Celsius has generated a dozen fiat loans totaling roughly $11 million, with repayment periods ranging from 30 days to three years. The startup is finalizing a $10 million loan in XRP.

Yet Celsius could eventually face more formidable rivals, like actual banks. According to de Crespigny, there’s no reason traditional financial institutions couldn’t offer a competing deposit service for crypto assets. “They [banks] are just evaluating the risk and rewards, the regulatory risks and the volatility of this product,” he said.

Conversely, Celsius COO Daniel Leon argued that the startup could attract new users away from such institutions by consistently offering better returns to depositors and cheaper loans to borrowers without credit checks. He told CoinDesk:

“We believe if we pay them [users] a little more, if we charge them a bit less, then we’re going to win.”

One other thing Celsius has in common with banks: requiring know-your-customer identity checks.

All things considered, Celsius hopes its biggest differentiator will be the auditable CEL blockchain, which it expects to launch by 2019.

“We’re building our own blockchain that is going to provide total transparency on all our banking activities like no other service out there,” Leon said. “That’s our commitment to do this on a distributed ledger rather than a private server.”

Even before the CEL blockchain launches, Celsius accepts this ethereum-based token as repayment regardless of whether the loan was in a different currency, in order to establish the utility value of the token.

“It’s up to the user whether they repay in dollars or in CEL,” Mashinsky said.

Once launched, the public CEL blockchain should allow users to audit every function performed across the platform, without revealing the identities of borrowers or depositors, the company says. Mashinsky said Celsius will use this blockchain to hold itself accountable for distributing all profits after operating costs to users.

That vision is what persuaded Satoshi-cited cryptographer Stornetta to join Celsius as an advisor. He’s generally avoided involvement with crypto startups until now.

“I made an exception, the first exception, for Celsius because I think their success is going to be a win for the entire blockchain community,” Stornetta told CoinDesk.

Speaking to how Celsius offers services comparable to traditional banking, he concluded:

“You have to take your idealism and couple it with the nuts and bolts of building a compelling, end-user value proposition.”