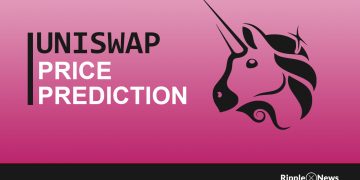 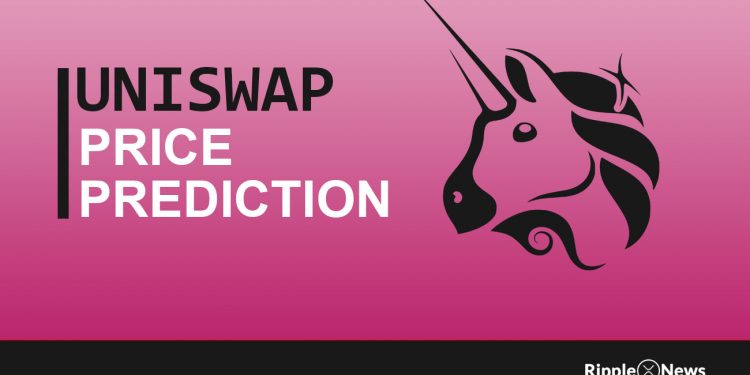 During the past several years the crypto market has increasingly influenced the world’s financial systems. After cryptocurrency, Defi or Decentralized finance is the second most integral part of the crypto ecosystem and approximately 50% of the Defi market is capitalized by Uniswap who have just in past September launched its native coin UNI. So, today we are presenting to you the Uniswap price prediction for the year 2021, 2022,2023.

But first, a little peek at the content of the article.

Over the years, the crypto market has evolved a lot. There have been many potent additions to the market, and among them, the launch of Defi or decentralized finance is the most prominent. Defi is a kind of finance that, unlike all the traditional finances, does not base its self on any central intermediaries like banks and exchanges.

Rather, on the contrary, Defi is entirely decentralized. It runs through open-source software that can merely be influenced by the consensus of its users. The first firm to launch a Defi protocol was Veritseum, in 2013. But currently, Ethereum is the most famous Defi protocol in the world. After its launch in 2015 Ethereum has completely dominated the Defi market.

Ethereum and launch of Uniswap

To understand Uniswap we are required to briefly explore Ethereum, the platform on which Uniswap is built.

Essentially Ethereum is a universal open-source platform that enables people to build multi-purpose decentralized applications. Some of its features are:

Banking for everyone: Unlike the banks, you do not need to have anything but the internet to use Ethereum. Ethereum presents no border constraints and its platform can be accessed by any common person from any part of the world.

A more private internet: Ethereum does not require any personal data to work for you as it envisions to build an economy based on value, not surveillance.

A peer-to-peer network: In Ethereum, one does not need to hire any middlemen or intermediaries to execute transactions. Which lowers the cost of the process and also makes it simple.

Censorship-resistant: One of the defining features of the Defi is that no institution or government can stop people from benefitting from its services.

What is the Uniswap

Hayden Adams, a former mechanical engineer at Siemens, created the Uniswap and launched it in November 2018. Many famous venture capitalists such as Andreessen Horowitz, Square Ventures LLC, ParaFi, and Paradigm Venture Capital invested in it. But the biggest investiture was the Ethereum Foundation who invested $100,000 in the Uniswap.

Despite removing the various obstacles for centralized institutions, the Decentralized exchanges (DEXs) do also have their own problems to sort out. The most crucial of them are related to liquidity. This is where the Uniswap jumps in. It enables the DEXs to swap tokens without relying on the liquidity created by buyers and sellers, and this token swapping, to some extent, solves the liquidity problems for the exchanges.

Built on the Ethereum protocol, Uniswap enables the users to perform ERC20 token swapping. Unlike other similar platforms, Uniswap does not charge any fees and functions as a public good. With Uniswap the users can perform transactions without the need for any intermediaries, which reduces the cost of the process.

One of the most striking features Uniswap contains is a mathematical equation. What it does is that instead of letting the buyers and sellers determine the prices, the equation (X*Y=K), by its self, balances out the value of tokens been traded.

Further, Uniswap is the biggest Defi protocol in the world with $2.94 billion locked in it. It represents 49.6% of the total Defi market. 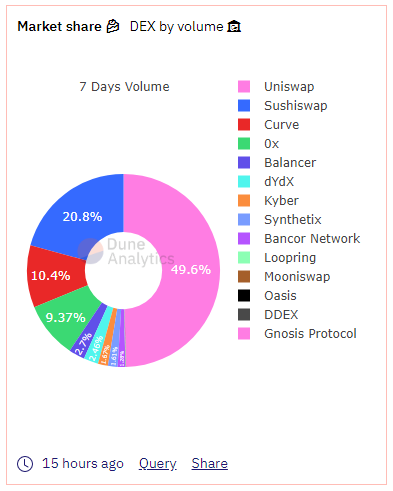 After its initial launch in 2018, Uniswap launched V2 in May 2020 which was, obviously, the iteration of its on-chain blockchain V1

and now the urgency for the V3, which has already been announced, is increasing. Version 3 (V3) of Uniswap will curtail the cost of the process and make will make it more fast and reliable. It could be launched by mid of year.

For UNI coin two of the most vital factors are the general market environment and the launch of Uniswap V3, which will play a decisive role in determining the price of the UNI coin.

Though Bitcoin is going through a rather tough period after crossing the $40,000 price level, the market environment is still not very bad, in fact by some measures it looks pretty good.

As the two chief regulatory authorities, SEC and OCC are now headed by two crypto-friendly executives, Gary Gensler and Michael S. Barr. it looks like the crypto market will strengthen as the Biden administration takes the charge.

Previously, when V2 was launched it had taken the market to the storm. So, there is a huge probability that the launch of Uniswap V3 can prove extremely beneficial to UNI.

Went live in September 2020, UNI token is the 2nd largest Defi coin by the market cap, just resting behind Chainlink.

The coin is currently on an absolute bullish streak, as it just recently hits its all-time-high and What many have predicted for the next couple of months, the UNI has achieved it already. 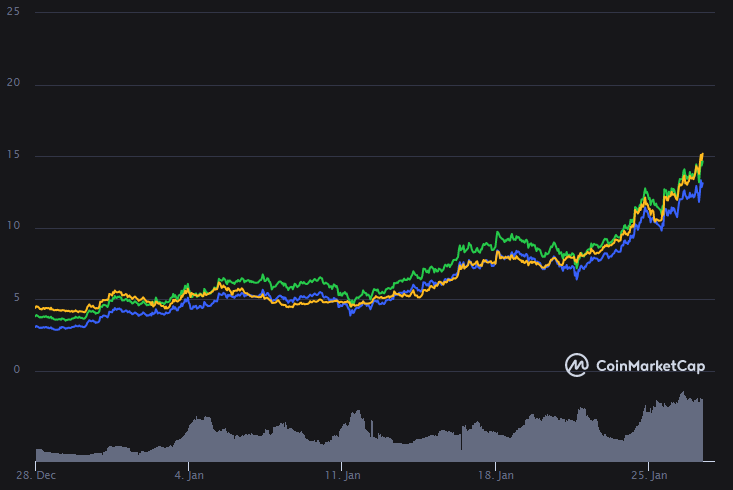 Furthermore, UNI’s market cap has also grown by 350%, as on January 1st its market cap was around $1 billion, and now it is, around $4 billion. It explicitly constitutes that the ever-increasing growth sentiment of the coin will make the buyers invest in it on a large scale, which will certainly lead the UNI coin to reach unprecedented highs.

Before we reveal to you our Uniswap price prediction, let us have a look at what other projects have to say about the UNI coin.

According to the Walletinvestor, the UNI is set to cross $50 by the year 2026 in the meantime it will grow by more than 300%.

After considering all the factors that can influence the value of UNI in the long term we are making the following predictions:

Is Uniswap is a good investment?

The long term strategy of investing in Uniswap looks promising. According to our projection, Uniswap will cross the $50 mark during the next 2-3 years.

Will Uniswap cross the $1000 price level?

In the next five years, Uniswap will very unlikely to achieve $1000. It cannot be difficult for $100 to achieve by 2025, but $1000 is a slightly optimistic aspiration in five years.