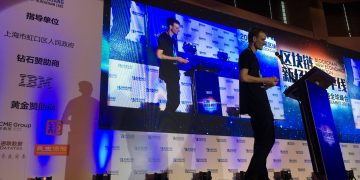 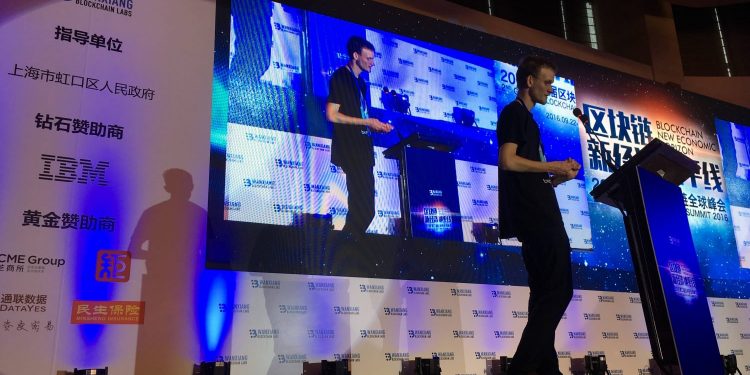 There are free-riders in the cryptocurrency ecosystem.

At least, that’s the contention of a new paper, shared with CoinDesk on Monday, written by ethereum founder Vitalik Buterin, Microsoft researcher Glen Weyl and Ph.D. of economics at Harvard, Zoë Hitzig.

And free-riders pose a problem.

Described in the paper, free-riders are people or businesses that profit from the under-provision of public goods. And, on top of that, “the more people [these public goods] benefit the more they will be under-provided.” It’s an issue that plagues development even outside the cryptocurrency space, but the authors are – at least – initially focused on how the idea creates harmful incentives for the funding of blockchain projects.

Whereas currently, crypto development teams rely largely on donations, the altruistic whims of their creators, and ICOs — the paper details a new financing method to support a “self-organizing ecosystem of public goods.”

Titled “Liberal Radicalism: Formal Rules for a Society Neutral among Communities,” the method described – a system written in code – seeks to allow groups to allocate funds for the maintenance of public goods and services without becoming vulnerable to the “free-rider” problem.

The mechanism is similar in principle to Quadratic Voting, a form of stake-based voting championed by Weyl in a recent book, “Radical Markets.”

While Quadratic Voting allows participants to vote with crypto tokens according to how much they care about an issue, Liberal Radicalism (LR) expands the same concept to how communities contribute to public goods, such as software development, cryptocurrencies and journalism.

And it works by increasing the funding of projects incrementally depending on the number of participants and the degree to which they care about the issue at hand.

“Individuals make public goods’ contributions to projects of value to them. The amount received by the project is (proportional to) the square of the sum of the square roots of contributions received,” the paper states.

And while the authors have ambitions for the technology that are far-reaching (including applying the code to municipal projects and campaign financing) cryptocurrency communities, with their open-minded attitudes towards experimentation, are a “particularly appropriate” testing ground for the technology.

Speaking to CoinDesk, co-author of the paper Hitzig said that interest is already building between many different groups. That currently includes about “a half dozen” cryptocurrency communities looking to potentially implement the technology, as well as “other innovators and philanthropists.”

As such, Hitzig told CoinDesk:

“Once we circulate the paper we expect that experimentation will begin in earnest shortly thereafter.”

The crisis of liberalism

The new paper is part of an ongoing collaboration between Buterin and Weyl since the publication of the latter’s “Radical Markets” book.

As detailed by CoinDesk, the duo co-authored a blog post in May, in which the authors discussed their shared interest to “harness markets and technology to radically decentralize power of all sorts and shift our reliance from authority and to formal rules.”

For this collaboration, Hitzig told CoinDesk, the key focus is on using technological insights to solve growing political tensions.

“This set of ideas goes from the ground up — we offer solutions to localized, real-world problems, and then demonstrate how these proposals fit into a coherent political philosophy that solves important aspects of the crisis of modern liberalism,” Hitzig said.

Defining liberalism as the guiding principle underlying The Enlightenment era, the authors summarize the trend as “an anti-authoritarian commitment to neutrality across ways of living and valuing.”

Expanding upon that idea, Hitzig said, “the crisis of modern liberalism” stems from an “unhappy marriage” of capitalism and democracy that “produces frictions that make it highly inflexible, inefficient and actually fundamentally illiberal.”

Hitzig, who is a poet and an economist that was drawn to the idea of Quadratic Voting, continued:

“These tensions are increasingly manifesting in discontent with existing liberal democratic systems and the rise of authoritarian populist alternatives on both the left and right.”

Indeed, the paper looks to solve those issues and create a more cooperative society.

In addition to the incremental funding mechanism LR proposes, there are some additional characteristics that the authors believe will significantly benefit the cryptocurrency ecosystem.

As such, according to the authors, “Under the standard selfish, independent, private values, quasi-linear utility framework, our mechanism leads to the utilitarian optimal provision of a self-organizing ecosystem of public goods.”

The paper notes that this could have an immediate impact on projects like ethereum, zcash and other projects that rely on non-profits to distribute funding to the development of the network.

This process of grant-making is “reasonably centralized,” according to the paper, relying on the curatorial judgment of a select group of individuals, and is therefore “both poorly attuned to the needs of the communities and, perhaps more importantly, antithetical to the principles of decentralized authority on which they were founded.”

LR, on the other hand, hopes to create a form of financing that better leverages the wisdom of the crowds, and align financing better with the ethos of cryptocurrency enthusiasts.

While it might seem strange to have such a highly interdisciplinary science — combining technology, economics and politics — Hitzig said that it’s a very important combination.

“To us, it’s strange that collaborations across the social sciences, philosophy and technology aren’t more commonplace,” she said. “Technology is changing society at breakneck speed – economists, political scientists and philosophers have the conceptual tools to understand the potential economic and political consequences of that change and to guide it into its most socially valued uses.”

Still, LR isn’t a mechanism that can be deployed and widely adopted right away.

For one, it hasn’t been fully tested in the wild and may be vulnerable to unanticipated attacks or economic quirks. Secondly, the mechanism relies heavily on identity systems, meaning that for now, it can’t coexist with anonymity, which is highly important to many people in the space. Plus, certain kinds of known vote attacks could mean that LR might need people to use trusted hardware, which some warn come with their own security trade-offs.

As such, Hitzig said there’s further work to be done to make the technology usable to a wide number of people — potentially working with artists and designers who can describe the method in different ways.

“We are aware that the mechanism may seem esoteric at first, and thus worry about a situation in which LR becomes a nice abstraction that never gets put to work and that only a select few understand,” Hitzig told CoinDesk.

But above all else, Hitzig hopes that by publishing the paper – even though it is imperfect — it will encourage others to think about these problems and either build on top of LR or experiment with their own solutions.

“Nothing would thrill us more than to see other collaborations that pose original, alternative visions for solving what we see as the crisis of liberal order.”

Image via Pete Rizzo for CoinDesk