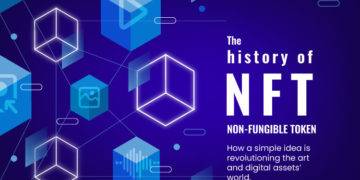 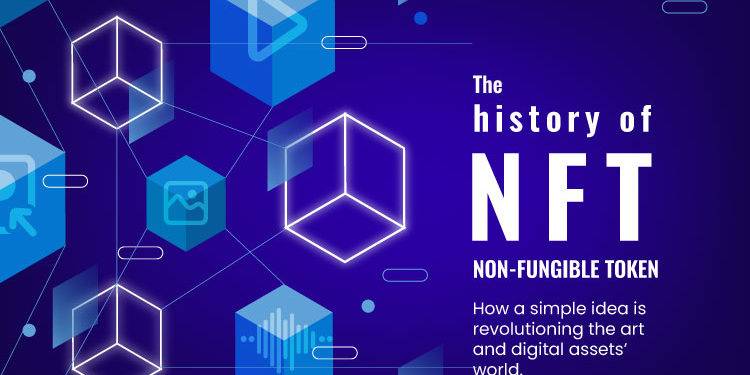 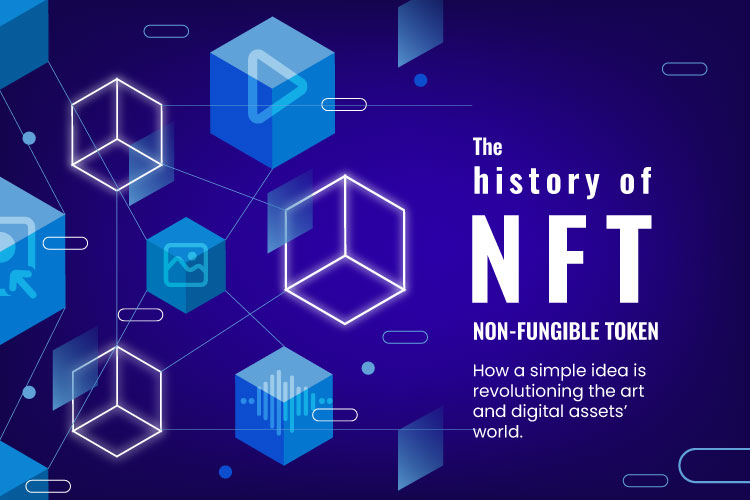 2020 was a year like no other. The coronavirus took its toll on virtually every area of the world. However, for crypto investors 2020 will be remembered for an entirely different reason. It was a year that witnessed an unprecedented boom on the NFT market.

The emergence of every significant phenomenon has a timestamp. A moment in time from which events take a straight path. Before this point, it’s often the case that different people work on similar projects simultaneously in different parts of the world.

The NFT market is no different. The milestone in its history is undoubtedly the emergence of Ethereum. This event set a standard for the NFT market making it possible to gain public interest. Before we discuss those well agreed upon timeline, let’s dive in into what was happening before the term NFT was born.

Back in 2011 the only cryptocurrency was Bitcoin and it was only there for two years. Yet, some people already saw the potential in it as well as the limitations. Some of the crypto enthusiasts argued that there is the need for the better Bitcoin. This is how the term altcoin was coined.

It’s interesting that the first altcoin is also believed to be the first attempt at something NFT-like. It was designed to register domain names outside of the DNS system. But the most important innovation that came from it was the possibility of tying additional data to the transaction record.

Namecoin was the first project to utilize cryptocurrencies as something more than a currency itself.

Initially Ethereum wasn’t made with art in mind. It was devised as a means of building all kinds of applications in a decentralized way. For some time Ethereum was mainly used as a platform for various ICOs. But the rare pepes frenzy led to more and more of similar projects. One of the most notable ones in the NFT history is the one called Cryptopunks.

In June 2017 John Watkinson and Matt Hall created 10 000 unique cartoon characters generated on the Ethereum blockchain. It was a novelty, especially that they let people claim the characters for free. All that was needed was the Ethereum wallet.

This project looked like a joke. But the fact that the total amount spend of Cryptopunks now amounts to $371.71M is not funny at all. In fact, if you claimed a Cryptopunk in 2017 and sold it in 2021 you could become a millionaire with a single transaction!

Apart from the applause Cryptopunks got from the Ethereum community, the project also enjoyed a wide media coverage. Once again cryptocurrencies were making the headlines. There was one issue though. Ethereum standard used at that time – ERC50 was not designed with non-fungible assets in mind. With the success of Cryptopunks the need for the new standard became apparent.

So in September 2017, Dieter Shirley proposed a new ERC standard for “non-fungible tokens” or “NFTs.” With ERC721 in place, the era of NFT was officially in place.

After his proposal had been accepted and became a standard, Dieter Shirley launched his famous project, thus starting the NFT frenzy for good. Released in October 2017 CryptoKitties, is an Ethereum based game allowing players to breed virtual kittens. Kittens inherit traits from their parents and each one of them is an NFT that can be traded.

The internet has always been crazy about cats. The game went viral. It was so popular that it was significantly slowing down blockchain.

Just as it was with Cryptopunks, popularity among the public brough the media attention. Probably, the money people were making trading their virtual cryptocats was also the factor behind it.

Growing interest in NFT trading resulted in the emergence of a number of trading platforms. Typically platforms specialize in a certain type of an asset and utilize models supporting asset specific type of transaction.

However, the spike in interest in NFT trading and the stunning pace at which the market is growing attracts more and more of new players. They seek to find their specific niche and address the needs of customers still seeking their perfect NFT solution.

One of those players is UltiArena. They are seeking to join three emerging trends in the IT industry: gaming, community and NFT. Their core USP is Proof-of-Gaming: a novel concept in which when gamers play via Ulti Arena’s Gaming Client, they’ll be able to mine $ULTI coins. Gaming and NFT crossover for creating new kinds of experience for online players is already vividly discussed in some circles. We will touch on this matter in the next section. Adding a community layer on top of those two is an interesting approach to the trend of directly supporting independent art creators.

The most interesting things, though, are happening in places where on-line gaming meets NFT. Of course, CryptoKitties were a NFC based game and there had been hundreds of similar ones developed in 2017. But let’s think of something bigger. There is a discussion about the NFT assets that could be transferred between different online games. Ulti Arena’s concept of shared games assets is right at the center of that. So let’s say an item that is easy to find in one universe could become a rare weapon in another.

The history of NFT is not all long, yet it’s full of surprises. As much as every founder expects the success it’s hard to imagine that the creators of Cryptopunks and CryptoKittens anticipated their multi million success. The NFT market is growing at a stunning pace and does not seem to stop.

In the words of Marc Andreessen, "Crypto Elephant is changing the way the world works."