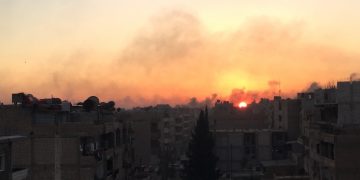 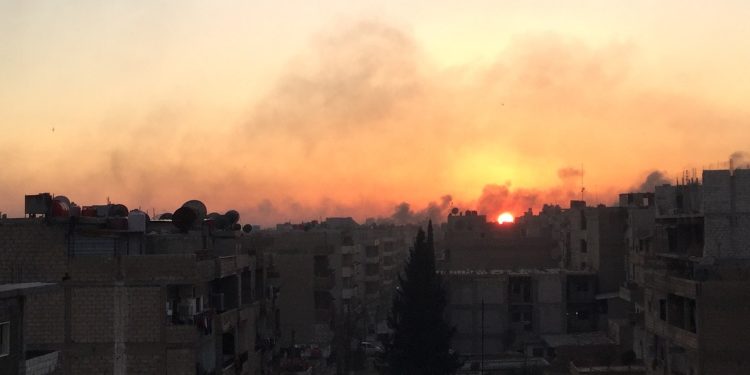 I’m writing from the Democratic Federation of Northern Syria.

Known to sympathizers simply as Rojava – meaning West – the predominantly Kurdish region revolted against the Syrian regime in 2012 and achieved its de-facto autonomy as a result.

Since then, it has pioneered a new political model named democratic confederalism, which due to its stateless, decentralized nature, has a natural synergy with blockchain technologies – something that has been a point of research by technologists in the region.

That’s partially why I am here.

I’m also here because, in December, U.S. President Donald Trump announced his retreat from the region, cited the impending defeat of ISIS, and denouncing Syria as the land of endless wars – of “sand and death,” he called it.

The withdrawal has now effectively been reversed, but at the time, many believed Turkey, which shares a border with Northern Syria, would attack (the country has engaged a continuous offensive against the region since 2016).

The concern was that if Turkey seized control, Rojava’s political system would crumble to the totalizing power of nation states. There would be no more resistance, a resistance I’ve come to care greatly about.

I had previously written about the potential of blockchain and cryptocurrency in Rojava. I felt that while the region lacks the basic security and resources offered by the West, it has something the West doesn’t have – the opportunity for a new system of governance to be realized.

With this in mind, I spent a little over a month trying to get into the country to volunteer my skills, both in media and crypto, to a new network of technological academies being developed in the region.

On February 25, I arrived at my new home. Here, according to critics, in the process of implementing democratic confederalism, Rojava has succumbed to the pressures of the familiar, whereby the structures of capitalism and its hierarchies are being mimicked in local economies.

Erselan Serdem, the leader of Rojava’s technological development program, would like to redeem this, creating structures that allow ecological, egalitarian economies to thrive – what proponents call “democratic modernity.”

According to Serdem, with the right combination of philosophy and tech, this dream can be realized.

“We are talking about a new form of institution with a high level of technology, that can develop useful tools for society and achieve a good relationship to nature – that’s our aspiration,” Serdem said, adding:

The academies Serdem is building will be used to train hackers in various decentralized technologies.

For instance, participants will research digital governance, cryptocurrency and blockchain solutions to fairly distribute natural resources. Serdem is still recruiting people into the academies, seeking out those with technical skills across Rojava and also training injured war veterans, starting with basic programming skills.

Currently, there are 30 war vet participants in the program.

Not only is Serdem recruiting throughout Northern Syria, but he’s also enlisting what he calls “social engineers” – politically-oriented hackers and philosophers focused on reshaping technology.

Without these folks, Serdem said, “We have seen how history repeats itself. The current system will have the same destiny.”

Hozan Mamo, a software developer and academy member, echoed what Serdem said, telling CoinDesk through a translator that the technological academies could solve problems that have emerged in civil society.

On the other hand, cryptocurrency could be useful as well, Mamo said, since there’s no access to electronic transactions in Rojava. Instead, Rojava’s inhabitants are dependant on cash that is issued by the Syria state – meaning that the region is still economically bound to the regime.

As a first step towards that, Mamo is looking into the feasibility of onboarding local merchants to accepting cryptocurrency.

The ethos of crypto

Still, there’s a good amount of cynicism surrounding the project.

In Rojava, technology has mostly shown its face through social media, and a sudden proliferation of smartphones – mostly carrying Facebook, YouTube and Whatsapp – has had a tangible impact on the social sphere.

The obsessive use of smartphones has led a certain suspicion of technology to develop, which could have a negative impact on the adoption of blockchain and cryptocurrency technology.

In an effort to combat this, Serdem noted, he intends to use the academies to redefine technology, moving the narrative away from the corporate interest groups that have monopolized social media, network infrastructure and even hardware in the region.

“There are different forms of technology,” he said. “[There is] technology by nation states and the companies, and then there is a resistance movement, that try to discover more ideas against the current system.”

Bitcoin and other decentralized technologies, for instance, qualify as this “resistance tech” – tools developed by oppressed people to take back power throughout history. Within the academies, Serdem would like to see some of this tech, these alternatives, built.

“We can use some of that kind of technology which is created by the resistance movement. Now we are in the beginning, but in the process we will see what forms of technology do we need to have for democratic modernity,” said Serdem.

Mamo believes that by focusing on usability and security, adoption could happen quickly, especially by younger generations. According to him, Rojava’s youth has no shortage of enthusiasm for technology, as well as a strong aptitude for it.

Prior to the revolution, he said, the Syrian regime deliberately held back the development of technology in the region, forbidding its teaching in universities and arresting people that tried to develop their skills.

But the revolution “opened the border” to technology, he said, leading the region to develop rapidly.

Openness to technology isn’t the only thing Serdem and others are trying to push. His academies also have a strong focus on philosophy, specifically the writings of Abdullah Ocalan, the incarcerated political philosopher whose writings inspired the Rojava revolution.

In his writings, Ocalan seeks to fundamentally restructure society by challenging the roots of hierarchy and domination that underpin it.

It’s a philosophy that resonates strongly with the ideologies that many crypto advocates hold and even display in their interest and use of the open-source movement.

In this way, Serdem told CoinDesk, the academies will encourage much of the same.

”We are creating a commune of the technology, to solve technical problems, and at the same time to create the social engineer or the political person in the moral society,” Serdem said, before concluding:

“In Rojava, we are trying to achieve the philosophy of open source, of how to create a society informed by open source.”

Note: Due to security concerns, “Erselan Serdem” and “Hozan Mamo” are pseudonyms

Photos by Rachel-Rose O’Leary for CoinDesk