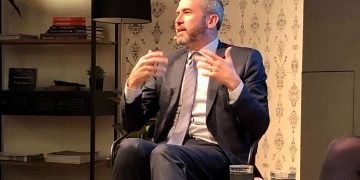 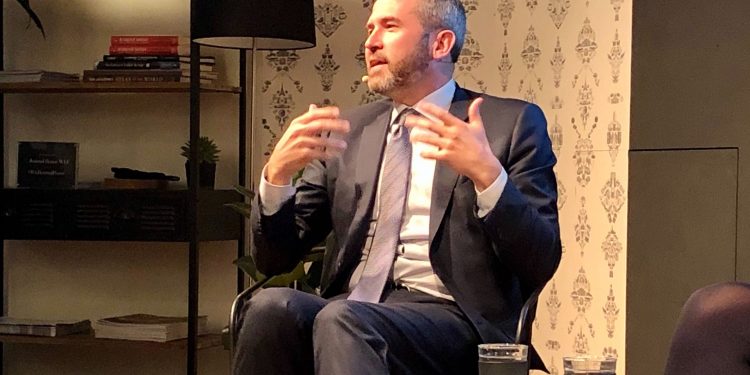 DAVOS, Switzerland – Ripple CEO Brad Garlinghouse said an initial public offering (IPO) is seen as the “natural evolution for the company,” perhaps even this year.

“I think over the next 12 months you’re definitely going to see IPOs in the crypto, blockchain space. I’m not sure we want to be first but we certainly don’t want to be last either, so I expect we’ll be on the leading side of that, not the lagging side,” Garlinghouse said.

He also said his cross-border payments company has been in communication with the U.S. Securities and Exchange Commission (SEC) about the regulatory status of the cryptocurrency XRP.

“We have been talking to the SEC for some period of time,” he said. “I feel like educating regulators is part of my job and I think that’s been a really constructive process.”

It was the first time both of those points were addressed publicly by the firm, according to a source with direct knowledge of the situation.

Garlinghouse made the comments at a Ripple-sponsored session at the Wall Street Journal lounge at the World Economic Forum in Davos, Switzerland.

The San Francisco-based startup, which is working in concert with the financial services industry to rewire the world’s cross-border payments system, recently raised $200 million at an eye-popping $10 billion valuation.

The blockchain firm also announced on Wednesday that its XRP sales fell significantly in the last quarter.

Sales dropped 80 percent from the $66.24 million sold in Q3 to just over $13 million in Q4, according to Ripple’s XRP Markets Report. The drop is partly due to Ripple’s suspension of programmatic sales, which accounted for $16.1 million in the previous quarter. Over-the-counter (OTC) trades also dropped 74 percent quarter-on-quarter.