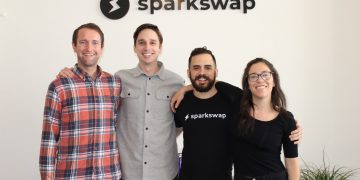 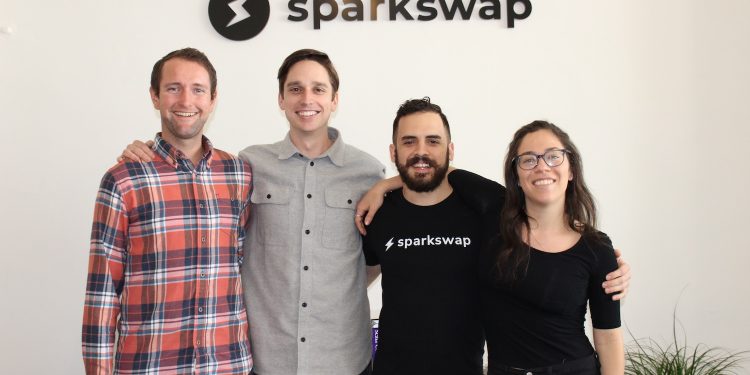 Sparkswap is funded by a $3.5 million seed round led by Pantera Capital, with involvement from venture capital firms such as Initialized Capital and Foundation Capital. This lightning-powered DEX – which differentiates itself from traditional exchanges by requiring users to custody their own crypto – offers cross-chain atomic swaps between bitcoin and litecoin.

“Our users download some open source software we’ve developed that includes widgets and LND, the lightning implementation, along with a wallet that can hold, in this case, litecoin and bitcoin. When they trade, they talk to a service that we run called a relayer, that broadcasts an intent to trade at a specific position … then other users can take the other side of that trade by communicating with the relayer.”

Due to the experimental nature of the nascent lightning network, Sparkswap imposed a $2,500 daily trading limit for the first few months, with plans to raise the limit and add more trading pairs in the near future.

“[It has] the performance and other characteristics of a decentralized exchange [but] can perform like a centralized one,” he said.

Fellow investor Paul Veradittakit from Pantera Capital added that Sparkswap caught his eye because it’s one of the few DEX startups to focus, albeit not exclusively, on bitcoin rather than ethereum-based tokens.

“Institutional traders want speed, efficiency, optionality and security,” Veradittakit told CoinDesk. “I think if lightning [developers] continue to execute and provide scalability and cross-chain atomic swaps … [lightning] should be able to fulfill that promise of speed and efficiency.”

However, there’s a long road ahead before those lightning-enabled trades can be implemented on a wider scale.

Griffith will be the first to admit that Sparkswap plans to observe user behavior and develop mechanisms to address lightning’s current limitations. This Sparkswap release is still in beta.

One of the key issues Sparkswap will need to address is what happens if one party pulls out of a trade mid-way because the price fluctuates during the process.

Lightning Labs engineer Alex Bosworth, who works on the LND implementation that Sparkswap leverages, told CoinDesk it’s not clear yet whether the technology will be consistently faster than fully centralized processes.

“If you actually look at the script, it says that it could happen instantly but it could also take longer,” Bosworth said. “You still have an issue of timing with the cross-chain swaps. This is a problem for making this into a service that works with a lot of money.”

To complicate matters, there is also a cultural gap between the institutional traders Sparkswap seeks to serve and the capabilities lightning currently offers. Many such traders swap millions of dollars worth of cryptocurrency at a time, not just a couple thousand, and they often do so with pre-determined partners.

“Just from a business perspective, I know that a lot of trading that happens on exchanges is actually done through contracts and trust,” Bosworth said. “I actually see the industry going in a more trusted direction.”

Despite these challenges, Bosworth is optimistically curious to see how lightning channels add additional value throughout the trading process.

According to Griffith, Sparkswap’s offering for professional traders could impact the broader economics of the lightning network.

For example, imagine you’re a bitcoin standing in line at Disneyland to ride Splash Mountain. If you’re closer to the front of the line, then you have more value than a bitcoin farther back – or a bitcoin in another line for a less popular ride. Just as with amusement park lines, there is positional value with crypto in payment channels.

“If I have a channel that’s in a good position directed toward a high-value target, it’s worth more to me than bitcoin that is just sitting in a cold wallet, because I can earn money on it,” Bosworth said.

Speaking to how this applies to Sparkswap, technically Sparkswap wallets can be used to send payments to anyone using the lightning network, mirroring payment options offered by centralized exchanges like Zebpay. As such, Sparkswap users could become high-value participants in the broader network.

“Our application could help the lightning network grow both in terms of tools and in users,” Griffith said, adding:

“An application like Sparkswap could really push lightning toward higher transaction uses. Most of the uses of the lightning network today are microtransactions and this could help support bigger transactions.”

Indeed, according to bitcoinvisuals.com, the average lightning channel capacity is currently less than $200.

In addition to boosting the lightning network’s capacity for bitcoin, Griffith said Sparkswap plans to explore ways for the exchange to integrate support for stablecoins and ethereum-based assets as well.