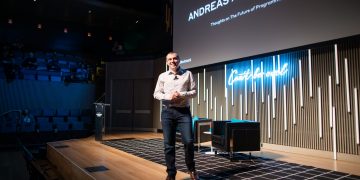 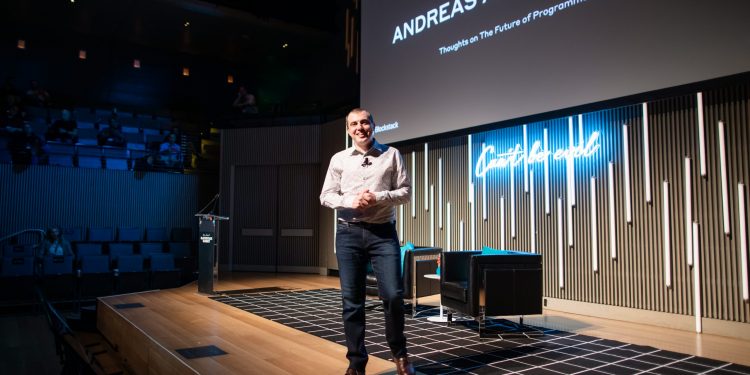 The man who wrote Mastering Bitcoin, Andreas Antonopoulos, is anything but a bitcoin maximalist.

At the Blockstack Summit in San Francisco in October, he spoke about a subject that’s already proving to be one of the most-watched topics going into 2020: inter-blockchain communication (IBC).

“I find it astounding after all this time that people still try to follow this idea of ‘winner takes all.’ One coin to rule them all. One chain above all else. We’re coming for ya. The flippening,” Antonopoulos said.

The “flippening” is the conviction that ethereum’s $19 billion market cap will one day best bitcoin’s $170 billion (which is the basic idea behind any maximalism for any other cryptocurrency – ETH-heads just have a name for it). “The data just doesn’t support that hypothesis,” Antonopoulos said.

Still, it’s not a position that crypto OGs love to embrace, which explains why the very first thing Antonopoulos says in his talk is: “I bring you heresy.”

In short, he argues there will be many distributed blockchains in the future and that many of them will be quite useful.

And he is not alone in that conviction.

In short, look for developers to choose between distributed networks in the same way they choose between coding languages like Haskell and Python today.

“As a company, we’re pretty bullish on this idea and bullish on protocols like Cosmos and Polkadot that are being built directly to service the interconnected blockchain nature of the future in our ecosystem,” Lallouz wrote.

There have been other developments in the space, too, such as ETH-oriented Loom reaching the Tron and Binance chains and Summa providing interoperability solutions. So much investment has gone into this category of solutions that the IBC future is probably something like a consensus position across the industry.

In fact, if Antonopoulos had a contrarian take it was this: The optimal interoperability solution is already here, and it is bitcoin’s most popular Layer 2 technology, the lightning network.

It could be years before it’s clear which solution companies rally around, but broadly speaking, IBC is like every big trend in crypto: Not everyone sees it the same way.

“Personally I believe that the rising tide lifts all boats and that many projects can benefit from the efforts of each other,” Bruce Fenton, founder of the Bitcoin Association and the Satoshi Roundtable, told CoinDesk. Fenton is now focused on a new cryptocurrency, Ravencoin.

Keld van Schreven, a co-founder of crypto investment firm KR1, argued that IBC yields an effect that is greater than the sum of its parts.

“Without IBC we will just have a limited horizon of possibility,” he said.

Van Schreven sees the shift to IBC as a sort of enlightenment moment for the technology, even taking it so far as to suggest that it might “reduce the tribalism” that plagues the crypto ecosystem.

But it’s one thing to propose interoperability and another thing to actually get it built. It also introduces a new level of complexity.

One idea, many puzzles

“The ethereum world has benefited tremendously from the composability of smart contracts, where one protocol can make use of another protocol in order to build up and up towards something higher-level and more useful to the end-user,” Doug Petkanics, of Livepeer, a decentralized video transcoding service, told CoinDesk. “But to date, composability has been halted at the boundaries of ethereum.”

Composability is the idea that software can be put together like Lego blocks in ways that its creators might not have anticipated.

It’s a nice idea, but it starts to get complicated in practice.

Aliaksandr Hudzilin is part of the team behind Near Protocol, which is using sharding to build a highly scalable blockchain. He told CoinDesk that one of his developers participated in a conversation about IBC at Devcon 2019 in Osaka, Japan, including the Ethereum Foundation, Cosmos and Polkadot.

Hudzilin’s interpretation of the conversation was that “none of them had sat down and talked about it,” he said. “It’s kind of the beginning of the dialogue.”

From the vantage point of the Devcon developers, blockchains sharing tokens and data starts to look much easier discussed than executed.

And then there’s the question of why teams should even bother plugging in.

“You have an adoption challenge to convince people to refactor in order to support interoperability standards,” Stephane Gosselin of the engineering team at Numerai told CoinDesk. “From my experience, the latter is an uphill battle.”

Gosselin said the business case just isn’t there yet to justify teams doing the work.

Electric Capital’s Avichal Garg sounded a similar note: The wait for IBC will be long, he said.

“Interoperability only matters if there is real activity happening on multiple chains and right now there are really only two that have significant activity (BTC and ETH), and several that have the beginnings of activity,” Garg wrote.

And of course, there are those who don’t see much point in interoperability to begin with.

Spencer Bogart, a general partner at Blockchain Capital, diverges from Antonopoulos on one point, believing that only a very few chains will matter in the end.

Ben Waters, of the multi-asset Nervos network, thinks it might be simpler than all that. It could be that every blockchain that survives only needs to talk to one other blockchain, and that’s bitcoin.

“Interoperability of PBNs [public blockchain networks] that serve very similar functions and tend to have the same apps, programming models and economic models is largely pointless,” Waters wrote in an email. “Additionally, if PBN tokens are largely interchangeable, everyone will want to hold the hardest, most secure token.”

But some bitcoin maximalists take it further than that.

But, in a way, the idea that one machine will dominate squares with the view Antonopoulos espoused in October.

“I’m really fascinated by the strong possibility that while we will have many chains, in the end, they will all come together, under one network,” Antonopoulos said. “One network. Many chains.”