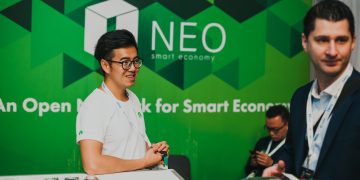 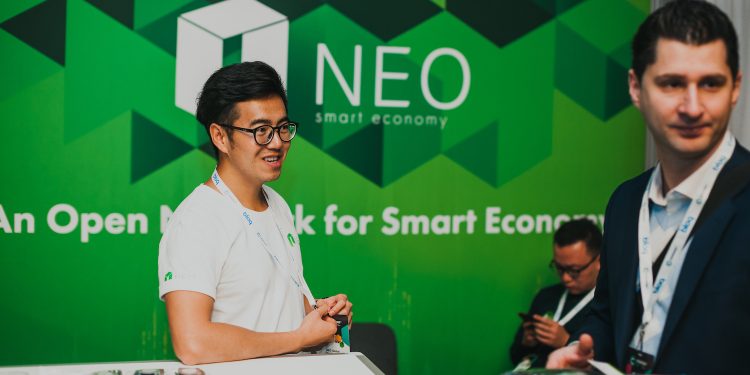 The technology behind the cryptocurrency NEO, formerly known as Antshares, will be completely reconfigured by this time next year.

In April, NEO co-founder Erik Zhang announced that an optimized version of the blockchain network will relaunch as NEO 3.0 in 2020. The underlying infrastructure will be so different that token holders will need to turn in their assets for newly issued tokens.

Zhang told CoinDesk this process will not require know-your-customer (KYC) information, as the Singapore-based NEO Foundation will simply destroy the old assets and airdrop new tokens to designated wallets.

“Users only need to keep their private key. New tokens will be automatically dropped to their wallet address,” Zhang said, adding community leaders will work with exchanges to swap any tokens stored there. “We need to make sure that old tokens and new tokens don’t flow at the same time.”

These tokens have been circulating for years, so it is hard to say how a centralized point of redistribution will impact the ecosystem.

A financial report from the NEO Foundation, revealed exclusively to CoinDesk, showed the initial coin offering in 2016 raised $97,517 plus 8,169 bitcoin, the latter of which was mostly liquidated for more than $8.3 million by February 2018.

Meanwhile, around 100,000 “unclaimed” NEO tokens that, according to the foundation, people bought during crowdfunding sales but never added to their wallets, will revert to the foundation in October 2019, the financial report said, if the participating wallets aren’t registered for the swap. NEO is currently trading around $11, according to CoinMarketCap.

While this may sound antithetical to the cypherpunk ethos, the open source NEO project has always been more akin to a commercial enterprise, albeit with an opaque structure, than most grassroots cryptocurrencies. It’s sometimes referred to as a Chinese, regulator-friendly version of ethereum.

Along those lines, venture capitalist Dovey Wan, previously of the DHVC fund that invested in the NEO founders’ sister company Onchain, described NEO as a “compliant” blockchain project where the founders’ companies have “close relationships” with Chinese authorities and run most of the masternodes themselves.

A spokesperson for the nonprofit confirmed the NEO Foundation itself runs five of the seven consensus nodes, telling CoinDesk:

“Since there is a migration required for NEO 3.0, the decentralization plan is currently on hold in order to implement the migration plan more efficiently.”

However, some critics are still upset the value of NEO tokens plummeted in 2018 while both founders – Zhang and Da Hongfei – focused on Onchain.

Many of the companies associated with NEO have proven to be a lucrative boon for both co-founders.

Zhang and Hongfei divided a few bitcoins from the ICO into independent entities housed under the foundation, including Neo Global Capital (NGC), NEO Eco Fund and the Neo Global Development Fund (NGD Fund). These funds invested in external startups like Chromaway, Ontology, StarkWare and Oasis Labs, the financial report said. Plus, Hongfei told CoinDesk so far the NEO Eco Fund and NGC earned collective returns worth more than 10 bitcoin.

With regards to such investments and how bitcoin returns are deployed, Hongfei said there’s no formal voting mechanism for community input.

“Usually it’s me and Erik making the decisions,” he said.

This structure is controversial. Ethan Fast, a member of the City of Zion team that operates one of the two external NEO consensus nodes, told CoinDesk in 2018 the ecosystem runs as a “benevolent oligarchy.”

Stepping back, half of the original NEO tokens were sold in the ICO to fund the foundation’s operations, including the fiat salaries of 50 employees at a Shanghai office. Hongfei said most employees work for the various funds, not the community-oriented parent foundation. The Onchain offices, a software-as-service (SaaS) startup focused on enterprise clients with no formal relation to the nonprofit, are also located in the same building as the NEO Foundation.

Hongfei is currently CEO of Onchain while Zhang is CTO, in addition to leadership roles they both hold at various NEO-affiliated entities. Their SaaS startup is now seeking a new funding round from venture capitalists while the NEO ecosystem undergoes this token redistribution plan.

Out of the remaining ICO tokens, 30 percent were divided among the nonprofit’s investment arms and a “contingency fund,” according to the NEO report. The final 20 percent of ICO tokens were allocated to “motivate” developers, Hongfei said.

According to the nonprofit’s statements, there are at least 10 organized developer groups contributing to the NEO blockchain, only two of which are officially based in China.

In 2019, the foundation’s leadership is focused on growing that developer base as the community gears up for the 3.0 launch.

To help achieve this goal, some of the original ICO funds were used to open an office in Seattle in February 2019, headed by Microsoft alum John deVadoss. He told CoinDesk the NEO Foundation plans to have up to 18 employees at this office by 2020 and leverage a “very strong partnership” with Microsoft to build out developer tooling.

Speaking to the unilateral system update on the horizon, Zhang concluded:

“The main goal of developing NEO 3.0 is to enable NEO to support large-scale commercial applications.”