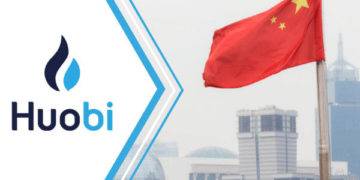 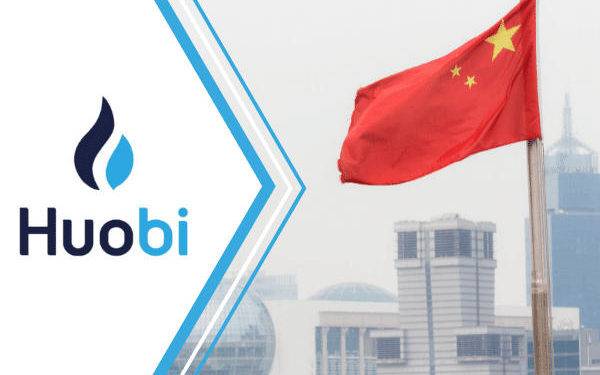 Finally, it occurred. China’s crypto-apocalypse is being fueled by regulation. They began this summer by cracking down on miners before tightening the screws on exchanges. This week, the final nail in the coffin was delivered by the PBoC in the form of additional guidelines, which resulted in numerous sites saying they would no longer welcome Chinese users.

The People’s Bank of China’s new policies made things extremely obvious for firms from a legal sense. One of the primary points made was that cryptocurrency-related economic activities are unlawful, casting doubt on the country’s extensive list of projects, exchanges, and financial service providers.

Numerous projects immediately responded by discontinuing WeChat communities and even internal messaging groups on domestic networks, opting instead to use VPNs and other privacy-conscious chat apps. Huobi, the world’s largest exchange by volume, said that it would permanently close Chinese user accounts at the end of the year.

If accurate, this would be a devastating blow to the exchange, which has long provided a high standard of service to the Chinese community, including deep liquidity, a diverse selection of assets, and minimal security flaws. Experiential Chinese investors may remain suspicious that Huobi would make such a radical adjustment, given how quickly statements and policies can change in China’s world of crackdowns and political posturing.

Perhaps the most concerning aspect of the PBoC announcement was the inclusion of overseas bitcoin exchanges that provide services to Chinese nationals as illicit financial activities. Additionally, it emphasized that participation in bitcoin investment transactions entails legal dangers. This instilled dread among employees of cryptocurrency companies, who were now fearful of becoming the next target of law enforcement crackdowns.

Binance was quick to point out that Binance.com has been blocked in China since 2017, therefore removing it from the regulatory conversation. Additionally, it said that it will cease accepting new registrations from Chinese users, but made no mention to existing accounts. BitMart, another exchange with ties to China, also declared that it would close accounts for mainland Chinese users on November 30. Biki, an even smaller exchange, declared that it will cease operations entirely.

Many people are asking, China has banned Bitcoin 19 times, what’s the difference this time? ? Fine, this lawyer explained in detail the 5 differences. Google Translate is required to read. https://t.co/WEMq99QCU1

The risks associated with managing a smaller exchange are fairly substantial, particularly given that many have varied business models that include investment, mining, or other financial services. Smaller CeFi exchanges in this market may also be feeling the squeeze as a result of the quick growth of top CeFi platforms and broad adoption of decentralized exchanges. Closing the exchanges does not always mean leaving the sector, but rather terminating a high-risk, unsuccessful business line.

So what is left for Chinese traders?

Individual users remain in a hazy position, as the announcement did not explicitly state that cryptocurrency possession was prohibited. This seemed improbable, given the broader trend toward protecting individuals by targeting corporations, which we’ve seen across a variety of industry verticals this year, including education and entertainment.

Another area of uncertainty is the status of Chinese users who reside abroad. Along with the enormous population of Chinese residents living abroad, many are still able to spoof their location via VPNs. Assuming these individuals continue to be able to circumvent IP limitations, this could open the door for more technically savvy holders to trade on CeFi platforms.

Exchanges with no business in China may view this as an opportunity, as regulators would have limited enforcement authority. At the moment, it appears as though China’s regulators are succeeding in deterring the majority of smaller retail cryptocurrency activities. However, the major businesses have either expanded internationally or are developing strategies to circumvent these new constraints. If they’ve been in the space for a while, they’re well acquainted with the regulatory tides.

No answer for decentralization

In the immediate run, DeFi protocols may be the primary beneficiary. China’s crackdown combined with liquidity benefits on DYDX resulted in a large increase in use of the StarkWare-based derivatives platform. According to Similarweb data, China was the leading region for site access, accounting for more than 10% of the market. Users of China-based VPNs undoubtedly accounted for many more. It is unclear whether this is a long-term solution or if the enormous rise is more speculative in nature in order to earn the DYDX coin.

Alibaba, seeing an opportunity to demonstrate their best conduct, stated that the platform would no longer be utilized to sell cryptocurrency mining machines. This approach is unsurprising, given the company’s current regulatory investigation. The organization is being reformed following a high-profile clash between founder Jack Ma and financial supervisory organizations over their peer-to-peer lending strategies.