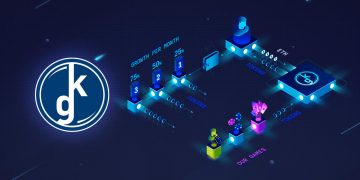 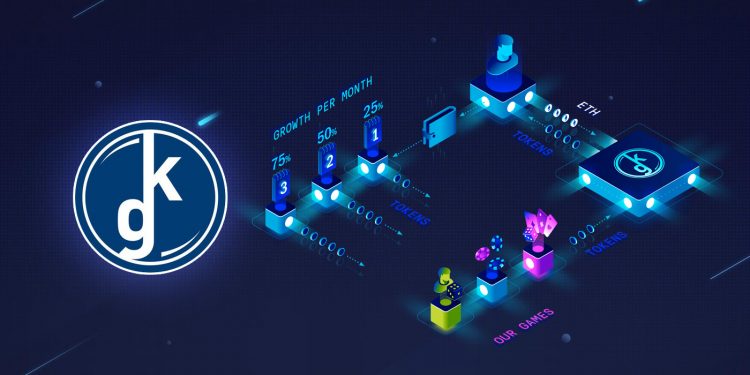 KamaGames is the biggest European social mobile poker operator and among the quickest-growing independent operators worldwide. The company is launching KamaGames Tokens to enhance the platform and allow the company to deliver additional features to users around the world.

While many token sales come from new companies, KamaGames is well-established and an industry leader. It already has demonstrated its use of a profitable and well-developed business model. The KamaGames portfolio is hugely popular worldwide thanks to its strong relationship with the global player base, business solutions, and innovative strategies.

What Advantages Does KamaGames Offer?

Compared to many other token offerings and even other mobile social casino games, KamaGames has several advantages, including its status as the largest of all European social mobile poker operators and plans to expand. For a better idea of KamaGames’ success, consider that the company’s Pokerist Texas Holdem Poker was the top-grossing app out of 101 countries in the App Store, plus one of the top five grossing apps from 45 countries in Google Play.

KamaGames is not relying just on this single profitable app and instead is increasing its portfolio. It recently entered the market of slots games, a market with a huge potential.

Additionally, KamaGames has guaranteed fair play, including confirmation that the random number generator used in the games meets the UK Gambling Commission standards. This certification comes from iTech Labs, the leading test laboratory in the world. KamaGames also delivers the only B2B platform available for casino games, delivering a range of products and player liquidity.

To round it all out, KamaGames has earned plenty of recognition worldwide. Between nominations and wins, KamaGames has been honored as a “Best Mobile Product,” “Best Mobile Game Operator,” “and Social Operator of the Year.” KamaGames also experienced a revenue increase in Q1 2018 of 47.9% percent compared to the previous year at the same time. Other key figures include the company’s estimated value of $500 million and the fact that the KamaGames audience includes more than 100 million players around the world.

KamaGames is already part of the mobile social casino games market and, therefore, aware of the potential for revenue in this segment. It is among the most lucrative genres within the mobile gaming market and is quickly evolving and growing. In 2017, the estimated market size for web and mobile online social casino games was $3.2 billion, an increase of 11 percent from 2016. During this period, KamaGames had an increase of 63.4 percent, nearly 6 times as much as the industry. Current estimates predict that the mobile social casino market will reach $5.89 billion in 2022.

What New Games and Features Does KamaGames Have Planned?

KamaGames Tokens (KGT) have standard utility token functionality. They can also be exchanged for the in-game chips or currency at any moment via any KamaGames player account and one of the social casino games. Those who buy the tokens and already have a player account can quickly link the account and tokens, then use their accounts for redeeming daily free chips plus other bonuses and discounts. These benefits are free for all token holders.

The total KamaGames Tokens equal $31,250,000. Of these, $25 million are allocated for the token sale, $6 million for bonus tokens, and $250,000 for the bounty. Since KamaGames is an existing, successful company, it does not need to distribute any tokens to the team.

The token sale for KamaGames Tokens began with a closed presale on Aug. 13. The goal for this was $2 million in fundraising, and contributors during this stage received 25 percent bonus tokens. Next, the presale will begin Sept. 24 with a goal of $5 million and a bonus of 20 percent. The regular sale will then last from Oct. 8 to Nov. 12 with a goal of $18 million. At a minimum, existing players will purchase half of the tokens.

KamaGames points out that its token sale is not a fundraising effort since it already has plenty of income and marketing. Instead, the tokens will give users as many as 11 times the value invested in virtual chips, which is guaranteed. Every month, token holders get 25 percent in chips and as many as 52,500 chips each day for the first six months.

Already in the first half of 2018, KamaGames did a great deal. This includes launching the Poker Championships app, the new party mode of Clone Party, new slots games in Pokerist, Pokerist on the Facebook Instant Games platform, multi-table tournaments, and a new split bet poker game. Other accomplishments in the first half of the year include significant updates to Poker Night in America and all the social casino apps within the App Store, plus a partnership with Yogscast for sponsoring “Yogscast Poker Night” streams. KamaGames is an experienced social casino game platform with successful applications and a successful website. It is the largest social casino operator in Europe and is conducting a token sale to let current players and new users alike get more from the various games. Token holders will receive regular rewards that make the tokens worth much more than face value, particularly if purchased during an early round when there is a discount.