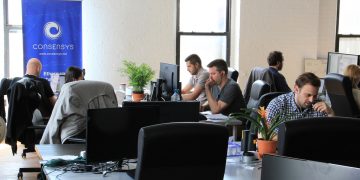 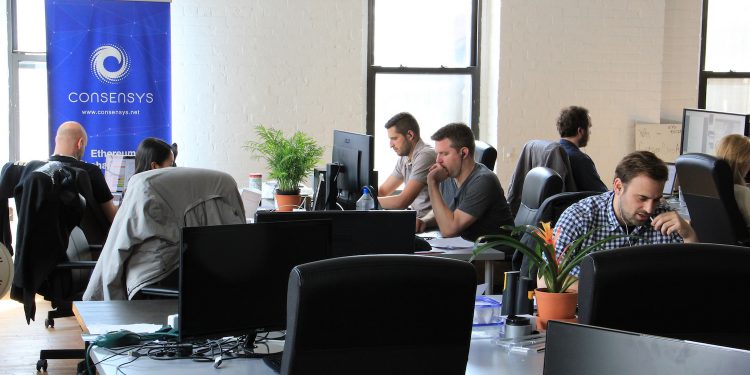 “Just rely on the fact that it’s all funded by Papa Joe.”

That’s how one former employee, who asked to stay anonymous, citing fear of legal repercussions, described the sentiment that prevailed until recently at ConsenSys, the ethereum-centric venture studio headed by ethereum co-founder Joseph Lubin.

In other words, the entrepreneurs building blockchain apps and services under the ConsenSys umbrella didn’t need to worry about business models as long as Lubin approved of the technology they were building.

But now, following a 90 percent crash in the value of ethereum over the past year, Lubin’s paternalistic approach poses a problem for the nearly 50 startups, or “spokes,” that ConsenSys seeded since its inception in early 2015.

Beginning last month, layoffs have swept across nearly every corner of the distributed, 1,200-person firm. Lubin announced that “ConsenSys 2.0” would seek efficiencies – and a broader reliance on outside partners and investors. “Spinning out” these ventures has gone from an aspiration to a mandate.

“We have been interacting much more with external investors, mostly VCs, over the last nine or 12 months,” Lubin told CoinDesk during an interview in early December. “We’re gonna be ramping that up significantly.”

But even if ether prices recover and ethereum-based tokens come back into vogue across the broader marketplace, former employees and prospective investors tell CoinDesk they worry the road ahead for these projects may be rocky.

Simply put, because of the unusual way ConsenSys structured its investments, it will be hard persuading outsiders to put money into them.

According to six sources familiar with the company’s strategy, ConsenSys often held at least half, if not more, of the equity for each of its “spokes,” and Lubin resisted early efforts to seek external investors.

ConsenSys declined to comment on how much equity the company owns in various projects across the conglomerate, but said that “people who contribute significant value” to spokes are able to “develop significant equity” or “participate in profit sharing.”

One former spoke advisor told CoinDesk that ConsenSys previously “felt uncomfortable owning less than 50 percent of the spoke.” He added Lubin’s insistence on control, in turn, discouraged other investors from funding these projects, even during the 2017 bull market.

“A ton of funds and individuals were uncomfortable having Joe on the cap table at all, let alone [with a] controlling stake,” the advisor said. “We heard from the occasional group that they would’ve been interested had ConsenSys not been involved.”

Indeed, one anonymous investor – who is currently in talks with several ConsenSys spokes about potential equity deals – told CoinDesk that these projects will face considerable challenges attracting external investment.

According to this investor, it’s not clear how much equity ConsenSys owns in many of the spokes that the company is trying to “spin out.” In some cases, the startup founders themselves may not know with certainty.

“You’re effectively investing in Joe Lubin’s company and it’s unclear what his relationship, and what ConsenSys’ relationship, is to that company,” the investor said. “You want to invest in a company where the owners and founders are building it, because they are the most motivated.”

Even at the spokes where ConsenSys is not a major stakeholder, there is still a lack of clarity and uniformity surrounding ownership complicating negotiations as well, the prospective investor said.

The spokes will need to overcome these hurdles to raise capital quickly in order to stay afloat. The prospective investor said:

“My expectation is that very few of these projects will be able to [raise].”

ConsenSys disagreed in a statement, offering the ConsenSys-incubated company Trustology as an example since it raised capital from Two Sigma Ventures in December. However, given the range of company structures involved with ConsenSys, an incubated company may not face the same challenges as ones that seek to “spin out.”

The company appears to be ramping up traditional accelerator programs run by its ConsenSys Ventures arm instead of seeking new projects to fund and then spin out as businesses.

To be clear, “spinning out” is different than layoffs, and Lubin’s team says all spokes have the option to spin out. Still, company representatives tell CoinDesk, “there will be a number of core projects that will remain internally incubated.”

Yet one current ConsenSys employee, who spoke on the condition of anonymity, told CoinDesk that no one at the company feels secure in their job these days.

He personally expects ConsenSys will be reduced to 200 fintech-focused technologists and consultants – roughly one-sixth of its current size.

An expected 13 percent reduction in staff was announced last month. But it’s difficult to say how many layoffs are yet to come, in the traditional sense, because even beyond “spinning out” many former employees said they worked with short-term or informal contracts.

In a statement emailed to CoinDesk, ConsenSys said that all spokes are being prepped to engage with external investors while ConsenSys itself looks to make “active seed stage investments” in new projects.

Meanwhile, Kevin Owocki, co-founder of the ConsenSys spoke GitCoin, told CoinDesk he hopes people will pay more attention to the work ConsenSys spokes are still doing, regardless of staff reductions.

“Clearly it’s a time of contraction right now, but I hope that we can focus on the positive points,” Owocki told CoinDesk. “I’m still very happy with ConsenSys as a backer and I think they’re doing good things for the ecosystem.”

Despite the “crypto winter” impacting the broader ethereum community, Owocki’s 11-person team is still focused on shipping a diverse range of products.

“We didn’t do a token sale. We’ve focused on product traction,” he said. Speaking to the broader ethereum ecosystem, including ConsenSys spokes, he added:

“The Ethereum Foundation grants have, up until now, done a great job of giving one-time cash infusions. … What’s really needed is reoccuring, stable funding so that people can focus on their roundmaps. And that’s what we’re looking to provide.”

Among its products and services, GitCoin arranges various processes for using cryptocurrency to fund contributions to open source projects. So far, the startup is earning up to $9,000 a month from a tokenized grant product and an advertising system called CodeFund.

With regards to grants, GitCoin has helped distribute more than $738,221 worth of crypto bounties related to hundreds of open source projects. Users include the Ethereum Foundation and other ConsenSys spokes, like the in-browser crypto wallet MetaMask.

Owocki said that the overall platform handles close to $90,000 worth of crypto each month. One of GitCoin’s clients, the stablecoin startup MakerDAO, recently contributed almost 1,000 DAI tokens a month (worth $1,000) to a GitCoin grant for open source contributions to a commissioned project Owocki’s team is also working on, a specialized crypto wallet.

“We’re all working on Ethereum 2.0 as an ecosystem and people need sustainable ways to fund their work,” Owocki said of this grant system, adding he also has high hopes for a subscriptions model that monetizes some GitCoin services.

“I would love to be one of the first staffs that gets to profitability with a subscription model in Web3,” he said, referring to the goal of a decentralized internet.

Owocki admitted these early sources of revenue are not enough to cover his team’s salaries, but said he is not concerned because the team could seek additional venture capital in 2019 if needed. Furthermore, ConsenSys added a statement saying:

“While 2018 did represent a contraction in the ecosystem as it overextended itself in 2017, we expect 2019 to be a year of exceptional growth.”

Despite the media narrative that some ConsenSys employees weren’t diligently seeking results, former employees said a lack of clarity about decision-making power beyond Lubin was a greater hindrance than any lack of motivation.

One former ConsenSys employee, who tallied income and asked to stay anonymous, told CoinDesk that revenues from some decimated and rearranged spokes “were positive and growing nicely.”

Reassignments started in September, former employees said, and some teams were assured they had plenty of runway just weeks before the layoffs abruptly began. Another former employee, who also asked to stay anonymous, told CoinDesk he was discouraged from critiquing technical solutions because spokes were desperate for clients.

“You can’t turn to the [spoke] CEO because they have no power,” the former employee said, referring to ConsenSys’ “extremely high” percentage of equity. “Joe created the company in such a way that no one is able to make decisions without him. No one had the budget.”

While some projects operated with more independence than others, some participants expressed concerns that part of Lubin’s aim for ConsenSys was to boost the value of the ethereum network, which he invested in considerably and is widely believed to own a significant portion of ETH.

A 2018 report by the hedge fund Tetras Capital estimated the ConsenSys INFRA project with centralized servers cost Lubin more than $10 million a year to subsidize infrastructure for many of the ethereum applications that attracted new investors to the ecosystem, even though ethereum’s distributed network wasn’t ready to support high transaction volumes.

Indeed, ConsenSys reps say the company’s early focus was on priming the pump for future advancements:

“ConsenSys 1.0 was about fostering an appetite for a decentralized approach to the IT infrastructure that supports a wide variety of society’s systems.”

Yet that may have gone hand-in-hand with other motives. Speaking to how Lubin’s personal net worth and businesses both benefited from soaring ether prices, the former spoke advisor said:

“The core business model seemed to be: do things to better the ethereum network then capture value when the price of ETH appreciates.”

Although it has been a long time since ConsenSys partners and employees were compensated in cryptocurrency, the question for many remains where ConsenSys spokes will go from here, one year into the bear market. Lubin’s team said they are proud of the company’s “continued commitment to collaborating with others in the space on open, shared infrastructure.”

“ConsenSys is an experiment. We’ll see what’s really left from spokes in a couple of months.”

XRP Has Just Been Listed On Another Popular Exchange GBX