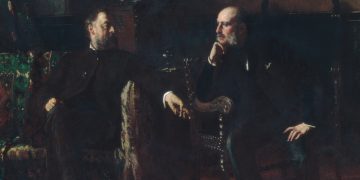 In Race for 2030 Currency Supremacy, the Dollar Is Its Own Worst Enemy

In Race for 2030 Currency Supremacy, the Dollar Is Its Own Worst Enemy 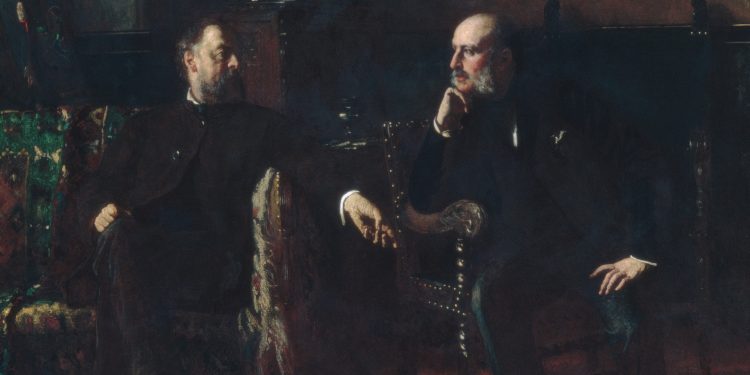 The U.S. dollar’s century-long reign of the world economy faces a threat over the coming decade – as China’s renminbi strives to become its successor, as some prominent central bankers call for a more sustainable global monetary regime and as cryptocurrencies pose a radically alternative model.

But as the 2020s begin, the dollar looks as strong as ever in global capital markets.

As of Dec. 30, an index of the U.S. dollar’s value is up 24 percent over the past decade, even as the Federal Reserve pumped more than $2 trillion of freshly printed money into the financial system and U.S. national debt more than doubled to about $23 trillion.

The greenback’s share of central bank foreign exchange reserves stands at about 62 percent, unchanged since Jan. 1, 2010, according to the International Monetary Fund. The second-place euro, touted by some leading economists in the late 2000s as a potential rival to the dollar, saw its share of central bank reserves decline over the past decade to about 20 percent from 26 percent.

The Japanese yen, seen as a threat to the dollar in the 1980s, now accounts for just 5.4 percent of central bank reserves. The British pound, which dominated global markets for a century until World War I, has a modest share of 4.4 percent, with its future uncertain as the U.K. moves toward an exit from the European Union. And China, despite decades of rapid economic growth and a push by authorities there to expand the renminbi’s use in international trade and payments, has never seen its currency account for more than 2 percent of central banks’ reserves.

As for digital assets, frequently touted as the future of money, they barely register as an asset class compared with government-issued currencies. Bitcoin’s entire market value stands at about $133 billion, well below central banks’ de minimis $218 billion allocation to the renminbi.

The dollar’s dominance is under attack, though, as a growing number of economists and world leaders say the international monetary and financial system looks unsustainable or simply unfair.

U.S. consumers benefit disproportionately from the dollar’s strength, since foreigners are essentially subsidizing Americans’ habit of importing more than they export.

And global demand for dollar-denominated assets helps keep interest rates low on things like Treasury bonds despite a U.S. federal budget deficit of more than $1 trillion a year. That dynamic encourages governments, businesses and households to take on ever-growing amounts of debt, which might be difficult to pay back if borrowing costs suddenly jumped.

Thus far the dollar has defied decades of predictions that its demise might be at hand.

“It’s like the shepherd crying wolf,” said Martin Baily, a senior fellow in economic studies at Brookings Institution who served during the late 1990s as chairman of President Bill Clinton’s Council of Economic Advisers. “Unfortunately, sometimes the wolf does come.”

Few events of the past year encapsulated the glaring contrast between the dollar’s solidifying position and the ever-louder calls for change than a speech in August by Bank of England Governor Mark Carney. An Oxford University-trained economist, Carney is widely followed among top monetary experts because he previously served both as head of Canada’s central bank and as a former executive of the Wall Street firm Goldman Sachs.

Invited as a guest speaker to an annual Federal Reserve retreat in Wyoming, Carney told the U.S. central bankers that the dollar’s dominant status contributes not just to instability in emerging-market countries but also to a “global savings glut” that has helped push interest rates artificially low. The speech piled onto the worries for Fed Chair Jerome Powell, already facing caustic criticism from President Donald Trump for setting interest rates too high.

“Past instances of very low rates have tended to coincide with high-risk events such as wars, financial crises and breaks in the monetary regime,” Carney said. “Left unattended, these vulnerabilities are only likely to intensify.”

The solution? According to Carney, the international monetary system might benefit from an alternative to the dollar such as a “synthetic hegemonic currency,” potentially provided “through a network of central bank digital currencies.”

“The concept is intriguing,” Carney said. “Technology has the potential to disrupt the network externalities that prevent the incumbent global reserve currency from being displaced.”

Jens Nordviq, a former co-head of currency strategy for Goldman Sachs and now CEO of the data provider Exante, says the fact that “very prominent people” like Carney are seriously discussing the concept “shows that it’s not a farfetched idea.”

A century of domination

The dollar emerged as the world’s dominant currency during the early 20th century when it took over from debt-strapped Britain’s pound; a century before that, Holland’s guilder was undone by the French Emperor Napoleon’s invasion.

Cross-border bank loans denominated in dollars garnered a world-leading 14 percent share of the total in 2018, from 9.5 percent a decade earlier, according to the Bank of International Settlements. U.S. Treasury bonds comprise the world’s biggest government bond market by far, valued at about $17 trillion and growing. Major global commodities like oil and gold are priced in dollars.

“There is no other asset market as deep or liquid as the dollar asset market,” said Eric Winograd, senior economist at AllianceBernstein, a $592 billion U.S. money manager.

Bitcoin too is generally quoted in dollars, along with a growing roster of digital “stablecoins” whose value is linked to the U.S. currency. Facebook’s proposed digital asset, Libra, would reportedly be 50 percent backed by dollars.

Even China’s planned digital renminbi – reportedly part of an effort to unseat the dollar’s dominance – might just trade like a dollar proxy. That’s because, at least for now, authorities peg the renminbi’s value to an index of major currencies dominated by the U.S. dollar.

“The renminbi is at this point not really in the running,” said Edwin Truman, a senior fellow at the Peterson Institute for International Economics who oversaw the Federal Reserve’s division of international finance from the late 1970s through the late 1990s. “The Chinese seem to be pushing it as a denomination for trade, but that’s largely a push rather than a pull of the market.”

After U.S. economic output caught up with Britain’s in the early 20th century, it still took two-and-a-half more decades for the dollar to definitively replace the pound as the reserve currency of choice. Harvard University economist Jeffrey Frankel has attributed the lag to “inertia” – essentially the cost and bother of changing routine payment methods and rewriting legal contracts.

“There’s a lot of discussion of substitutes for the dollar as the global reserve currency,” said Bill Adams, senior international economist for the U.S. bank PNC. “But the lesson of the last 10 years is that, at least to me, it’s easier said than done.”