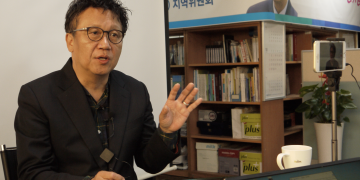 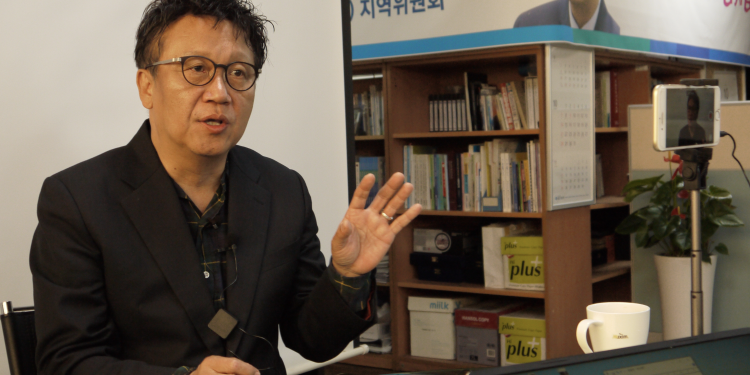 This article originally appeared in CoinDesk Korea, a partnership with The Hankyoreh.

Opting to take the view ICOs are a form of fraud, speculation or gambling, the Korean government initiated a ban on the investment vehicle last September, one that sparked a strong backlash from domestic blockchain startups.

Still, some Korean lawmakers from the opposition party have piggybacked on these concerns and are advocating for the legalization of ICOs. In a situation where the incumbent government is struggling with economic issues, including a decline in employment and skyrocketing housing prices, it’s perhaps natural the opposition party would rally behind an emerging technology to try to establish an innovative image for itself.

However, Min Byung-doo is one member of the ruling Minjoo Party who has spoken out in favor of ICOs through a query submitted to the government, an unusual step for a prominent figure in the ruling party in that it doesn’t square with the government or Blue House line.

But not only is Min a leading figure, he is the Chairman of the National Policy Committee, considered the first hurdle to clear for those hoping to enact legislation on ICOs or cryptocurrency exchanges.

In an interview with CoinDesk Korea, Min expressed his thoughts on ICOs, cryptocurrencies and the blockchain industry, and their outlook in South Korea.

CoinDesk Korea: Why do you think ICOs should be permitted?

Min Byung-doo: There are some positive aspects to the regulations implemented by the government over the past year. A lot of the bubbles have burst and people have realized that this is not a market they should be recklessly rushing into. The laws have served as a big preventive injection, so even if the regulations on ICOs and exchanges were repealed, I don’t think people would be jumping into these markets without careful consideration. I think the vaccine has succeeded, and it’s now time to open up the market.

A number of countries including Switzerland, Malta, Estonia and Singapore have recently tried to bring ICOs within the boundaries of existing institutional frameworks, as well as France, who recently passed a new law. It seems that many countries have started focusing on the potential of ICOs.

Over the last two years, the total funds raised through ICOs were far higher than the figures for venture capital or angel investment. The trend is changing. All around the world, people are applying for blockchain-related patents and trying to come up with new business models. They believe that a new coin will emerge that takes things to the next level, and we have no reason to stand in the way of that possibility.

The problem is that even though this opportunity exists, the government is still blocking ICOs on the grounds that they could lead to ‘fraud, speculation or money laundering.’

Min Byung-doo: The OGPC and FSC reached agreement in a special consultative meeting, and both have a negative view of ICOs. It seems that the government is satisfied with the regulatory measures they put in place between last October and January, and believes that regulating is their duty.

Whether the government releases a new set of regulations on ICOs (in November) or not, they will need to listen to a wide range opinions from the industry and justify their decision with some solid evidence. And if Korea’s blockchain industry fails to develop because of this, the government should be held accountable.

CoinDesk Korea: Some bills on blockchain have already been submitted to the National Assembly.

Min Byung-doo: Some of those bills are close to an outright ban on ICOs, while others are wholeheartedly devoted to promoting them. People have vastly different views on this issue. I think we are quickly running out of time.

CoinDesk Korea: If the chairman of the National Policy Committee is in favor of ICOs, does that increase the chances that the committee will pass a law on this issue?

Min Byung-doo: Personally, I am strongly committed to this, and I hope that other lawmakers will bring their own expertise to the table and approach this issue with a strong sense of commitment as well. The FSC seems to be having a difficult time. The NPC is the committee in charge of this issue, so when I am speaking out in favor of ICOs and several dozen lawmakers have also made their voices heard through a series of debates, it places a lot of pressure on the government.

The government seems to feel a heavy burden when it comes to enacting laws or guidelines. I think they are afraid that enacting a law might come across as a tacit endorsement of crypto assets.

If you want to legislate, there is no need to enact a series of detailed provisions. You just need to focus on three key areas: the basic nature of the assets involved, duties and oversight. How should regulation differ depending on the nature of the asset? How can the government crack down on problems such as fraud, speculation and money laundering? How can regulations be used to guarantee the security of exchanges? How will white papers be verified? Will analysts be required to release regular reports? Which authority should be in charge of oversight? The only thing regulation needs to do is answer these questions.

An NPC-level public hearing or special meeting is expected to be held in November. The goal of this meeting is to hear what legal, financial and software experts have to say. Laws and guidelines should be as minimal as possible, but the deliberation prior to implementing such measures needs to be thorough and in-depth.

Accordingly, the National Assembly is planning to collate their views and urge the government to take action, whether that be through laws or guidelines.

CoinDesk Korea: Doesn’t the FSC or the Blue House hold the key when it comes to this issue?

Min Byung-doo: At present, the OGPC is the control tower that manages task forces on cryptocurrencies across all government departments. I am aware that some officials at the Blue House are also closely following this issue. It would be great if the president could just make a decision on this, but that is far from easy.

CoinDesk Korea: Bitcoin was created in the wake of the 2008 global financial crisis, while blockchain is rooted in the philosophy of decentralization. Isn’t it only natural that the government takes a negative view of such technology?

Some governments may take a very passive stance while other countries will adopt a more active approach. But if some governments are actively trying to promote blockchain technology and this leads to the creation of globally dominant platforms like Amazon or Alipay, then will passive governments be able to stand in their way? If they can’t do anything in response, they will end up being colonized economically. Governments need to take action to ensure that they don’t get left behind in this competition.

CoinDesk Korea: What do you think of the ‘special blockchain zones’ being proposed by local governments such as Jeju?

Min Byung-doo: From the government’s perspective, there is no difference between permitting ICOs in special designated zones and allowing them across the whole country. Once the government has passed laws or guidelines, it will be possible for special zones to explore suitable models for development, but right now it is difficult to envision such a zone being granted special permission in advance.

Coinbase Expanding into all Areas of Crypto Adoption & Investment