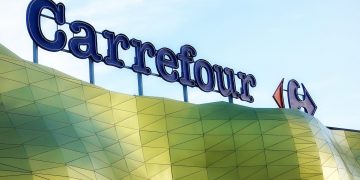 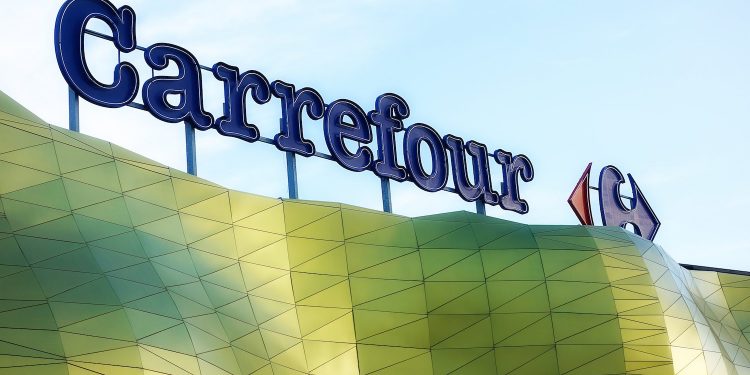 IBM is taking its food-tracking blockchain into production, making it one of the largest enterprise projects to achieve that milestone, and has signed European supermarket giant Carrefour to use it.

Announced Monday, the commercial launch of IBM Food Trust means that large players, as well as small and medium-size enterprises (SMEs) in the food industry supply chain, can now join the network for a subscription fee ranging from $100 to $10,000 a month.

And many SMEs may have a stronger incentive to participate to participate now that Carrefour, which operates 12,000 stores in 33 countries, is on board. The retailer will track and trace its own branded products in France, Spain and Brazil, before expanding to other countries by 2022.

“For us, it’s a matter of sense for the consumer,” Emmanuel Delerm, blockchain program director at Carrefourm told CoinDesk. “It’s really this that will push us to say to our producers or partners or suppliers, will they come on the platform? It’s really consumer-orientated; it’s really for them that we are doing this.”

Yet Carrefour is only the latest food company with supply chain clout to sign up for IBM Food Trust. Others include Nestle, Dole Food, Tyson Foods, Kroger, Unilever – and not least of all the U.S. big-box behemoth Walmart. Notably, Walmart has already flexed its muscle, telling leafy-greens suppliers last month that they must integrate with the network by September 2019 and citing an e.coli outbreak as an urgent reason to improve transparency.

“IBM Food Trust is the first production blockchain at real scale and we are super-excited to finally be making the product available broadly.”

Indeed, the one other enterprise blockchain of comparable heft to go live is we.trade, the trade finance consortium of 12 global banks, which entered production in late June.

The mainstay of the IBM Food Trust commercial offering, explained Gopinath, is the ability to trace items backward and forward through the supply chain. This means the apples in a brand of baby food, for example, can be pinpointed back to a particular batch and orchard; then, in the event of, say, contamination, the trace can go forward to recall the whole range of products that might be affected.

“That obviously requires the growers, the suppliers, and the retailers all to be part of the solution, sending in information in a trusted and permissioned fashion and we link it all together,” said Gopinath.

So far, 3 million transactions have been processed on the ledger during 18 months of testing, and now that it’s gone live, Gopinath is confident that “if anything it will be ten times faster.”

Top of the food chain?

IBM Food Trust is without doubt leading the track-and-trace food space. The network was built using the Hyperledger Fabric blockchain protocol (which Big Blue contributed to the Hyperledger project). But there will likely be others in the race, including some which may also emerge from within the Hyperledger commmunity.

Also gathering momentum is Sawtooth, the codebase donated to Hyperledger by Intel. Indeed, if you take the time to inspect the Sawtooth Supply Chain GitHub repository, in July of this year there were 15 code commits from U.S. food giant Cargill, involving some kind of track and trace project; the word “fish” is mentioned. Asked if a proof of concept was forthcoming on Sawtooth, Cargill declined to comment.

But in any case, IBM’s Gopinath was sanguine about other Fortune 100 companies working on possible solutions, adding that interoperability is an ultimate goal.

“All of that, in my view, is good news,” he said. “It’s affirmation that path we started on three plus years ago is the right one. And back when we started out, we have always had interoperability in mind.”

He also pointed to data sharing standards like GS1 which means the necessary work will be done up front. Gopinath added,

“I’d love it if IBM Food Trust was the only platform out there for this, but we are not that naive. If there’s another one that is as good and as mature as Food Trust out there then absolutely we will be happy to do the interop.”

Carrefour’s Delerm said the supermarket chain worked on its own blockchain for more than a year, mainly using internal engineer teams, before switching to IBM’s.

“Being a retailer we knew that IBM was working with Walmart on IBM Food Trust in the U.S. primarily,” he said.

As such, Carrefour saw scope to widen the range of products it was already working on, such as the way it currently verifies production of free-range chicken in the Auvergne region in central France.

“As of today, we have three products in France that since the start of the year we have been delivering to consumers all the information: tomatoes, chicken and eggs, and we added recently the chicken also in Italy,” Delerm.

In addition to the existing Carrefour Quality Lines live on the blockchain, the plan is to use IBM Food Trust to include international brands, said Delerm, such as some of those already working with Food Trust like Nestle and Unilever, as well as exploring organic produce-tracking.

Food Trust can also be accessed by way of a module that simply allows firms to upload data about goods to the system, done via the cloud or another app, and which is free of charge. A more advanced version of this involves certificates, organic or Fair Trade credentials and so on.

Stepping back, Food Trust is one of IBM’s main blockchain buckets; another is shipping and global trade, and in this area, the flagship platform is IBM’s collaboration with Maersk, dubbed TradeLens.

So far, TradeLens is yet to onboard any other carriers that are anything like the size of Maersk. So, could it be that the food industry is an easier ride in terms of adoption, or perhaps it’s an area where the benefits are more immediately tangible?

Gopinath pointed that Food Trust has been some 18 months in the making, and that progress is being made on TradeLens to scale up to the same degree among parties that normally compete with each other.

“IBM Food Trust is making this big announcement; similarly, TradeLens will also have a commercial availability announcement. And at that point, I can guarantee you it will be in the same shape we are in here.”