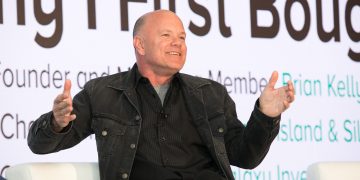 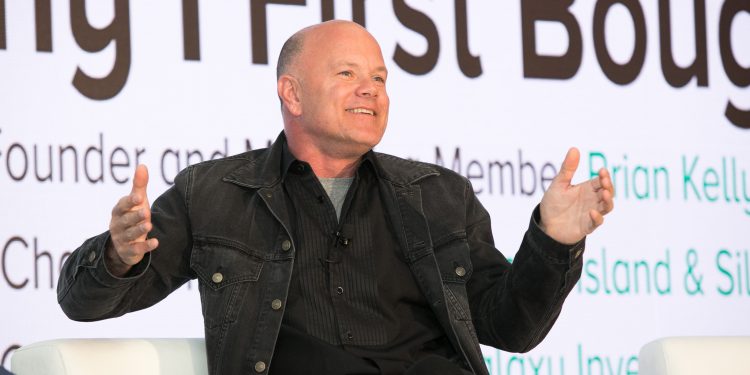 XRP, the third-largest cryptocurrency by market cap, will have another lackluster year in 2020, Galaxy Digital CEO Mike Novogratz told a roomful of financial advisers.

What’s more, he blamed Ripple – one of his firm’s largest investments – for what he sees as XRP’s underwhelming prospects.

At the end of the discussion, Novogratz fielded questions from the audience of Registered Investment Advisors (RIAs). The very last one was about his opinion on XRP, the native cryptocurrency of Ripple’s ecosystem. Although recording the event was forbidden, CoinDesk obtained a recording from an attendee.

“Ripple the company owns 60 billion of the coins, of
the XRP,” Novogratz began. “That’s a lot of it.”

The total amount of XRP in circulation is 100 billion tokens. While Ripple was “gifted” 80 billion, its holdings are down to 56 billion, of which 48.9 billion are in escrow and the company cannot touch, according to Breanne Madigan, Ripple’s vice president of global institutional markets.

Nevertheless, Novogratz likened XRP to a situation where a company continuously sells its shares.

“When I’m buying a stock, if I know [someone’s] selling $10 billion-worth of it at some price, it makes me less excited to buy the stock,” he said.

What makes this remark so biting is that Ripple is Galaxy Digital’s largest single holding in another company. Novogratz’s firm has put in $23.8 million into Ripple and valued the stake at $27.6 million as of September 30, 2019, according to public filings.

The analogy of XRP to shares is a particularly sensitive issue for Ripple. Over the past couple of years, Ripple has been fighting a class-action lawsuit claiming XRP is an unregistered security. The case remains ongoing at the U.S. District Court for the Northern District of California.

“XRP is a digital asset,” Madigan fired back in an email to CoinDesk. “It is not a stock as it does not give you any stake in Ripple or any other company. Second, XRP has legitimate utility for payments. Companies like MoneyGram, Bitso and others are using XRP in production through RippleNet’s On-Demand Liquidity (ODL).”

The company also dramatically reduced its programmatic quarterly token sales this past year, dropping from $251 million worth in Q2 down to none in Q4.

“These statements make clear that Mike doesn’t understand how Ripple manages its stake in XRP and didn’t take time to read what we make publicly available every quarter,” said Madigan. “The increase of circulating supply from Ripple distributions of XRP is actually lower than the increase in circulating supply of BTC, BCH, ETH, etc. “

When asked by CoinDesk to elaborate on his comments, Novogratz, through a spokesperson, added, “On the buying side of that you do have a strong following of XRP in Asia, and an ‘XRP Army’ which pushes it hard.”

In 2019, XRP lost 46.3 percent of its value, according to data compiled by CoinDesk. At the Orlando conference, Novogratz suggested that the trend may continue.

Through his spokesperson, Novogratz disputed having said “immensely,” but it is clearly audible on the tape.

Which is more centralized?

At the Orlando conference, Novogratz contrasted what he characterized as XRP’s more centralized setup with that of bitcoin. “[XRP] didn’t get distributed like bitcoin did with mining,” he said. “You’ve got this one giant pool that are constant sellers.”

However, Ripple maintains its network is more decentralized than bitcoin or ethereum, the top two cryptocurrencies by market cap, according to data from Messari.

“There are over 150 known validators on XRPL [XRP’s distributed ledger] that require 80% consensus to confirm transactions,” said Madigan. “Ripple controls 7 out of those 150+ validators, making XRP more decentralized than BTC or ETH which are controlled by Chinese mining groups.”

So far, XRP has shown impressive returns in 2020. Prices gained nearly 27 percent since Jan. 1 compared to, say, the S&P 500, which was about flat year-to-date. However, if one were to quibble, XRP did indeed underperform bitcoin’s 29 percent rally.

“One of the biggest problems the entire crypto industry continues to face is misinformation,” Madigan added, in reference to Novogatz. “There are so many that are willingly – and knowingly – feeding rumors to drive market activity. It is unfortunate that, despite our culture of transparency, influential market participants are ignoring the facts. This holds back the entire crypto industry.”