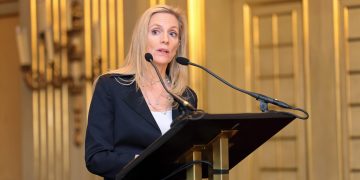 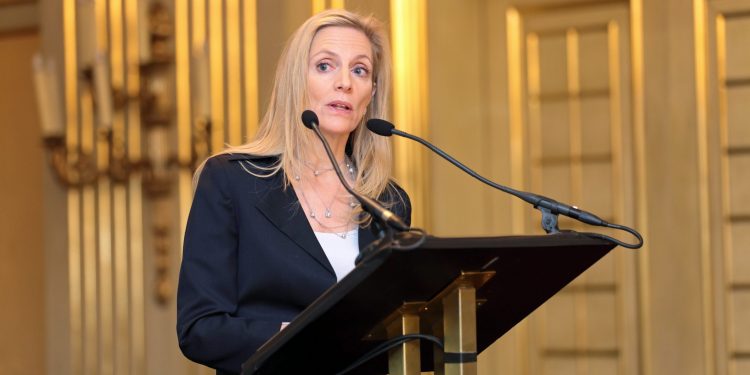 The Federal Reserve is looking at whether launching its own digital currency could be an effective counter to private initiatives such as Libra.

Lael Brainard, who sits on the U.S. central bank’s board of governors, said Wednesday the Fed is “conducting research and experimentation related to distributed ledger technologies and their potential use case for digital currencies, including the potential for a CBDC [central bank digital currency].”

“By transforming payments, digitalization has the potential to deliver greater value and convenience at lower cost,” Brainard said in a speech delivered at the Stanford Graduate School of Business in California. The U.S. dollar’s global importance means the Fed needs to “remain on the frontier of both research and policy development” regarding digital currencies, she added.

But the Fed has to evaluate if the technology would make payments safer and reduce operational costs and whether it presents whole new risks to the financial system, Brainard warned.

Working with the private sector, U.S. officials would have to determine “whether new guardrails need to be established, whether existing regulatory perimeters need to be redrawn, and whether a CBDC would deliver important benefits on net,” she said.

Brainard had previously waved away any suggestions that the Fed might launch its own digital currency. In May 2018, she told an audience at a cryptocurrency conference in San Francisco that “there is no compelling demonstrated need for a Fed-issued digital currency.”

But the Fed’s softening stance to digital currencies may be in response to concerns surrounding privately-administered digital currencies. In her speech Wednesday, Brainard said the surprise release of Libra last summer “imparted urgency to the debate over what form money can take, who or what can issue it, and how payments can be recorded and settled.”

“Some of the new players are outside the financial system’s regulatory guardrails, and their new currencies could pose challenges in areas such as illicit finance, privacy, financial stability and monetary policy transmission,” she said.

Central banks have been showing an increasing interest in digital currencies. Some, most notably the People’s Bank of China (PBoC), have already moved into active development.

A BIS report last month found more than 10 percent of banks surveyed could issue a digital currency within the next three years. And just last week, the National Bank of Cambodia said it planned to launch its own CBDC sometime in the fiscal quarter.

Six central banks, including the central banks of the U.K. and Japan, as well as the European Central Bank (ECB), formed a working group in January to collaborate and share research relating to CBDCs and were reported Thursday to be holding their first meeting in April.

Although the Fed has not joined the working group, Brainard said in her speech that the bank was already “collaborating with other central banks as we advance our understanding of central bank digital currencies.”