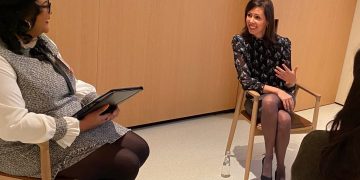 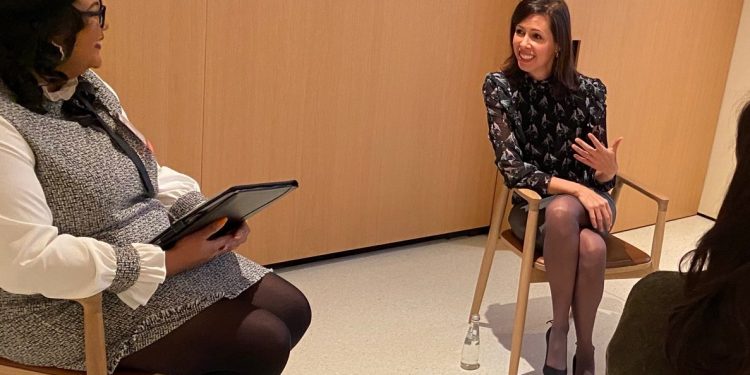 There are two warring factions at the Federal Communications Commission (FCC).

One side represents the business class, or the dominant internet service providers (ISPs) that want less regulation, freer markets, and the ability to determine how to run and where to build their networks. Its apotheosis is found in the current chairman, Ajit Pai.

The competing side, represented by Jessica Rosenworcel, one of the five FCC commissioners, is fighting for the interests of consumers. Its cornerstone positions are the restoration of net neutrality and the expansion of broadband access for all those who want it.

To some extent, the opposing interests fall neatly along party lines. Republicans want to defang the FCC, while Democrats want to leverage it to expand and improve broadband in the county.

“It’s only in Washington, where there are high paid lobbyists on behalf of broadband, that this is a controversial point,” Gigi Sohn, a former FCC chair and current NGO operator at the Electronic Frontier Foundation and the Open Markets Institute, said in a phone call. However, in the current US election cycle, that isn’t the obvious case.

President Trump ran on a position to expand rural internet connectivity, part of his pledge to fight on behalf of Reagan’s silent majority. He hasn’t delivered, but it’s a call to action also picked up by Senators Bernie Sanders and Elizabeth Warren, who collectively have offered $235 billion to build broadband networks.

Partisan lines are seemingly blurry inside the FCC, as well. The agency passed a $20.4 billion subsidy (about $10 billion less than candidate Warren offered) to construct broadband networks in unserved parts of the U.S. over the next decade. From the start, registered Democrat Jessica Rosenworcel, opposed the bill.

The funds would be directed using outdated maps “It’s time to think bigger and bolder. It’s time to do so informed by good data,” Rosenworcel wrote in a partially assenting and dissenting statement.

This sense of rational urgency is displayed in much of Rosenworcel’s activity as a broadband advocate. CoinDesk caught up with the commissioner to determine where she stands on 21 century communications technologies.

“When the FCC repealed its net neutrality protections it gave a green light to broadband providers to muck around with their customer’s internet experience. I dissented because I didn’t think that was a good idea.  Nor did the majority of Americans. That’s because most Americans do not have a choice when it comes to their broadband provider. So, if their provider starts to block their traffic or throttle their content, they have no place to turn. They’re out of luck.  While the FCC’s decision is still winding its way through the courts, we have already seen some research that suggests carriers may be selectively throttling video content. But because of the FCC’s net neutrality rollback, no one is taking a closer look to see what’s going on.  That’s regrettable. Similarly, first responders also had no place to turn when they found that their service was being throttled in the midst of wildfire response in California. That’s unfortunate. It demonstrates that the FCC’s abdication of its authority to protect consumers in the internet age deserves a serious re-think.”

“The FCC is the nation’s communications policy authority, so it’s embarrassing that it lacks a fully accurate picture of where broadband is and is not across the country.  Right now, we’re operating off an official data set that assumes that if there is a single subscriber anywhere in a census block broadband is available throughout. This is just not right.  This methodology masks millions of households and businesses that are unserved and erroneously suggests our broadband efforts are almost done. So many people in so many places are stuck in broadband deserts across the country.  It’s time to fix the method we use for calculating who is served and then we need to build accurate maps that reflect where to deploy the billions we have to boost deployment in areas stuck on the wrong side of the digital divide.  When we do this, we need to do more than just sit in Washington and work with the data. We need to actively engage the public by asking them to participate in the process, challenge what we have right and wrong, and incorporate the power of crowdsourcing.  I think this is the right way forward. Unfortunately, this is not how the agency is proceeding right now. We have plans to fix our data and maps at some unknown point in the future. But in the interim we’ll be sending out billions of dollars to expand broadband without have a full grasp on just where it should go.  This is backwards.”

On Internet of Things

“The Internet of Things is headed our way in full force. We are soon going to have billions and billions of devices that will connect so much in the world around us.  When powered by 5G wireless services, we will have unprecedented opportunity to use these super-fast connections to make our lives more efficient and effective. But as our connections multiply, so do our cyber vulnerabilities.  So, here’s an idea: we should incorporate good cyber hygiene practices into the FCC’s equipment authorization process. It would work like this—every device that emits radio frequency at some point passes through the FCC. It gets an identification number from the agency.  It’s a stamp of approval that means the device complies with FCC rules and policy objectives before it is marketed or imported into the United States. The FCC could update this process to encourage device manufacturers to build security in from the start, by incorporating work underway at the National Institute of Standards and Technology, which is developing a draft set of security recommendations for devices in the Internet of Things.”

“The hype machine surrounding 5G is in full swing. The big chatter is everywhere—not just in the advertisements we all see, but in policy discussions in Washington, too.  There is more than a kernel of truth in this rhetorical excess. That’s because the next generation of essential infrastructure in this country will be built incorporating wireless technology.  Connectivity will be all around us, not just in our phones. Moreover, the connections will be lightning fast and feature extraordinarily low latency, opening up a range of new applications and services.  As a result, the next iteration of wireless service is going to be a force across our economy and civic life. To facilitate this, the FCC has been working on making available the radio-frequency required for wireless deployment.  But the United States has made some early errors. Its early 5G spectrum focus has been on bringing to market high-band spectrum known as millimeter wave. In fact, the last five spectrum bands the agency has auctioned for commercial use have all been millimeter wave.  The United States is alone in this course around the world. While these airwaves have significant capacity they do not propagate far. As a result, deploying the terrestrial equipment to make them viable nationwide is really expensive. Nearly all other nations have focused their early 5G efforts on mid-band airwaves, which have a better mix of capacity and coverage.  The FCC has been slow to make this a priority and is only doing so now. It shouldn’t have taken this long. As a result, by most measures we are behind.”