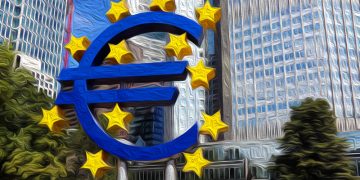 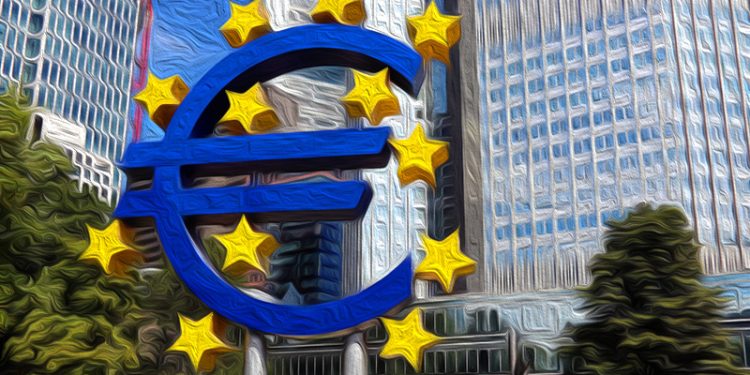 A confidential report by the European Central Bank (ECB) that surfaced today suggests that a digital currency backed by the ECB may need to be introduced if payments within the Eurozone remain too expensive, adding that further signs of declining cash usage could possibly be an influential factor for such adoption to be accelerated.

Initial plans for a European public cryptocurrency have begun to emerge after social media giant Facebook announced research and development of its own private digital currency Libra. The EU regulators have since raised concerns about the legality of such a project and its effect on the financial sector,  also mentioning several times that Facebook’s digital currency could be banned in Europe if launched.

However, at the same time, financial experts and regulators do recognize the need to adapt to the changing financial environment. The document, apparently seen by Reuters states:

“The ECB [European Central Bank] and other EU central banks could usefully explore the opportunities as well as challenges of issuing central bank digital currencies [CBDCs] including by considering concrete steps to this effect.”

Central bank-issued digital currency is considered as one of the options to meet the growing demand for cashless payments, according to a report:

“If industry efforts fall short of developing an innovative and efficient pan-European payment solution, the social need for it could potentially be met by issuing a central bank digital currency,”

ECB is aware that private currencies such as Libra and others also have the potential to reduce the overall use of cash, as consumers could rely on cheaper and more efficient digital means for payments. However, the problem with privately issued digital currencies is that no one seems to know how to regulate it and what effects on the global economy it may have if such currencies left without any legal framework.

At the moment the ECB does not yet see an immediate impact on cash payments, as it is still a very popular payment option in Europe. However, a number of countries in Europe are turning away from cash and increasingly use other forms of payments. In Sweden, for example, cash transactions only account for about 19% of total payments. Meanwhile, The UK government predicted that cash would be used in just around 9% of all payments in the country in ten years.

“Signs of a future decline in cash usage could be a catalyst in accelerating central bank efforts in the area of central bank digital currency”, the ECB document says.

An ECB is also concerned that any digital currency would have “far-reaching implications” for the financial system. It could change the entire way the monetary policy is developed and applied. Furthermore, the banking sector and other credit institutions will be affected.

The document underlines the need to “carefully assess” development of centralized digital currency and further analyze all its features and potential constraints.

ChromaWay Doubles Down on Gaming With Antler Interactive Acquistion