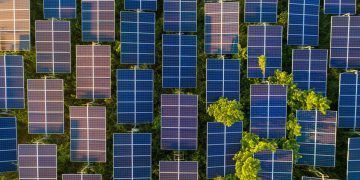 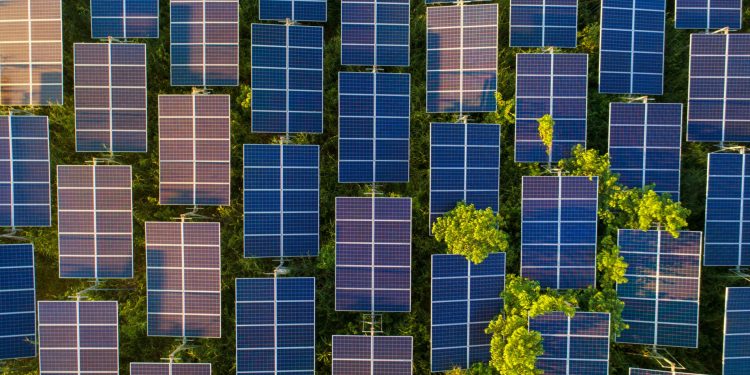 Launched earlier this year, Lition is already a licensed energy supplier in Germany with clients in 12 major cities (including Berlin, Hamburg and Munich) who are now using its decentralized energy market. Built on top of the ethereum blockchain, the Lition market connects consumers directly with energy producers big and small.

In total, more than 700 households across Germany are now using the decentralized platform to buy their energy, according to the company.

In short, Lition is trying to change how global energy works with a concept very familiar to blockchain enthusiasts: “bypassing unnecessary middlemen,” saving its users money on energy.

In the case of the households, an energy supplier sells the solar or electric energy (or whatever type they’ve produced) to an intermediary, often a giant, multinational company. Customers then buy energy from that intermediary.

The problem is, in the eyes of Lition CEO Richard Lohwasser, these multinational intermediaries have too much influence and don’t give users enough choice in what type of energy they can buy.

So, Lition’s solution is to cut them out completely.

“Our energy exchange connects customers and producers directly. Producers put their energy on the exchange and then customers can buy it,” he told CoinDesk, adding:

“Usually buying directly from producers is limited to energy suppliers that are big corporations. We’re bringing the exchange to the consumer, so consumers can pay for the energy they want.”

Cutting out the giants

Slicing out the middlemen also cuts costs – and not by a minuscule amount either. According to Lition, this saves customers an average of 20 percent on their utility bills, and increases power plant revenue by up to 30 percent.

That’s even though Lition has a strong emphasis on “green energy,” which while better for the environment, is often more expensive. As the app demo shows, Lition users can choose from the categories of wind, solar or biomass, then choose which provider they like the best (which, Lohwasser said is usually just the cheapest option).

Once a user finds the energy they want to buy, they make a payment in euros to Lition. Behind the scenes, an ethereum smart contract detects this payment and automatically sends the customer their energy.

“Lition’s …. blockchain technology simplifies the process of buying energy directly from green producers of any scale by employing transparent smart contracts that allow consumers to circumvent all of the complexity of energy distribution brokers,” the Lition website explains.

For now, users need to be from Germany, where Lition is licensed to operate. Those who are interested in purchasing energy using Lition’s market can query on the Lition website, which also features a price estimator based on the user’s postal code.

But Lohwasser sees all this is a proof-of-concept for a bigger goal.

Maybe, one day, anyone will be able to buy energy directly in this decentralized fashion, perhaps even from tiny solar farms set up by hobbyists in a neighborhood nearby.

The bad news is that, like some other companies, they’ve had problems with ethereum.

“Ethereum is not a good system,” Lohwasser put his opinion bluntly.

As much as he appreciates that the platform is open and “permissionless,” meaning anyone can use it without filing a permission slip, he rattled off a long list of problems Lition users have faced.

“It’s very slow. It takes 20 to 30 seconds to tell a customer whether they can buy energy or not,” he said, adding that as a company that’s trying to promote renewable energy, they began to feel uneasy about using a system that relies on mining, which is a rather energy-sucking process.

Realizing all the high costs associated with the platform put Lition in a bit of a bind. They started a hunt for something better, but looking at at least a dozen blockchains, they couldn’t find one that was both permissionless and scalable.

“They all have their drawbacks,” Lohwasser said. He seemed skeptical of private blockchains, different from its public cousin in that not just anyone can participate. “You might as well not have a blockchain,” he remarked.

So, they found partnering with one of the world’s largest software companies, SAP, to build their own system, a “hybrid” blockchain for enterprise, which combines what they believe are the best aspects of private and public blockchains. SAP is working on the smart contract layer, while Litiom tackles the consensus layer.

The company is quick to stress that they managed to create all this technology without funding via an initial coin offering (ICO). The new type of fundraising enabled by blockchain technology is exciting, but has also drawn quite a bit of skepticism, partly because dubious projects have been able to raise millions of dollars in this way.

In order to pursue their private-public blockchain, to be used for more than just energy use cases, Lition plans to launch their own ICO to get it off the ground later this year.

No, Bitcoin Isn't Secretly Messing with the Mid-Term Elections