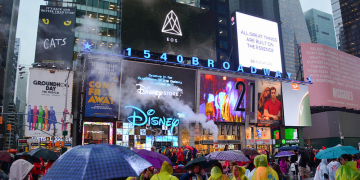 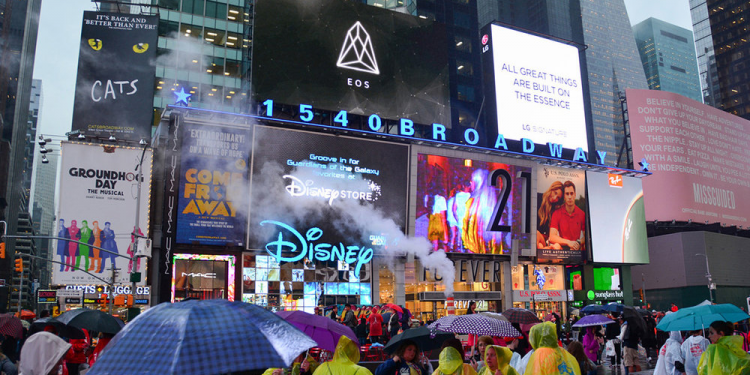 Four early employees and two contractors have resigned from the Hong Kong cryptocurrency company Block.one to start up StrongBlock, a new blockchain project that is currently under wraps.

David Moss, Thomas Cox, Brian Abramson and Corey J. Lederer were the second, third, fourth and fifth employees to be hired by the corporate parent that created EOS, a decentralized operating system and application environment today valued at more than $5 billion.

The protocol, which competes with the technology behind the bitcoin and ethereum blockchains, supplies a native cryptocurrency of the same name.

The executives joined Block.one last year: Moss and Cox in August and Abramson and Lederer in September. Software developers Jon Eric-Cook and Michael S. Mason, the contractors, began remote work on EOS in the spring.

But according to their LinkedIn profiles, Abramson, Lederer, Cook and Mason quietly left Block.one and EOS in the summer. Moss had already quit by May, a month before Block.one published the EOS main network.

“We left because we saw a need in the blockchain marketplace that Block.one was not going to address,” one of the former Block.one employees said, but did not specifically comment on StrongBlock’s strategy.

Last month, at the Global Media Blockchain Summit in Los Angeles, Moss, the CEO of StrongBlock, hinted that “EOS will be a 787 and StrongBlock will be a custom 787 factory” and displayed a picture of two Boeing 787 airplanes sitting inside a hangar, a live tweet of his talk posted from the conference shows.

The ex-Block.one associates formed StrongBlock in July with Branden Espinoza, an EOS governance specialist. StrongBlock is in stealth and does not plan on releasing its product soon.

Their exodus has opened up a talent vacuum yet to be filled on Block.one’s leading technical team. The company had recently raised billions in investor money and initiated the early stages of a core product roll-out.

One EOS had reached over $20 in April. Of the raise, $1 billion had been reserved for assisting in the EOS blockchain’s development and financing.

A bevy of billionaires were among those who bet big on Block.one. Venture capitalist Peter Thiel, hedge fund managers Louis Bacon and Alan Howard and cryptocurrency mining giant Bitmain invested in the round of funding that ended at the ICO’s close.

Blumer, a video game entrepreneur, sold gaming accessories startup Gamecliff to Internet Gaming Entertainment in 2005 when he was 19. Larimer is known for architecting BitShares, a decentralized cryptocurrency exchange from 2013, and Steemit, a blockchain social media network from 2016.

Pierce, who is also the chairman of the Bitcoin Foundation and co-founder of the Tether stablecoin and blockchain fund Blockchain Capital, no longer held a role at Block.one after a March segment aired on the HBO talk show “Last Week Tonight” hosted by John Oliver.

One of the executives, DEN co-founder and then CEO Marc Collins-Rector, had been previously arrested and convicted for sexually abusing a minor in New Jersey.

DPoS, a hybrid of the bitcoin blockchain’s proof-of-work (PoW) and ethereum’s proposed proof-of-stake (PoS) consensus mechanisms, asks users to vote on “witnesses” to confirm blocks that are produced by 21 nodes. Parties pre-selected by EOS control the nodes.

In contrast, PoW forces network participants to expend computing resources by mining randomly generated cryptographic hashes to verify blocks without giving preference to individual users. Block overseers under PoS, a closer relative of DPoS, are assigned mining power based on the amount of cryptocurrency that they hold.

PoS and DPoS have been widely criticized for enabling subjectivity and centralization of network decision-making. Validation can be slower and less neutral than in PoW blockchain models because a super-majority can band together and unduly influence collective interests, staking model skeptics have warned.

Five days later, the EOS Core Arbitration Forum (ECAF) executed an “Emergency Measure of Protection Order” that halted inbound and outbound transactions to and from 27 wallet addresses without explanation, stoking outcry that the bans set a dangerous precedent allowing users to be terminated and transactions to be reversed without cause — a risk not seen on the bitcoin network.

A block producer, who was dealing with a medical emergency, was threatened with a lawsuit in the following week for failing to comply in a timely manner with another ECAF order that had instructed him to update a network configuration, according to screenshots of WhatsApp conversations posted by several users on Twitter.

Larimer, under pressure from the controversy, issued a statement recommending that the dispute resolution body retreat into a passive role.

Since going live, the EOS network has struggled with defective source code. EOS’ bug bounty program awarded a freelance software developer six-figures on the first day of the main network’s release at a rate of $10,000 for every error patched.

Kyle Samani, a managing partner at Multicoin Capital and a vocal supporter of EOS, has not been discouraged. In a June interview with Fortune, Samani admitted that EOS has made mistakes but compared them to the rough start that the ethereum blockchain has gradually overcome.

Multicoin Capital owns large positions in both ethereum and EOS, but has highly praised EOS in particular for its scalability, interoperability, low transaction fees, on-chain governance, arbitration constitution and inflationary economics in a glowing review downloadable for viewing on the fund’s website.

Asked about Block.one being short-staffed, however, Samani told CoinDesk in an email:

“We don’t have anything to add on this front.”

Israeli decentralized cryptocurrency liquidity protocol Bancor last week publicized a cross-chain expansion from the ethereum to the EOS blockchain to leverage EOS’ transaction speed and cost-savings. BancorX, the anticipated product in the move, will trade between ethereum and EOS tokens distributed from ICOs and decentralized applications.

But Moss, the former Block.one technology VP, has said in an interview with ZenLedger CEO Pat Larsen that EOS’ claims about being able to process “millions of transactions per second” is “a lot of hyperbole” because “there are some physical limitations, like the speed of light.”

The network had conducted only about 4,000 transactions at most at any given time, Moss clarified, but added that it was “amazing” and “exhilarating” to take EOS live with DPoS voting.

As of June, ethereum had eight decentralized applications running on it with 300 or more active users, while EOS had three. Ethereum launched in 2015.

Bitcoin Just Took a Step Toward Becoming a 'Multi-Network' Cryptocurrency