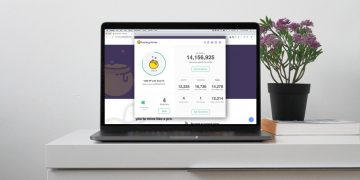 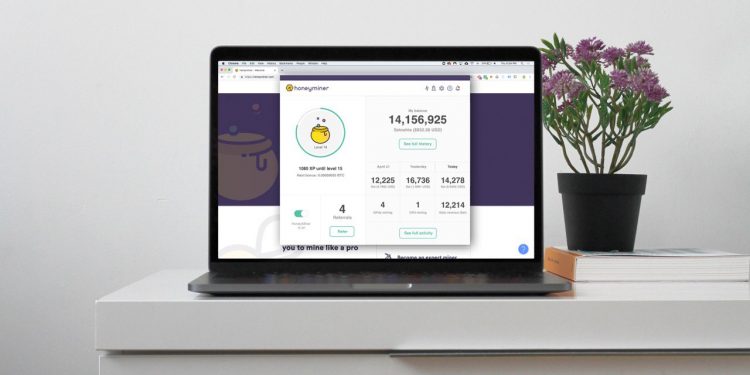 HoneyMiner, which launched in July 2018, accesses your CPU or GPU and uses it to mine various cryptos. A central server points the connected machines at a certain target like ethereum, ethereum classic, zcash, monero and other GPU-friendly currencies.

“We have over 1,400 different kinds of GPUs on our network and it’s all about routing the right computation to its most optimal use case and whichever chain is optimal,” said co-founder and CEO Noah Jessop.

The HoneyMiner app takes 2.5% of the proceeds for multi-GPU machines and 8% from single GPU users.

The Mac OS app works just like the Windows version. Upon launching the app you get 1,000 free satoshis and I was able to mine the equivalent of six cents in ten minutes.

This writer’s estimated 24-hour earnings on a 2016 MacBook Pro running a 2.9 GHz Intel Core i5 was 113 satoshis or – and don’t get jealous – $0.012 USD. The expectation is that users with more powerful computers will speed up the mining pool considerably.

HoneyMiner joins apps like DesktopMining.net and open source solutions like MultiMiner in its aim to make it easy to mine on almost any machine. They expanded to MacOS thanks to public demand.

“We launched on Windows first because there are so many powerful GPUs sitting under people’s desks around the world and lots of folks getting started with mining do so on windows,” said Jessop. “We’ve now got people in 167 countries on Honeyminer and have had literally hundreds of requests for Mac OS from our community.”

Porting the app to MacOS was quite a chore, said Jessop.

“Mac was really tricky to run super smoothly on both CPU and GPU when available team spent months – maybe even too long – making it work,” he said. “If we let everyone mine with the efficiency of the pros, software know-how becomes less of a barrier.”