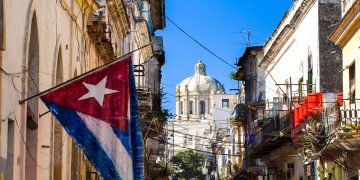 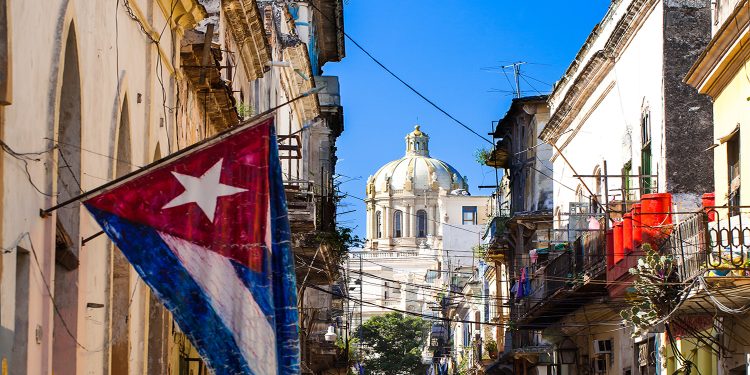 Cuban expat Claudia Rodriguez of the Brazilian startup Fusyona, the sole bitcoin exchange proactively serving Cubans, told CoinDesk the exchange has nearly 700 accounts since launching in 2018. She said up to 60 users purchase a total of one or two bitcoins every week.

“For Cuba, that is a lot,” Rodriguez said. “Cuba is probably going to be very interesting for Libra [developers] and I hope there will be some potential there.” In its launch materials for the Libra stablecoin, Facebook has focused heavily on the potential to connect the world’s underbanked with digital financial services.

Rodriguez’s Fusyona partners with five volunteers in Cuba, but keeps them anonymous because Cuban regulations neither forbid nor clearly permit selling bitcoin. As such, the startup is working with local lawyers in the hope of finding a “100 percent legal” way to enable peer-to-peer trades in Cuba.

Meanwhile, Cuba’s communist party recently announced plans for a national cryptocurrency project as well. But given the country’s long history of market manipulation, many Cubans are apt to distrust government-backed financial institutions.

Elvis Morales, a Cuban crypto entrepreneur based in Seattle, told CoinDesk he used bitcoin for remittances to family on the island.

“But the only issue is: How will they transfer that [crypto] to actual money in Cuba?” Morales said. “We don’t have credit cards. We have banks but we don’t use them, because the government could come to you and ask why do you have this money?”

Given that context, an anonymous bitcoin user in Havana told CoinDesk that Facebook’s crypto project could “open many doors” in Cuba and would be widely accepted if it was available to Cubans.

Yet Alfonso can’t imagine how Facebook’s project would provide an accessible option free from the risk of seizure.

“There’s no possible way people in Cuba can use Libra unless we enter in the global monetary system,” he said. “At the moment, we are living in a different galaxy.”

So far, there is no evidence the Switzerland-based Libra Association could help provide a mainstream crypto on-ramp in Cuba.

Despite widespread Facebook and WhatsApp usage in Cuba among the type of unbanked people the Libra white paper prioritizes, a Facebook spokesperson told CoinDesk there aren’t any plans to make the Calibra wallet accessible to Cubans, due to American sanctions.

Facebook is already facing regulatory backlash at home, with multiple grillings this week on Capitol Hill of blockchain lead David Marcus and calls from lawmakers for the company to stop developing Libra.

However, according to a regulatory lawyer in the fintech space who spoke on the condition of anonymity, it appears money transfers to vetted individuals in Cuba isn’t illegal. But, the lawyer said, it does raise regulatory risks that the Libra Association may prefer to avoid altogether.

“That doesn’t mean that other wallet providers won’t be able to do so – other companies are free to build wallets for Libra, so they could in theory build a wallet that would be available in Cuba.”

Most Cubans only started having mobile internet access in 2018.

Even today, their censored access is expensive enough that few use it beyond messaging tools like WhatsApp, several sources said. Most bitcoin exchange platforms exclude Cuba entirely, so liquidation mostly happens through informal swaps.

Cubans share many of the hallmark factors that drive bitcoin usage in Venezuela, such as an unstable local currency, strict capital controls and widespread mistrust of the government-controlled banks. Mere possession of foreign dollars was only legalized in 1993.

It’s difficult to imagine U.S.-based entities earning regulatory approval for crypto commerce with the sanctioned island. President Donald Trump tweeted on July 11 that he disapproves of both bitcoin and Facebook’s Libra.

Yet there is some precedent for Americans transacting with Cubans despite sanctions. Western Union, which currently handles the majority of Cuban remittance services, operates on the island with specific restrictions regarding amounts and recipients.

Trump’s tweets aside, bitcoin already offers Cubans global access to censorship-resistant transactions, despite how limited local liquidation options may be. Neither Libra nor Cuba’s future cryptocurrency could offer that. Alfonso said he doesn’t see how Libra would be accessible to Cubans without banking rails and traditional partnerships to assure Libra coins were accepted by companies on the ground.

“My personal opinion is that we should focus more on bitcoin,” Alfonso concluded, adding:

“In the end, Cubans will accept anything you give them as long as they can exchange them back for goods.”