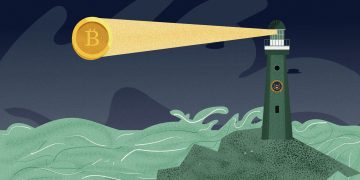 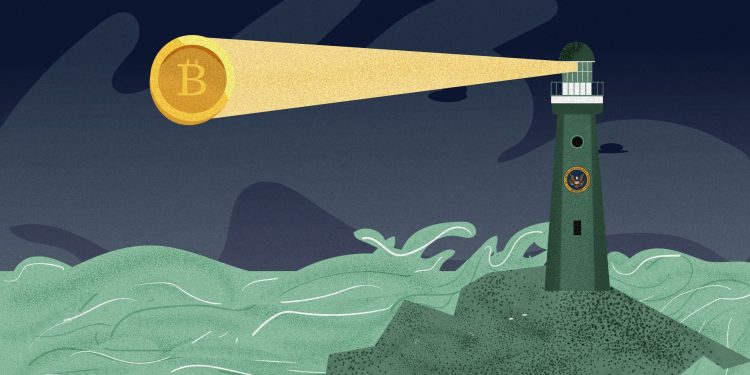 We confess that, on first read of SEC Commissioner Hester Peirce’s safe harbor (SH) proposal, we were skeptics. It is very limited in scope, is only a rough draft, and appears to have little-to-no chance of becoming law, as Peirce’s term as commissioner is scheduled to expire in June and no other commissioner has yet expressed support for the proposal.

Despite our skepticism, the proposal has attracted much attention and significant praise from the crypto community. Why? First, the community is starved for any constructive, supportive and engaged attention from policymakers in D.C. in addressing regulatory barriers to innovation.

Second, the proposal offers a potential solution to an important Catch-22 encountered by token-based networks before they are fully functional or decentralized. It would provide relief from federal securities law requirements often viewed as handicapping projects needing to get tokens into the hands of potential users to achieve full functionality or decentralization.

The important question is whether the crypto community should invest its time and resources in support of the Peirce proposal, given the odds against it. To answer this question, one must first ask (a) whether there are other ways to solve the problem more expeditiously and, more importantly, (b) if this particular proposal provides the most desired solution.

Alternative pathways. Although a fledgling group in Congress understands the technology and its potential, obtaining a legislative consensus on any one proposal is complicated under the best of circumstances.

Getting a bill to the President’s desk is rare. Based on data over almost 20 years, on average only 2-3 percent of all legislation introduced in Congress becomes law. Moreover, election-year calendars usually have fewer legislative days and this year has even fewer due to the recently concluded impeachment process. Realistically, passage of a bill usually requires either (a) a crisis or (b) years of work, lots of money and the buy-in of multiple constituents, including not only other members of Congress, but also the administration and independent regulatory agencies, as well as those outside of government, such as consumer advocacy groups. The process is much like driving over a very rough road with lots of rocks and potholes, any one of which could blow a tire, break the suspension or wreck the car.

Regulatory action involves far fewer people and potential pitfalls, but it is not necessarily quicker or more certain. In the case of the SEC, the five commissioners are the decision-makers, supported by competent and respected professional staff. Its actions are governed by the Administrative Procedure Act, which prescribes specific steps the SEC and other agencies must follow if they want to establish new rules. These steps include a formal proposal and comment process that could take months if not years.

Limits on a commissioner’s power. Commissioner Pierce has offered a welcome oasis for the crypto community in a federal bureaucracy that tends to be more reactive than proactive. She earned her the nickname “Crypto Mom” because she is willing to listen and offer solutions, not excuses to difficult issues the industry faces with her agency. But her enthusiasm may not be enough to move the proposal through the SEC.

Without a doubt, as only one of five on the Commission, which historically has been dominated by the Chairman, Peirce’s ability to influence consideration of the proposal is limited. Without the support of one or more other Commissioner and some senior staff, borrowing a football analogy, she is trying to pass from her own end zone with little or no pass protection.

Of course, she realizes there are skeptics: “I suspect some of you are asking, ‘Who cares?’ I get the point. I am one of five Commissioners. I cannot write rules unilaterally,” she has said.

Borrowing another football analogy, she seems to be making a Hail Mary pass, throwing it long and deep, hoping someone will catch and run with it. Quoting from Bruce Springsteen, she says “you can’t start a fire without a spark,” and asserts optimistically that “[i]t does not hurt to get the ball rolling. People change their minds.”

The monkey’s paw. A decision to support the SH should be based on a good understanding of the proposal itself, how it accomplishes its objective and the potential consequences, both intended and unintended. In this context, we should remind ourselves to be careful of what we wish for.

The proposed SH is narrow in scope: simplify the process of raising capital in certain types of token projects involving the development of a functional or decentralized network, thereby encouraging developers to continue innovating in the United States.

The SH would offer projects a three-year grace period to raise critical funding through token sales without registering the token as a security, provided certain conditions are met. During this period, the team would be required to make a good faith effort to create “liquidity for users.” Secondary market trading of tokens would be allowed, even encouraged (again, provided certain conditions are satisfied) on trading platforms that are similarly subject to the SH if they facilitate trading of these tokens.

The proposal also contains several provisions the consequences of which should be considered in evaluating the proposal as a whole:

Shifting responsibilities and costs? First, the proposal shifts to the private sector much of the SEC’s oversight responsibilities and eliminates the delays attributable to SEC review that often accompany public offerings. However, it is not a panacea – there will be costs associated with compliance, the burdens of disclosure have not been eliminated and the SEC will still have jurisdiction under the anti-fraud provisions of securities laws.

More transparency? Additionally, a detailed list of information about each project must be made available initially on a freely accessible public website and updated upon change. Undoubtedly, private services will seize upon the opportunity to use access to this information to develop new products and services that will facilitate analysis of the projects, potentially providing greater scrutiny of fundamentals and better oversight of the projects on an ongoing basis. Presumably, all investors in the project would have access to levels of information usually reserved for larger investors.

New de facto regulator? Furthermore, projects would become de facto regulators of trading platforms. If a project team decides to facilitate secondary trading on a “trading platform,” the team is required to seek one that can “demonstrate compliance with all applicable federal and state law and regulations relating to money transmission, anti-money laundering, and consumer protection.” By requiring them to ascertain the regulatory status of the trading platforms, the proposal effectively requires projects to police the compliance efforts of the platforms.

Whether the Commissioner is proposing a sandbox or a beach, neither will be created in a vacuum.

To what extent will projects be required to continuously validate platforms’ claims of compliance? Would they be allowed to rely on third party validations? The only certainty is that lawyers for both projects and platforms will be busy writing opinions to satisfy this requirement.

Out of the frying pan, into the frying pan. Importantly, this requirement also subtly changes the focus on how trading platforms are regulated. Since the proposal exempts them from regulation as exchanges under the securities law, trading platforms for covered tokens are assumed by the proposal almost backhandedly to be regulated under money transmitter licensing laws. In other words, projects are not asked to certify that platforms are compliant with securities laws, but rather to verify the platforms’ compliance with state money transmitter licensing laws, further helping to cement project tokens’ non-security status.

Sandbox vs. beach? Some view this proposal as a sandbox. One publication referred to it as Peirce’s “beach” borrowing upon a 2018 speech where she favored a beach rather than a sandbox, where “[t]he regulator monitors the landscape [like a lifeguard], steps in to stop violations when they occur, and stands ready to answer interpretive questions as people seek to understand how the rules apply to their situation… but the regulator leaves ample room for innovators to develop their ideas without the regulators sitting at their shoulder taking part in each creative decision.” Whether the Commissioner is proposing a sandbox or a beach, neither will be created in a vacuum.

Can crypto support change the odds? With the support of the crypto community, can the odds of the SH becoming law or regulation change? Should it allow itself to be distracted from other pressing priorities, given the seeming odds against adoption?

Commissioner Peirce is encouraging discussion and feedback on the proposal. That process will not necessarily improve the chances that it will eventually be considered by the SEC, but may help identify and refine what may be feasible in the future. If the community decides this proposal – or another – has value and ultimately should become law, it needs to engage both individually and collectively through industry groups and coalitions. Allies outside the crypto community are also critical, in both the private and public sectors. The consumer lobbies cannot be ignored. And above all, a commitment of time and money will be necessary.