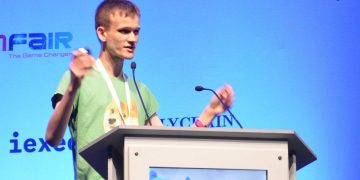 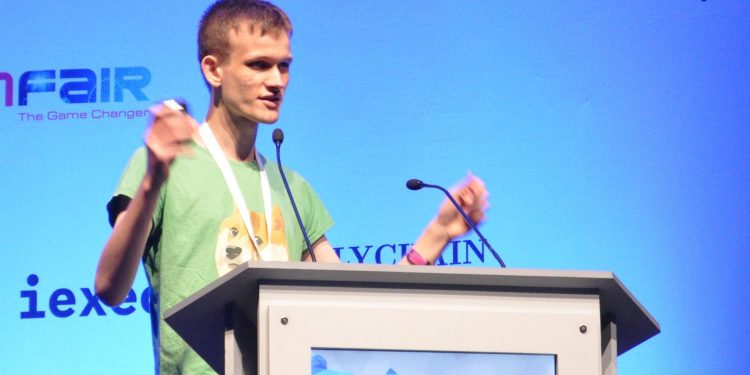 A new proposal by Vitalik Buterin, the creator of ethereum, suggests he is considering increasing rewards for validators who would secure the operation of the next version of the world’s second-largest blockchain.

Ethereum 2.0 is by far the biggest upgrade on the horizon for the ethereum blockchain, today valued at $17.5 billion. Its broader goal is to erase ongoing bottlenecks to transaction throughput and significantly decrease costs on the network.

“In a proof-of-stake system, your cost of attack is just buying tokens. You basically want it to be unreasonable that anyone would be able to buy so much tokens that they’re able to attack the network,” Fredrik Harryson, CTO of ethereum software client Parity, explained.

As proposed by Ethereum Foundation researcher Justin Drake in recent days, the targeted amount of staked wealth on the network is around 32 million ETH (by today’s estimates, that would be valued at over $500 million.) And based on that amount of targeted staked wealth, roughly $160 million in ETH could be earned annually by the entities that would, as planned, replace the network’s current ecosystem of transaction miners.

But how do you get that much value set aside in order to keep the network secure? In order to incentivize that kind of behavior, ethereum developers need to set a return rate — akin to an interest rate — that rewards validators who lock up their ETH and contribute to the security of the blockchain.

“They have to find a number that is appropriate. You don’t want to overpay to secure the chain and you don’t want to overpay,” Jonny Rhea, a protocol engineer at ConsenSys, explained to CoinDesk. “So, the idea was they did some back of the envelope kind of math to figure out what’s it going to be worth and what should we pay to secure the chain which we pay the validators.”

Originally, this “back of the envelope math” suggested the interest rate should be roughly 2.20 percent given an overall amount of 30 million ETH staked on the network.

“There’s a sliding scale of rewards that depends on how much ETH is locked up in stake. In a system where you have very small amounts of stake locked up, you want to encourage more people to stake and lock up more ETH to increase the security of the chain.”

However, estimations presented by Collin Myers, a token strategist for ConsenSys, back in January suggested that the present rate of return for ethereum 2.0 validators was simply far too low.

Taking into account the minimum staking requirement of 32 ETH, computing costs, code risk, general uptime and maintenance costs, and more, Myers concluded the current ethereum 2.0 specifications resulted in net yields “that are highly unlikely to attract a small validator.” Rhea adds that the same conclusion was reiterated by “several different people” including miners and financial experts in the ethereum community.

The latest proposal, submitted this week by Vitalik Buterin, the founder of ethereum, suggests bumping up the rate of return to 3.30 percent given an overall amount of 30 million ETH staked on the network.

This would mean that ethereum 2.0 validators collectively would receive a maximum annual reward issuance of close to 100,000 ETH, which by today’s estimates would be worth around $160 million.

By comparison, mining on ethereum today is estimated to be a nearly $700 million annual industry.

As such, compared to mining on ethereum, the targeted valuation of validating on ethereum is considerably lower. At the same time, so is the overall inflation rate of ETH.

“The base inflation would be ~1 percent and the base return [rate] ~3.2 percent,” estimated ethereum researcher Justin Drake in response to Buterin’s proposal. At present, the inflation rate on ethereum is just over 4 percent.

Counting into this dynamic additional gas costs which on the current ethereum network can be thought of similarly to the costs of writing transactions into a mined block, Drake adds:

“With half of the gas burnt, then inflation [on ethereum 2.0] would be ~0.5 percent and the validator return ~5 percent. Feels healthy!”

“It’s more like behavioral economics,” Harrysson told CoinDesk. “It’s a subjective measure of what you want your cost of attack to be. So, the question you always ask yourself in blockchain is how much would it cost to attack this chain?”

These estimations that Buterin has proposed are by no means set in stone. The work going into determining the reward issuance structure, Rhea tells CoinDesk, is like trying to “target the sweet spot” between profitability and security.

“For now, [Buterin’s proposal] is what it’s going to be but it’s being put out as a proposal. People are going to go back to the drawing board. I know Collin Myers from Consensys this weekend is going to rerun his analysis based on [the new numbers] and he’ll probably have some interesting feedback.”

Drawing board image via Shutterstock