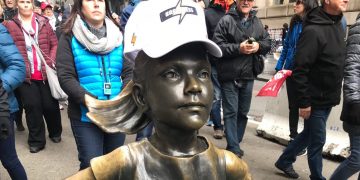 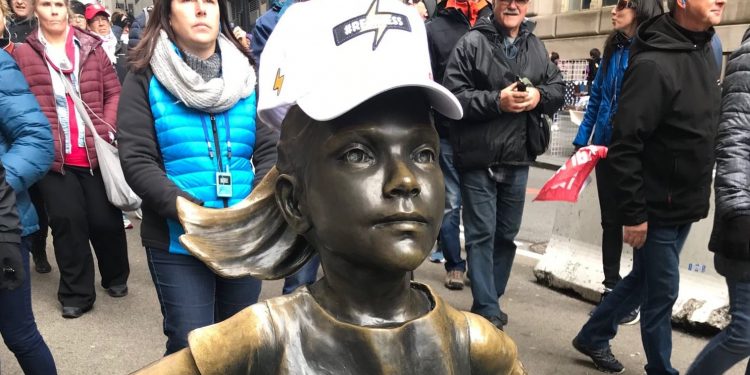 It was described as “not a normal conference.”

Sure, speakers took to the podium to present their futuristic ideas – a staple at the cryptocurrency space’s many, many conferences. But the Lightning Hackday, which took place in the heart of Wall Street on October 27th and 28th, was all-in-all more of a community-led endeavor with a heavy coding twist.

Throughout the two-day event, a hackathon whirred in the background. Tiny computers called Raspberry Pis dotted the tables and developers murmured amongst themselves about how to tweak the rules of the system while also not disrupting the incentive schemes.

This eclectic setup is maybe to be expected from a group of hackers building what they hope is the future of money.

Bitcoin’s lightning network is still in its early stages, but many hope it will fix bitcoin’s biggest underlying problems – that it’s simply too slow and clunky, and so doesn’t scale well for a future of mass adoption – at least, that is, without the help of a second layer.

“For those of you who don’t know, blockchains suck,” Chris Stewart, an engineer at blockchain data provider SuredBits, said when kicking off his talk.

That said, he and other developers hope the lightning network will change that.

Passions were so high, in fact, that it was hard to keep track of all the different projects on the floor. But one thing tied them all together – the interest in building for the technology’s potential as a payment mechanism for everyday purchases.

Indeed, Lightning Labs engineer Alex Bosworth admitted that lightning’s “killer app” – what takes it mainstream – might be as simple as that.

“I don’t know what the killer app is, maybe buying a cupcake is,” Bosworth told attendees during his talk.

Bosworth, though suspects that the best ideas for using lightning haven’t even been created yet.

For comparison, he argued that the early developers behind Linux, the popular open-source operating system, could never have guessed how far the code would go.

“Were they thinking ‘Oh this will be deployed in a billion phones?” he said, implying that they probably didn’t – and couldn’t – have that kind of foresight when it was first deployed.

Right now, lightning works by passing around “little proofs” that are essentially “meaningless, random data,” Bosworth said. “But we could turn it into meaningful data,” added.

One idea: use lightning for passing around little pieces of a file, so that when they’re brought together they recreate the full file.

Bosworth also argued that lightning could be used to pay for enhanced payment privacy and to fuel a wave of “self-organizing” games, although, as Bosworth rattled off idea after idea, it was hard to keep up with just how these features would work in practice.

Still, he was only one developer sharing ideas at the event.

Hailing from Japan, Nayuta CEO Kenichi Kurimoto presented a lightning implementation that’s optimized for the “internet of things,” or the vast array of devices – from cars to TVs – that have enhanced capabilities thanks to being connected to the internet.

He sees great potential in this use case, arguing these connected machines might one day send payments between each other. And with that, he envisions that a “money owned by nobody” (i.e. bitcoin) will play a key role, since payments can be so cheap and various devices can execute them without the need for a third party.

Back to the basics

But with all of the futuristic, look-past-the-horizon ideas aside, another key focus of the Lightning Hackday was simply making lightning easier to use.

“There’s a lot going on, but there’s also not,” bitcoin enthusiast Toby Algya said, laughing about how difficult lightning is to set up. “I’m just trying to get lightning working. That’s my personal challenge for the day.”

In this regard, developers are still thinking about the bottom layer, which might someday help with these kinds of problems. For example, a tool called “lightning autopilot” could make things easier by automating the step where users have to set up a “channel” to use the network.

For one, Rene Pickhardt, a lightning developer and data science consultant, is working in this area and argues that these kinds of design questions are important to answer early.

“Why is it important to think about it early? If we grow lightning for a couple of years, we might find out topology is not that great,” he contended.

While Pickhardt offered some ideas at the Lightning Hackday, he noted that no solution is perfect since there’s a “tradeoff between privacy and the quality of recommendations.”

On a related note, a few key lightning developers are meeting in Australia next week to discuss the future of the project’s specifications. Pickhardt noted that the future of autopilot, including his implementation, is something high on their list to discuss.

Bosworth echoed that sentiment, saying that these kinds of technical tweaks are so vital that he’s going to hit pause on his big ideas – for now, at least – to focus on them. Case in point: he recently joined Lightning Labs on a full-time basis in order to work on the nuts-and-bolts aspect of the software.

“There are so many cool things that can be built on lightning, it’s important for the underlying protocol to work well,” he said, concluding:

“My priority is to get it there.”