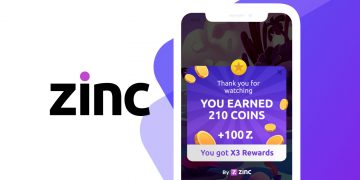 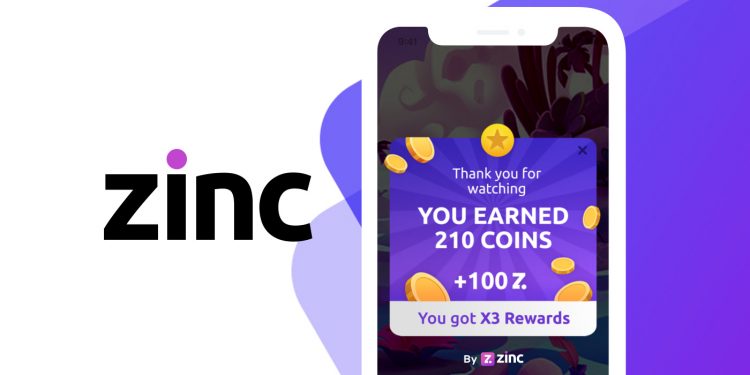 Zinc is an advertising protocol based on the blockchain. It empowers users to share data and lets them earn rewards for viewing advertisements on their favorite apps.

Zinc aims to develop a new online advertising ecosystem that is more transparent. The platform will make users active players instead of passive viewers without a significant impact on how advertisers, app developers, and publishers operate with the current advertising ecosystem.

Daniel Trachtenberg founded Zinc. Trachtenberg is the former head of mobile fraud prevention and director of the Mobile Data Management Platform for IronSource, which is a world leader in advertising technology. This positions Zinc to have an incredibly useful partnership with IronSource, whose ad platform reaches more than 1.5 billion active users each month via its SDK network that integrates with more than 80,000 games and apps.

What Problem Does Zinc Address?

One of the major concerns that Zinc aims to address is the lack of available first-party user data that can target actual human audiences. Those collecting this data are increasingly overwhelmed with fraudulent traffic, which does not help advertisers or human audiences. The team behind Zinc looked at the top data service providers and fraud prevention tools and did not find a B2B service that was effective at resolving this issue.

The issue of data fraud is crucial. More than 30 percent of the projected $335 billion that will be spent on digital ads in 2020 is expected to be wasted because of fraud and inefficiencies. The common fraud types include:

There are also several problems built into the current advertising system. Users will browse an app or play a game and see ads, so the developer can monetize the app. The ad revenue metrics are low because of a lack of reliable data. To overcome this, developers put in more ads, so they can get positive ROIs. The higher number of ads ruins the user experience and leads to unnatural engagement.

How Does Zinc Resolve these Issues?

Zinc harnesses blockchain technology to let users share their data. It also rewards them for viewing ads within their favorite apps. As part of these things, it creates a new digital advertising protocol that is user-centric. Overall, Zinc should improve ad efficiency, reduce the amount of money spent on ineffective advertising, mitigate fraud, and increase monetization of the digital real estate. How Do You Use Zinc?

To take advantage of Zinc, you start by downloading the application. As you set it up, you get to choose what data you will share with advertisers. You then use your favorite applications as you normally would and earn rewards for doing so. You can convert the ZINC rewards to fiat or use them to unlock in-app features.

What Are the B2B Functions of Zinc?

Zinc is set up to aid various businesses, including advertisers, publishers and developers, and ad networks. Advertisers will get to efficiently allocate their advertising budget, so they can stay relevant to users. They will also get 100 percent real traffic via Zinc instead of bots or click farms. Additionally, advertisers can take advantage of auditability and clarity as a direct result of the transactions being on the blockchain.

Publishers and developers will receive payment in a standard currency from advertisers, just like they usually do. Because of the savings and increased value that advertisers get with Zinc, they will also be able to pay publishers and developers ZINC tokens. ZINC can then be exchanged for fiat currency to improve the margins. Alternatively, developers and publishers can use these tokens as in-app rewards that will grow the attractiveness of the app and encourage use. Developers and publishers can also offer premium content in exchange for ZINC.

The ad networks who use Zinc will no longer have to rely on other parties to function. Instead, they will get transparency and real value. The participants in ad networks will be able to improve ad formats, charge competitive rates, and deliver ads with confidence.

How Does Zinc Benefit App Users?

Those who use the application will be in complete control of their data delivery, including the ability to get rewards when they do share this data. In return for data, users will see ads that are relevant for them and receive ZINC tokens, which they can use or exchange for fiat. Some applications may offer ZINC rewards to users and the users will also earn ZINC from their time spent on apps plus their actions on them, things they already do. In addition to the ZINC functionality mentioned above, there will be an initial token distribution event on the Ethereum blockchain since the ZINC token is ERC20 compliant. Of the total tokens, 55 percent of ZINC is allocated for strategic partnerships, reserves, and company user acquisition. The Zinc team gets 20 percent with a 36-month vesting period and 12-month lockup period. Another 20 percent is for the token sale. The final 5 percent goes to advisors with an 18-month vesting period and 12-month lockup.

Zinc is poised to change the way that online advertising works. Via the Zinc ecosystem, advertisers can get a greater return on investment while users have a better experience with targeted ads and can earn rewards. The setup of Zinc allows it to help all parties involved in advertising, including the users who view the ads, the advertisers, the developers and publishers who host ads, and the ad networks. Zinc is getting ready for its presale, so there is still time to invest via purchasing tokens.

How to Mine TurtleCoin (TRTL): Complete Beginner’s Guide

How to Mine TurtleCoin (TRTL): Complete Beginner’s Guide