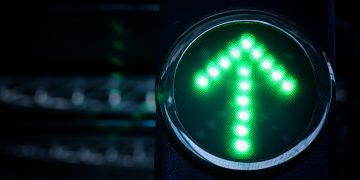 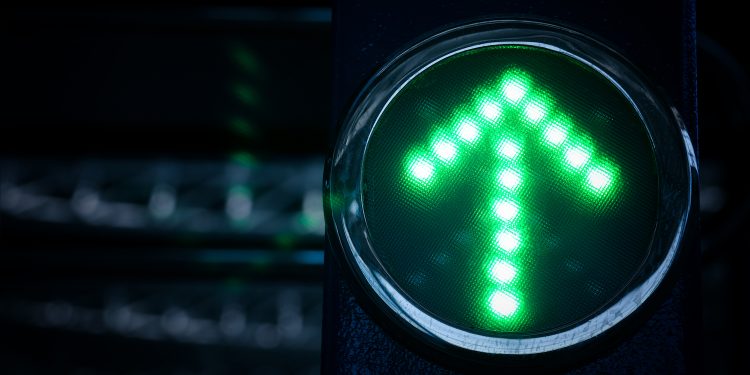 While bitcoin’s rally has gathered pace in the last 24 hours, other major cryptocurrencies have put on a better show.

Bitcoin, the top cryptocurrency by market value, found bids near $9,100 during the Asian trading hours on Wednesday and rose to a fresh three-month high of $9,755 during the late U.S. session.

The convincing break above $9,600. a level which saw bitcoin turn lower earlier this week, has revived the immediate bullish view aborted by Monday’s doji candle.

At press time, bitcoin is changing hands at $9,615, representing a 4 percent gain on a 24-hour basis, according to CoinDesk’s Bitcoin Price Index.

The crypto market leader, however, is outshone by other top 10 alternative cryptocurrencies (or “altcoins”), according to CoinMarketCap.

For instance, ethereum’s ether (ETH) is currently reporting a 9 percent gain on a 24-hour basis. Meanwhile, bitcoin’s offshoots bitcoin cash (BCH) and bitcoin SV (BSV) are flashing double-digit gains, and litecoin (LTC) and EOS are up at least 5 percent each. XRP, the third-largest cryptocurrency, is up just 0.75 percent.

Notably, ETH is trading well above $200 for the first time since September and has gained 63 percent so far this year. Other top coins like LTC and EOS are reporting 78 percent gains on a year-to-date basis. Meanwhile, bitcoin is relatively underperforming with 34 percent gains.

Some lesser-known names like ontology (ONT), Qtum (QTUM), and waltonchain (WTC) have also risen more than bitcoin since the start of the year. As a result, bitcoin’s dominance rate – its share of the total crypto market value – has dropped to a seven-month low of 65 percent.

The Intermarket performance is suggestive of a bitcoin rally that is, in part at least, being fueled by increased demand for alternative cryptocurrencies.

Most of them are denominated in bitcoin. So investors tend to buy bitcoin first and then rotate the money into alternative coins, causing bitcoin’s price to rise.

From a technical perspective, bitcoin’s rally looks to have legs and further gains could be in the offing. That could only bode well for broader markets.

Bitcoin jumped 5 percent on Wednesday, engulfing the price action observed in the preceding seven days, a sign bullish sentiment is quite strong.

Further, it closed (UTC) Wednesday above the lateral resistance of the Nov. 4 high of $9,586, establishing yet another bullish higher high.

All in all, the bulls look to have reinstated their dominance and could soon challenge the psychological resistance of $10,000.

Notably, there is no major resistance lined up between the current price and $10,000 that could cap upside. The 14-day relative strength index is still holding below 70, meaning the market isn’t overbought and there is room for further price gains.

The overall bias will remain bullish as long as prices are holding above the higher low of $8,213 created on Jan. 24.

The MACD histogram is now beginning to print higher bars above the zero line – a sign of the strengthening bullish momentum. The RSI is also hovering in the bullish territory above 50 and pointing north.

Overall, the odds appear stacked in favor of a rise to the October high of $10,350.