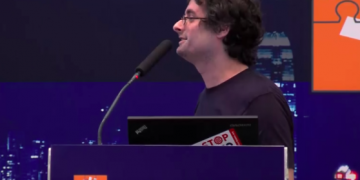 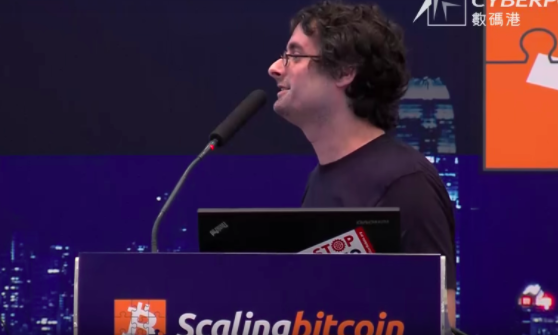 A privacy and scalability upgrade that could turn out to be one of bitcoin’s largest to date has passed a couple of milestones that were little noticed outside technical circles.

On Tuesday, Pieter Wuille, a Bitcoin Core contributor and the brains behind the update known as Taproot submitted a work-in-progress code change to GitHub in what’s known as a “pull request,” showing that the code is ready for more developer eyes.

“Merging this is obviously conditional on getting community support for the proposal. It’s opened here to demonstrate the code changes that it would imply,” he wrote.

Submitting a pull request to the code for Bitcoin Core (the reference implementation, or standard version of bitcoin software from which others are derived) does not mean the change is official. But it’s a key step. While many in the bitcoin community are excited about the upgrade, the process of turning the idea into code has been mostly happening behind-the-scenes. Wuille’s “pull request” pushes it into the spotlight, signifying the code is closer to ready.

Though Wuille submitted the pull request just a couple of days ago, several bitcoin developers including John Newberry, Ben Woosley, and Adam Ficsor have already left review comments, in another sign of how highly anticipated the change is.

In another key, if more symbolic milestone, the three Bitcoin Improvement Proposals (BIP), which are like blueprints of the changes, have also been assigned numbers on GitHub.

A key part of the proposal is Schnorr, a cryptographic signature scheme for proving ownership of coins. It’s better than what bitcoin has right now in that it paves the way for scalability improvements and allows developers to build new technologies on top of bitcoin.

Using Schnorr, Taproot adds smart contract capabilities to bitcoin that would strengthen privacy. For example, the transactions that open and close payment channels on the lightning network, allowing speedier transfers of small amounts, would not look much different from normal transactions (at least, up to a point). So it would be harder for blockchain voyeurs to discern what a user is doing.

As a decentralized cryptocurrency, bitcoin doesn’t have a single leader who can push through changes. As such, a major change like this (called a “soft fork” in bitcoin) can only get absorbed if just about everyone agrees with it.

If no one in the community comes up with any valid objections to Taproot (such as uncovering a security vulnerability) it could become the biggest change the digital currency has seen since 2017, when scaling upgrade SegWit was locked in after a long and often savage debate.

So far, it looks like the change has all but unanimous approval from developers. Bitcoin Core contributor Anthony Towns organized a review group where developers scrutinized the BIPs, submitting comments and suggestions. Any developer who wanted to join could.

This “army” of developers finished their review of the protocol change earlier this month. Of those, 16 submitted a “survey” at the end outlining their feedback, including whether they think the upgrade is a good idea. All 16 approved of the changes.

There’s still a lot of work to do. While many scrutinize the code looking for improvements or errors, some developers are debating the best way for the decentralized, global network to adopt the change with as few bumps as possible – which SegWit’s heated debate showed is far from a given.