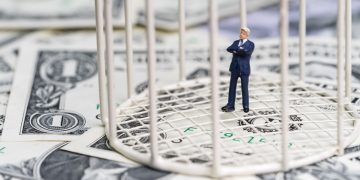 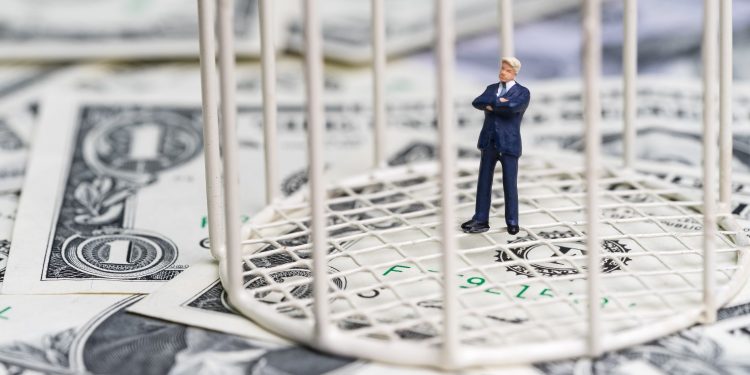 Bitcoin took its biggest daily fall in three months on Wednesday, potentially trapping the bulls on the wrong side of the market.

Bitcoin fell by nearly 6 percent from $8,085 to $8,600 on Nov. 21. Since then, the cryptocurrency has had 44 down days, although the losses have been largely moderate.

As can be seen above, bitcoin has dropped by more than 3 percent in just 13 days in the last 4.5-months and in five days so far this year. These numbers, when taking into account bitcoin’s solid rally from $6,850 to $10,500, indicate market sentiment has been quite bullish since the start of the year.

As a result, Wednesday’s 5.5 percent slide could be referred to as a bull breather or pullback. The slide was expected following the confirmation of the golden crossover – the bull cross of the 50- and 200-day MAs – on Tuesday. The golden cross is a lagging indicator and often marks temporary market tops.

Bitcoin, however, rose back above $10,000 on Tuesday, seemingly opening the doors for a re-test of the recent highs above $10,500, only to plunge again. As a result, Wednesday’s drop may have trapped some buyers above $10,000.

That said, the broader trend is still in the bullish zone with prices holding well above key support near $9,100. At time of writing, bitcoin is changing hands just below $9,620 on Bitstamp, while its global average price, as represented by the BPI, is seen at $9,626.

Bitcoin has printed a series of higher lows and higher highs over the last two months. That bullish structure is intact despite the sudden price drop from $10,500 to $9,500 and would be only invalidated if and when prices find acceptance under $9,075, a higher low created on Feb. 4.

However, the risk of a slide to $9,075 has increased with Wednesday’s losses, which have activated twin price-negative cues: a big bearish engulfing candle and a new lower high at $10,300 (marked by arrow above).

So, the bulls need to act soon by pushing the cryptocurrency above the descending 5-day MA at $9,800. A sustained break above the short-term average may cause some sellers to rethink their bias.

A break above Wednesday’s high of $10,300 would be a stronger confirmation of the continuation of the uptrend.

Bitcoin remains trapped in a descending broadening channel, as seen on the candlestick chart (above left). Meanwhile, it has charted a head-and-shoulders pattern on the line chart (above right).

A break below the neckline support at $9,575 would confirm a head-and-shoulders breakdown and strengthen the case for a slide toward $9,000.

If prices again defend the 200-candle average at $9,400, the selling pressure would likely weaken, allowing scope for a stronger bounce.