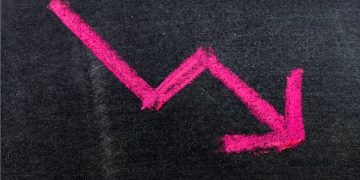 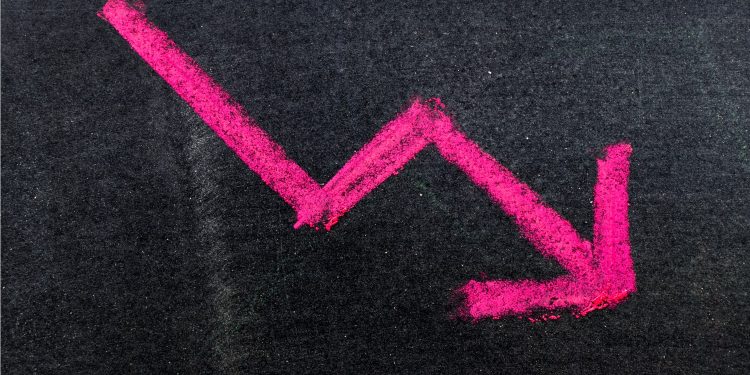 Bitcoin is flashing red for the third straight day, with a major portion of the recent price gains now erased.

At press time, the biggest cryptocurrency by market value is currently changing hands near $7,757, representing a 1.5 percent drop from the day’s opening price (UTC) of $7,875. Bitcoin shed 1.4 percent and 2.9 percent on Wednesday and Thursday, respectively.

The cryptocurrency did show signs of life with a move higher from $7,780 to $8,000 during the early U.S. trading hours on Thursday. However, the bulls lost momentum near the $8K psychological resistance and the minor bounce was quickly reversed.

The rejection likely invited stronger selling pressure, yielding a drop to a low of $7,676 earlier today.

Looking
forward, a deeper drop to key support below $7,600 cannot be ruled out.

Bitcoin has dived out of an ascending trendline on the hourly chart, violating the bullish higher -lows pattern.

Further, it has found acceptance under the widely-tracked 100-hour average, with the relative strength index (RSI) reporting bearish conditions below 50.

That ended with bears coming out victorious, as indicated by Thursday’s 2.9 percent drop.

Put simply, the odds of a slide to $7,555 – a former hurdle-turned-support of the inverse head-and-shoulders neckline – have increased over the last 24 hours.

The breakout, however, would be invalidated only if BTC prints a UTC close above $7,555.

As seen on the 4-hour chart, selling volumes, as represented by the red bars, have dropped throughout the pullback from $8,463 to $7,700.

A
low-volume pullback is often short-lived. Hence, the bears need to observe
caution despite signs of weakness in the hourly and daily charts.

A move above $8,000, a level which acted as a strong hurdle on Thursday, will imply an end of the pullback and will likely yield a re-test of recent highs above $8,400.