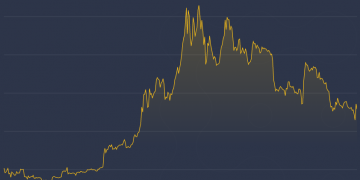 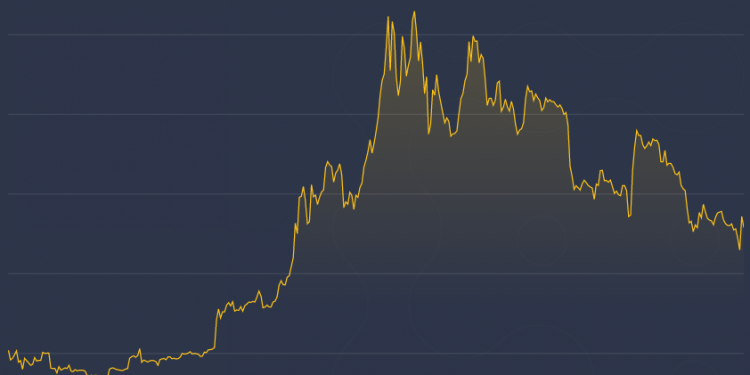 Bitcoin is on track to end 2019 on a positive note and significantly outperform traditional assets like gold and stocks.

The number one cryptocurrency is currently trading at $7,125, representing a 93 percent gain on a year-to-date basis, according to CoinDesk’s Bitcoin Price Index.

Prices rose from $3,700 to $13,880 in the first six months likely on the back of halving narrative (a supply cut due in May 2020). Facebook’s launch of cryptocurrency Libra in June further boosted buying.

The frenzy, however, ended in the third quarter with fear gripping the market that Libra might fast track stringent regulation for the entire crypto market. The sell-off was accentuated by miners selling their bitcoin rewards in the final quarter, as noted by crypto market analyst Willy Woo.

At press time, bitcoin is reporting a 48 percent loss from the high of $13,880 seen at the end of June. Prices hit seven-month lows below $6,500 earlier this week.

Despite the H2 downturn, bitcoin’s full-year performance is positive, as mentioned above, and the cryptocurrency is outperforming gold and S&P 500 in a big way.

Gold, a classic haven asset, is currently trading at $1,477 per ounce – up 15 percent on a year-to-date basis. Meanwhile, the S&P 500 index, a benchmark for risk assets across the globe, is currently reporting a 28 percent gain for 2019. That its the biggest yearly gain since 1997.

Both assets likely benefitted from the U.S. Federal Reserve monetary easing. The central bank delivered three 25-basis-point interest rate cuts in the second half and has expanded its balance sheet by more than $300 billion since mid-September.

Bitcoin has printed gains (green candles) in six years between 2011 and 2019.

This year’s 93 percent yearly gain is actually the second-lowest on record, with the lowest rise of 34 percent being registered in 2015.

That said, bitcoin could still end 2019 higher, as the short-term charts are signaling scope for a move to resistance at $7,870.

Bitcoin has charted a series of lower highs and lower lows since July. The last lower high at $7,870 was printed on Nov. 29. A UTC close above that level is needed to confirm a short-term bearish-to-bullish trend change.

Bitcoin could rise to that level in the next couple of days, as the 14-day relative strength index (RSI) has diverged in favor of the bulls. A bullish divergence occurs when an indicator prints higher lows, contradicting lower lows on price, and is considered an early warning of an impending corrective bounce.