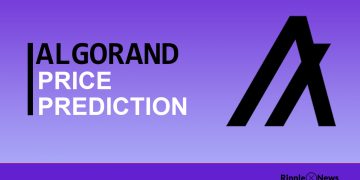 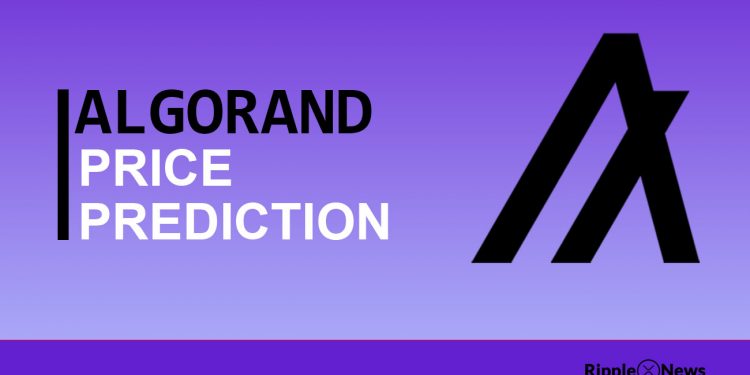 After reading this blog today, you will better understand Algorand Price Prediction for 2021 and beyond. We will share our views as well the price Prediction by some of the famous crypto analyzing agencies. Algorand is one of the publicly accepted blockchains of cryptocurrency, and the Protocol aims to provide the users with decentralization and protection. It speeds up the deal and uses a pure mechanism to show the stakes. So without wasting any more time, let’s begin.

Algorand in a Nutshell

Silvio Micali, an MIT professor who brought together a large team, formed Algorand. Algorand is mainly composed of academics and scholars, unlike other programs that comprise more developers taking charge of the project.  Algorand teams are based in Boston, where MIT is located, though. Seems like a connection.

Algorand is a Blockchain network that aims to build a borderless economy using a decentralized, unregulated public Blockchain. In other words, Algorand needs an architecture with a Blockchain that encourages us to be involved. The framework is based on the core concepts of accessibility, immediate process, direct use, adoption, and efficiency. In Blockchain technology, Algorand is facing even one of the most significant challenges. This is how to create a rapid and flexible network without losing decentralization.

The team at Algorand understands that there will be no mass acceptance without a scalable solution. We see both Bitcoin and Ethereum, both familiar but unreachable because they are too late to follow the new economy. This is how they take the users’ Attention in a very tentative and clever way.

In June 2019, Algorand hosted an auction ICO and earned over $60,000,000, selling 25,000 tokens at $2.40. The start of the ICO mainnet was happened to coincide with the ICO date. However, it is only the first time that Algorand has said that 600 million tokens are auctioned every year using the same Dutch auction scheme. The overall turnover of 10 billion ALGOs will be completed.

Algorand started its journey with a practical trade value of 2.89 USD on June 20th, according to CoinMarketCap. The token began to drop dramatically at its original initial point and lowered to $1.43 by the end of July. Moreover, as the ALGO bears ruled, the digital currency began to slump. Then by the end of September, the token fell sharply to $0.18. The token sold at $0.23 to end 2019 in reaction to some price variations. 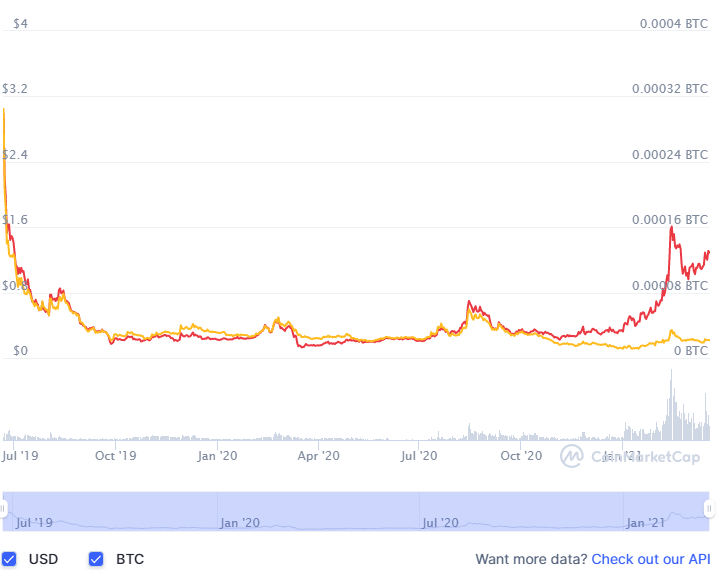 ALGO kept trading in January at $0.21 on a bearish level. By the end of February, the price recovered significantly to $0.45 and dropped surprisingly to $0.12 by mid-March as the crypto-currency market collapsed despite the outbreak of Covid-19. The token reached $0.65 dramatically later and declared a degree of resistance in mid-August. In December, Algorand went at $0.33 to finish 2020.

Till then, the prices of the coin are dramatically increasing, or we can say decreasing. At the time of writing, the value of 1 ALGO is around $1.14, with a price drop percentage of 1.37% in the last 24 hours.

After a bearish trend, the exchange value of ALGO was $0.37 in 2021. The price began to improve later, as the token led an upward path. The price will increase if Algorand focuses on the development of its platform and the optimization of apps. If the demand for the coin will below, the price will fall as low as $0.40. The maximum ALGO price could be $6 by the end of 2021.

Algorand will start trading with $6.5 in the year 2022, or the token could worsen. The team should focus on enhancing the Protocol and user base. The digital currency could hit up to $10 at the end of 2022.

ALGO will emerge on several trading platforms over the next five years, and the price is projected to increase. With certain partnerships with other initiatives and startups, the community can draw users and marketers. It should also improve the platform’s security and focus on accountability. If the bearish trend lasts longer, the token will fall. ALGO is expected to trade $22 at the end of 5 years.

What Media Think About Algorand

Digital Coin Price claims to be a profitable bet for the currency of Algorand. As in the earlier quote, by the end of 2021, the price will increase in general. According to DigitalCoinPrice, 2021 will end with a price tag of around $1.92. The price graph is going to be skeptical for the next few years. It is almost a profitable investment if you would make it now in ALOG. DigitalCoinPrice claims that by 2025, a price of $3.89 is expected from Algorand.

Algorand is a solid long-term bet, according to the Walletinvestor, and by the end of 2021, it will be exchanged at $2.302 and by the end of 2025 at $9.402. The long-term prediction strategy is always much better than the short-term. Moreover, ALGO has shown some decent price hikes in the past, so we expect many good graph crosses in the next few years.

Algorand shows a promising development and may be holding it over the next few years. Let’s look at Coin Arbitrage’s standard view on how the forecasting agency thinks about this coin. At the end of 2021, the price of Algorand could be $2.4578, as per Coin Arbitrage. The highest ALGO price could hit $7.9548 within the next three years.

If Algorand continuously concentrates on new developments, it could touch a high price. It is a rare token that provides scalability and safety that will make up the marketers’ minds. Our analysts at RippleCoinNews think that ALGO is a very promising investment for 2021 and beyond.  The peak ALGO price may be $20 by the end of 2025.

How to buy and store Algorand (ALGO)?

ALGO is listed in one of the famous exchanges such as Binance, MXC, and Bit Z.  The token is also used in many other businesses such as Huobi Global, OKEx, Coinbase Pro, and BitMEX. There are large volumes in these exchanges that are well organized and reduce reliability for any exchange.

Once you get your hand on the ALGO token, you can take them from the exchange can store them in any hardware wallet. The reason we are recommending hardware wallets is that they are the most secure to store your cryptocurrencies.

What is Algorand used for?

The Algorand public Blockchain is built to authorize other developers to create new forms of cryptocurrency-driven applications. The Blockchain is widely used in immobility, microfinance, and more areas.

Is Algorand a good investment?

Defiantly! Yes. If you are planning on investing for the long term, ALGO can be a very profitable investment.

Conclusion – This coin needs your Attention

Algorand was founded by a renowned MIT cryptography expert and is backed by a world-class team of academics, business, and marketers. While this provides strong project expectations, the team has achieved outstanding results so far. Through its development in technology, the coin has been so much improved.

In its place of growth and the lack of significant bugs, Algorand has been remarkable. The mainnet deployed very rapidly, and the newly launched code base, which was well documented and supported by a substantial technical development team, has been rated acceptable.

It’s incredible all the Algorand engineering stack. The project is scalable enough that it may be included in the top row of cryptocurrencies.  Looks very exciting.

This is for now. We update our website daily with loads of fresh content to help you out in every way. Please email us or comment below for unique content requests, and one of our team members will be in touch with you shortly.