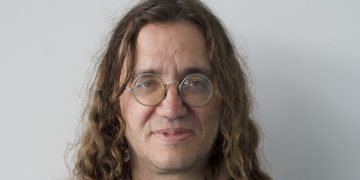 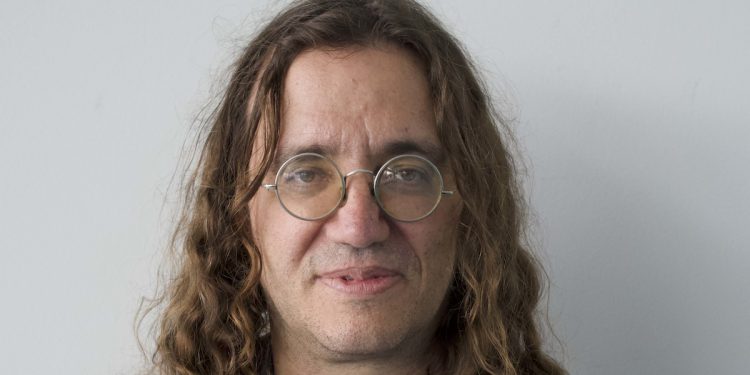 This post is part of CoinDesk’s 2019 Year in Review, a collection of 100 op-eds, interviews and takes on the state of blockchain and the world. Ben Goertzel is founder and CEO of SingularityNET, a blockchain-based AI marketplace project.

As AI rapidly pervades every sector of the economy, there are few questions more urgent than who owns, controls and guides the data used to train AI systems, and the models and conclusions that AI learns from this data.

Right now the answer tends to be: Large corporations. Data about our thoughts, preferences, fears and desires, as revealed in our emails, messages, photos and documents are stored in corporate repositories and used to create personalized ads driving our purchasing behaviors. Data about our bodies and our genomes are stored in pharma company databases and used for proprietary R&D, without our explicit consent and without us receiving any reward for therapies discovered. And these large corporations, of course, are operating in close coordination with government surveillance agencies, sometimes to protect the civilian population, and sometimes more nefariously.

As AI gets more and more intelligent, the question of who owns and controls it will become even more acute. It’s fortunate, therefore, that technologies exist to enable careful tracking and control of AI’s usage of personal data, and models and conclusions and abilities learned based on peoples’ data. This may in the end be the most critical application of blockchain technology, and associated methods like homomorphic encryption and multiparty computation, which allow sophisticated AI data processing to occur while still respecting data privacy.

As AI gets more and more intelligent, the question of who owns and controls it will become even more acute.

During the last two years, the importance of combining AI and blockchain has become almost a commonplace at conferences, workshops and startups. There is not yet a decentralized AI network with wide commercial adoption, but the concept has become broadly accepted. By the end of 2020, it seems likely there will be exciting use-cases involving companies large and small getting their AI services from API calls into a decentralized, blockchain-based network instead of via a centralized AI service.

Over the same timeframe, AI systems have been increasing in power to a remarkable degree, with more high-profile business applications across multiple vertical markets, along with fundamental research progress making the leap from application-specific “narrow AI” systems toward the more general-purpose AI systems long foreseen by sci-fi authors and futurist pundits.

Not long ago Artificial General Intelligence (AGI) was a subject of discussion only in certain rarefied research circles. But since Microsoft’s $1B investment into OpenAI, one now hears the term from the mouths of national and corporate leaders. It is now fairly broadly understood that AI needs to go beyond mimicking its training datasets and achieve the ability to handle new domains its programmers and trainers did not anticipate. While human-level AGI systems remain for the future, we are taking steps in that direction with AI systems that can carry out causal inference (identifying the root causes underlying complex events like stock market crashes or disease outbreaks) and doing analogy reasoning (using knowledge about, say, mouse disease to help understand human disease, or knowledge about Chinese to help us understand English).

The fusion of AGI and decentralized AI, however, has not yet hit the public radar in a big way. In 2020, we will likely see the first concrete steps in this direction. That will awaken public attention to the potential of decentralized frameworks to work toward AI with capability for profound imagination, generalization and creative learning.

AGI-oriented agents in a decentralized AI meta-network (involving multiple interoperating decentralized AI networks: let’s say SingularityNET, Ocean, Fetch.ai, Shivom, and dozens of others, all working together) will be able to provide abstraction and generalization services to application-oriented AI agents running in this same meta-network.

Suppose a healthtech-oriented AI agent needs to make a hypothesis about which ones of the 25,000 or so human genes are involved in causing prostate cancer. But suppose it only has DNA data from a few hundred people – not enough to allow it to draw solid conclusions about so many different genes. Without a framework allowing this AI agent to consult other AI agents for help, the AI would probably just give up. But in a context like SingularityNET, where AIs can consult other AIs for assistance, there may be subtle routes to success. If there are other datasets regarding disorders similar to prostate cancer in model organisms such as mice, we may see progress on understanding which genes are involved in prostate cancer, via the combination of multiple AI agents, with different capabilities cooperating together.

Suppose AI #1 – let’s call it the Analogy Master – has a talent for analogy reasoning.  This is the sort of reasoning that maps knowledge about one situation into a different sort of situation – for instance, using knowledge about warfare to derive conclusions about business. The Analogy Master might be able to use genetic data about mice with conditions similar to prostate cancer to draw indirect conclusions about human prostate cancer.

The Disease Analyst, when it’s tasked with the problem of finding human genes related to prostate cancer, may then decide it needs some lateral thinking to help it make a conceptual leap and solve the problem. It asks the Analogy Master, or many different AIs, for help.

The Analogy Master may not know anything about cancer biology, though it’s good at making conceptual leaps using reasoning by analogy. So, to help the Disease Analyst with its problem, it may need to fill its knowledge base with some relevant data, for example about cancer in mice. The Data Connector then comes to the rescue, feeding the Analogy Master with the data about mouse cancer it needs to drive its creative brainstorming, supporting the Disease Analyst to solve its problem.

All this cooperation between AI agents can happen behind the scenes from a user perspective. The research lab asking the Disease Analyst for help with genetic analysis of prostate cancer never needs to know that the Disease Analyst did its job by asking the  Analogy Master and Data Connector for help. Furthermore, the Analogy Master and Data Connector don’t necessarily need to see the Disease Analyst’s proprietary data, because using multiparty computation or homomorphic encryption, AI analytics can take place on an encrypted version of a dataset without violating data privacy (in this case, patient privacy).

With advances in AI technology and cloud-based IT, this sort of cooperation between multiple AIs is just now becoming feasible. And, of course, such cooperation can happen in a manner controlled by large corporations behind firewalls. But what’s more interesting is how naturally this paradigm for achieving increasingly powerful and general AI could align with decentralized modalities of control.

What if the three AI agents in this example scenario are owned by different parties? What if the data about human prostate cancer utilized by the Disease Analyst is owned and controlled by the individuals with prostate cancer, from whom the data has been collected? This is not the way the medical establishment works right now. But at least we can say, on a technological level, there is no reason that AI-driven medical discovery needs to be monolithic and centralized. A decentralized approach, in which intelligence is achieved via multiple agents with multiple owners acting on securely encrypted data, is technologically feasible now, by combining modern AI with blockchain infrastructure.

Centralization of AI data analytics and decision-making, in medicine as in other areas, is prevalent at this point due to political and industry structure reasons and inertia, rather than because it’s the only way to make the tech work.

In this case, the original healthtech-oriented AI tasked with understanding the genetic causes of cancer would do well to connect behind-the-scenes with this analogy-reasoning AI, and with a provider of relevant model organism data to feed to the analogy reasoner, to get its help in solving its task.

The scalable rollout and broad adoption of decentralized AI networks is still near the beginning, and there are many subtleties to be encountered and solved in the coming years. After all, what the decentralized AI community needs to achieve its medium-term goals is more fundamentally complex than the IT systems that Google, Facebook, Amazon, IBM, Tencent or Baidu have created. These systems are the result of decades of engineering work by tens of thousands of brilliant engineers.

The decentralized AI community is not going to hire more engineers than these companies have. But then, Linux Foundation never hired as many engineers as Microsoft or Apple, and it now has the #1 operating system underlying both the server-side internet and the mobile and IoT ecosystems. If the blockchain-AI world’s attempt to catalyze the emergence of general intelligence via the cooperative activity of numerous AI agents with varying levels of abstraction is to succeed, it will have to be via community activity. This community activity will need to be self-organized to a large degree. But the tokenomic models underlying many decentralized AI projects are precisely configured to encourage this self-organization, via providing token incentives to AI agents that serve to stimulate and guide the intelligence of the overall network as well as working toward their individual goals.

Would you rather own a piece of medical therapies discovered using your medical records and genomic data? Would you rather know exactly how the content of your messages and your web-surfing patterns are being used to decide what products to recommend to you? Me too.

2020 will be the year that this vision starts to get some traction behind it. We will see the start of real user adoption for platforms that bring blockchain and AI together. We will see work toward more general forms of AI that are owned and guided by the individuals feeding the AI with the data they need to learn and grow.

Thanks to Better UX, This Year Dapps Will Go Mainstream

Thanks to Better UX, This Year Dapps Will Go Mainstream