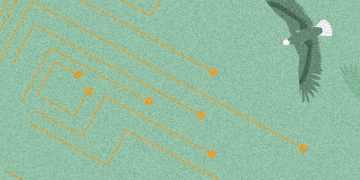 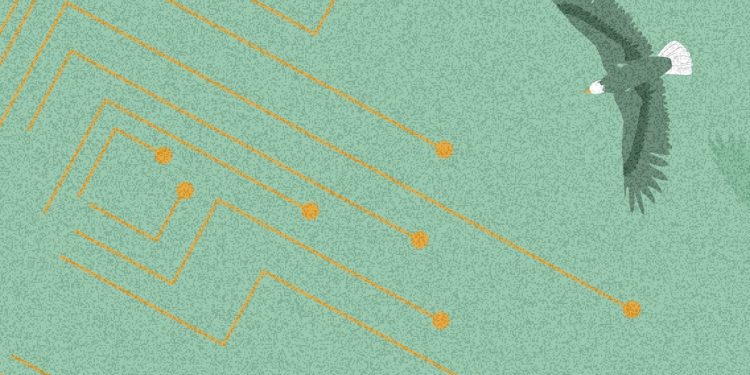 Donna Redel is the former Chairman of COMEX, a Board Member of New York Angels and an Adjunct Professor of Law at Fordham Law School. Olta Andoni is an Adjunct Professor at Chicago-Kent College of Law. Peirce’s CoinDesk op-ed is here. Further reactions were published here and here.

In February, Commissioner Hester Peirce proposed a new safe harbor which, if passed into a formal rule, would radically change the legal terrain for sellers of crypto tokens in the United States. This article addresses some critiques and point of views in response to the recent Safe Harbor Proposal from Commissioner Hester Peirce. The authors of this article met online (but not in a dating app) in a private Telegram channel where around 70 lawyers regularly engage in (sometimes fierce) debate regarding legal issues faced by the crypto industry. This article is informed by our having witnessed a wide spectrum of strongly argued opinions from different attorneys in the course of those debates.

Commissioner Peirce’s safe harbor proposal has inspired a discussion of alternatives and a variety of practical considerations that would be involved in implementing the proposal.  We applaud her for “stirring up the pot,” which has resulted in many reasoned responses with wide-ranging views. We think the industry is in need of a healthy open debate and discussion to address the pathways to sensible regulation, standards, and best practices while balancing them with the mission of the SEC. We stress the importance of open debate since it appears that much important discussion takes place by lobbying the SEC in private meetings.

We cannot afford to revisit this dark period.

The safe harbor proposal should be viewed in the context of the ICO boom and bust that left retail customers shouldering billions in losses. The ensuing “bear market” for crypto assets set back the development of blockchain technology because many continue to conflate blockchain with bad faith coin issuances, and unethical behavior by issuers. Today, institutional firms working in this space provide safer custody and products for all digital assets that attempt to adhere to existing regulations, i.e. Bakkt, Fidelity, CME. We cannot afford to revisit this “dark” period.

The safe harbor proposal touches on all aspects of the crypto-issuance ecosystem at once, but does not drill down into the functionality of the instruments, implications of its new features and nitty-gritty details about its actual workability. Perhaps the announcement of the safe harbor was a strategy to create vibrant debate, like the bold announcement of Libra. A comprehensive safe harbor entails so many different aspects of securities issuance and trading behavior that require unbundling and then rebundling.

We believe that the safe harbor proposal should concentrate more on key public policy concerns such as registration, disclosure and markets trading. Commissioner Peirce proposes some guardrails for the projects to comply with during a three-year period, which would require companies to comply with disclosure rules around the instruments they are selling. In this regard, we believe that the proposal should go further.

The safe harbor proposal exempts tokens from being classified as securities during the precise time that such tokens are in fact securities; in most issuances, the tokens sold have been non-functional “vaporware,” or semi-functional at best, targeted to retail investors. These crypto securities are predominantly created, bought and sold for speculative purposes, mostly used for trading on under-regulated spot exchanges, most of which does not benefit the majority of the blockchain projects (unless insiders are also trading). Furthemore, when discussing network functionality and the security like features of a token, legal critics think that these characteristics are not mutually exclusive.

The SEC has authorized numerous exemptions to securities registration requirements. The venture capital industry has been investing in blockchain startup projects via private placements. Peirce has highlighted Reg A+, used by Blockstack, which we agree is a good starting point for regulatory reform. Making a few token friendly tweaks to Reg A+, especially the transfer agent requirement, would provide a viable alternative to registration for token issuers and would not require the creation of a new bespoke rule for token issuers, or any significant expansion of SEC authority. Additionally, the industry would benefit from the SEC speeding up the process of review of Reg A + which would, in turn, encourage more utilization of this exemption.

Many think that the timing of the safe harbor proposal is problematic considering that February 19th is the court hearing on the temporary restraining order in SEC v. TELEGRAM GROUP INC.  This is a key case related to the issuance of crypto tokens for investment purposes where the SEC is challenging the token sale as an illegal offering in violation of the registration provisions of the federal securities laws.

Under the the safe harbor proposal, a project may sell tokens and facilitate their secondary trading during the first three years, and then at the end of the three year period, self-certify if the network has achieved maturity or decentralization.

It is unclear who, during this three year period, is protecting the retail customer. Distributing tokens to prospective users appears to involve from the onset trading on exchanges, most of which are not regulated by either the SEC or the CFTC. The abuses that the New York Attorney General pointed out as well as numerous articles and research papers have shown that exchanges frequently condition listing on payment of large fees and do not provide the safeguards required of regulated securities exchanges. This asymmetry should be a key focus of regulators during 2020.

The safe harbor proposal should provide for regulation of secondary trading “exchanges,” and additional standards for these trading venues. Additionally, the SEC and FINRA should streamline the approval process for Alternative Trading Systems (ATSs) for the security tokens to trade with greater liquidity in more venues thereby rendering this asset class more available to investors.

Let’s be practical. How much money does a startup need and why can’t smart contracts be used to have programmatic access to capital raised? Projects using tokens do not operate under a different set of decisions and capital uses than normal startups, except for perhaps additional treasury management risk. Moreover, it is often counterproductive to give an entrepreneur too much money. Meeting benchmarks is a great way to measure success and drive funding needs.

The proposal should consider better protections for retail consumers and the seemingly unlimited ability to fundraise during the three-year exemption period.

Recently, Gabriel Shapiro, a member of Hardcore Crypto Lawyers, wrote a open letter to Commissioner Peirce suggesting comprehensive modifications to the proposal to further align it with prevailing U.S. securities doctrine and policy. Shapiro’s proposal concentrates mostly on the analysis of the open network tokens as investment contracts, while also laying out a detailed analysis for network maturity criterias and secondary market regulations as they apply to securities intermediaries. Shapiro strongly disagrees with the three-year exemption period, seeing it as unfair to both traditional securities issuers and to participants in blockchain networks.

We hope these critiques can improve the safe harbor. The proposal should consider better protections for retail consumers and the seemingly unlimited ability to fundraise during the three-year exemption period. This amounts to a three-year look back option for the projects without sufficient remedies or consequences for investors.

Even if the safe harbor does provide an exemption period, it should at least provide the SEC  with more effective recourse than was present in the settlements with Paragon, Airfox and Gladius Network. Those project team ended up walking away from the terms of those settlements. For example, the development team could be required to set aside profits to refund  investors, should the project fail. The funds could be governed through the use of a DAICO, as proposed by Vitalik Buterin We again emphasize the need to have tighter controls and regulations on exchanges that trade crypto-securities.

CoinDesk’s New Opinion Section: The Future of the Financial System Is Up for Debate

CoinDesk's New Opinion Section: The Future of the Financial System Is Up for Debate