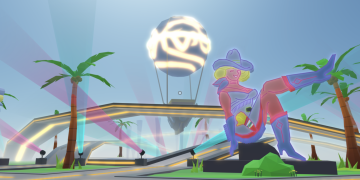 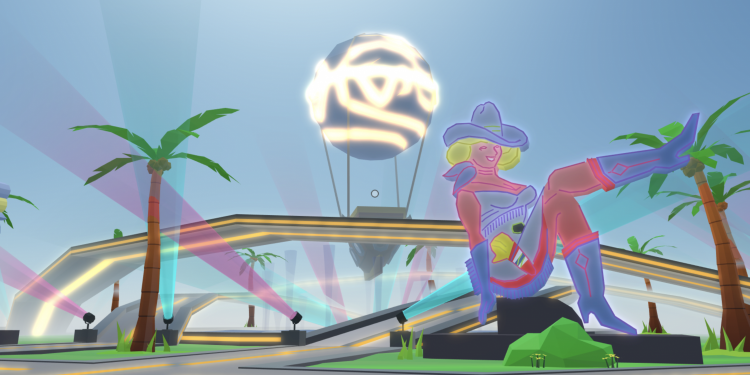 Decentraland opened for gameplay on Thursday and anyone who thinks they might like it is better off playing now rather than later, because free stuff.

For regular gamers, Decentraland may be a new kind of experience, what they call a “metaverse” where different game properties can meet in a shared virtual world. There’s a potential that it could evolve into a new platform for games and social experiences. And since it’s on the ethereum blockchain, the “stuff” in that world is transferable (and sellable) beyond it.

Either way, there’s an estimated $100,000 worth of digital goods to be found for early explorers.

There will be 15 intro games set up in the virtual world to introduce players to Decentraland’s mechanics. Players going through these games can get prizes and treasures from playing. These non-fungible tokens (NFTs) are tradeable for other kinds of crypto. As was seen most famously with the game CryptoKitties, those tokens can go up in value.

“It’s the first virtual world that’s based on blockchain technology,” Federico Molina, the head of marketing at the company told CoinDesk. “I think you will be able to make a profit by playing. It’s something new in that regard.”

Earning free crypto or items for playing will probably persist on Decentraland, but as in so many other things in this space: the early incentives are very likely to be the most generous.

Among the items on offer, a bunch of MANA (Decentraland’s money), NFTs from a bunch of projects, such as CryptoKitties and Axie Infinity, items specific to Decentraland, 25 parcels of actual real estate within the game (more on that later) and even and HTC Exodus phone.

Decentraland has the resources for profligacy. It is one of that fortunate category of initial coin offering (ICO) startups that ran its token sale before the 2017 bull run really got going. (Of note: one of Decentraland’s most enthusiastic investors is CoinDesk’s parent company, Digital Currency Group.)

It raised $25 million selling 40 percent of the total supply of its MANA ERC-20 token, according to Molina, during a part of the year when ETH ranged from about $200 to $400.

Not long after, ETH would be trading at over $1,000, giving the company a great deal of budgeting latitude.

Olive Allen is a grassroots entrepreneur in NFTs, and she’s both hopeful about Decentraland and frustrated about how much money it grabbed to launch. The least expensive parcel for sale as of this writing costs over $600 in MANA, making owning any chunk of the space prohibitive for regular people and creative types who might make the most use of it.

“I think Decentraland has a bright gambling future – Vegas in VR – but due to barriers of entry the company created while chasing profits it closed its doors to culture and creativity,” Allen told CoinDesk via text message.

She compared Decentraland to San Francisco, a place that used to be great but got too expensive and drove all the cool people away, she wrote, an “attractive cultural center turned into a run-down soulless town.”

Decentraland is a 3D world that people can navigate like they do popular video games, such as Fortnite or Call of Duty, except players both explore and build the world, like Minecraft but with money on the line.

Theoretically, players will be able to do it with virtual reality equipment, too, but because demand for that medium has not been as high as many hoped, Decentraland is not prioritizing these features.

Unlike other games, the 3D space represented into Decentraland doesn’t have one coherent narrative over all of it. There are districts that people can go to in order to have certain kinds of experiences (such as looking at art, playing fighting games or gambling). The theory here is that people who have other digital experiences could build additional experiences in Decentraland.

Obviously, there’s nothing stopping teams from creating their own digital worlds, but if they build it in Decentraland, that presents an opportunity for discovery. Decentraland players might find your property in the game and become big fans. Some 24,000 people have had access to the beta up to now, Molina told CoinDesk.

There are also themed districts set up in the game-world organized around specific kinds of themes. It being crypto, one whole district is devoted to gaming, and Decentraland has already announced a mega-casino location.

Play-to-earn is a model that shows traction in crypto. War Riders distributes its token, BZN, algorithmically, to players as they play the game.

So real estate really is on the blockchain, after all?

Sort of, yes, but the digital kind.

There are three kinds of tokens in Decentraland, MANA (the money), WEAR (wearables and items) and LAND (actual property). Early players are likely to find examples of the first two, though all of the latter is spoken for.

Players of the game can own virtual land inside it. Like in the real world, they can sell it or lease it out. Also like the real world, in certain parts there will be rules on how it can be used. Yes, zoning restrictions have already shown up on the blockchain.

The world of Decentraland has a fixed size, made up of 90,601 parcels of land. About 80 percent of that land is in private hands, with some portion usually for sale or rent on Decentraland itself.

There is land that no one owns, such as roads and plazas. A player moves between parts of Decentraland by walking their character along these common spaces.

Because people move around the space in a way that’s similar to how people physically move, location matters. Parcels located near more popular spaces will be worth more those located near less-popular spaces.

Location is still everything, even for property that only exists on ethereum.

How decentralized is Decentraland?

Molina argues it’s being decentralized in every possible way. For example, there’s not going to be any kind of traditional username/password login. Users log in with their ethereum wallets.

Identities will be tradeable, so Decentraland has a small fee for making a name (100 MANA) in order to discourage name squatting, though an identity is not required to play.

From land itself to wearables in the game, most of the trade in Decentraland occurs on its marketplace. When sales occur, a small fee of MANA (2.5 percent) gets burnt, Molina said. This should nudge up the price for all MANA holders, and the Decentraland creators are major holders. This is their business model. “It’s like making the MANA holders as successful as possible. It will be adding value to the stakeholders,” Molina said.

The team is actually looking to cede control of everything (including the question of whether or not MANA remains deflationary) to the community, by creating a DAO to govern all the rules in the virtual world.

“I think what we’ve seen for now is like the tip of the iceberg,” Molina said. “When we start adding real utility to the NFTs – not just the collecting utility, like you’ll be able to use it inside games, I think that’s where it will begin to fly and lift off.”