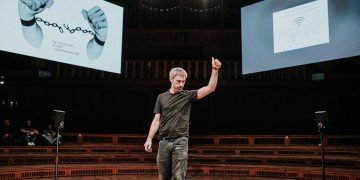 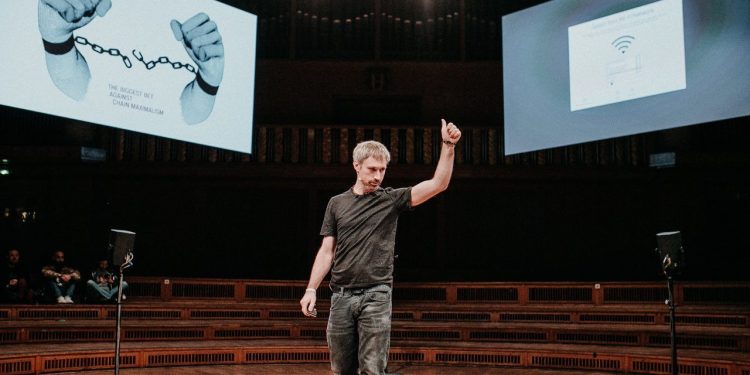 Blockchain project Polkadot’s bid for a $1.2 billion valuation has hit a snag.

Since January, the Web3 Foundation, the Switzerland-based nonprofit behind the project, has been trying to raise up to $60 million through a private token sale. According to people familiar with the situation, three Chinese funds have agreed to invest $15 million in the project’s DOT tokens.

However, these three investors agreed to pay prices that, on average, valued the project below $1 billion, the sources said – falling short of the unicorn threshold Polkadot was reportedly seeking. (The agreed-to prices may vary from investor to investor.)

While it’s unclear how many tokens the three Chinese funds bought, or how many investors besides them participated, one source said Polkadot has been able to sell only 70 percent of the intended 500,000 DOT.

Rather than closing the private round now, Polkadot will continue trying to sell the remaining tokens to accredited investors and distributing them freely to community contributors, sources said.

Assuming other investors participate at similar valuations to the three funds, selling the remaining 30 percent would not bring in the targeted proceeds. To raise the full $60 million, then, Polkadot would need to increase the allocation of tokens for sale.

In a statement, Web3 said it could not comment on any private sale, “but we’re looking forward to making that information public as soon as possible.”

Proceeds from the sale are to be used for testing Polkadot’s mainnet, incentivizing developers and funding Web3 Foundation’s research and operations, sources said.

Stepping back, Polkadot is one of the most hotly anticipated blockchains that have yet to launch.

Created by Gavin Wood, co-founder of ethereum and founder of Parity Technologies, Polkadot aims to build a blockchain network that can enable other blockchains to work in conjunction with each other. A rival network with a similar goal of interoperability, Cosmos, launched in March.

In a separate statement, Parity CEO Jutta Steiner said the firm is “excited about the new possibilities Polkadot brings to the table,” adding:

“True interoperability delivered in a scalable, governable protocol has real potential to push the dream of an open internet forward. We’ve been hard at work over the past year building [custom-blockchain platform] Substrate and development on Polkadot has progressed as hoped.”

Steiner’s statement did not address the ongoing token sale.

The market’s appetite for such sales has trended upward in recent months, with Blockstack setting out to raise $50 million in a regulated offering, and other startups raising smaller amounts.

The Web3 Foundation garnered $145 million through a public sale of half the total 10 million supply of DOT in October 2017, valuing the tokens around $30 apiece. (The tokens currently run on top of ethereum but would be swapped for ones on the new blockchain once it launches.) It employs roughly 37 people and continues to hire in its quest to deliver a potentially lucrative technology for cross-blockchain transfers.

The foundation still plans to do another public distribution of tokens “at or around” the time the Polkadot blockchain launches, its statement said. “Our goal is to ensure that DOT tokens make it into the hands of those that will actively participate in helping build out the Polkadot network.”

According to Polkadot’s white paper, 30 percent of the total token supply was reserved for Web3 Foundation, while the remaining 20 percent was to be distributed prior to the mainnet launch, the date of which is still to be determined. Web3 has spent half of its allocation, leaving it with 15 percent of the total supply, said a source familiar with the situation.

Five percent of the total supply was allocated for the latest fundraise. The $60 million initially sought from the sale implies a target price per DOT of $100 to $120. The tokens are not listed on any major exchanges, as Polkadot discourages trading them.

But a former Web3 employee said that over-the-counter (OTC) trading desks are currently swapping DOT tokens for anywhere from $75 to $120 each.

Contributors to the project, the former employee said, are generally contracted to participate in governance after the launch and are obligated to hold the tokens for at least a year, while investors can liquidate immediately.

When asked about OTC trades, Web3 director Ryan Zurrer said, “We don’t authorize them and they are very risky.”

Some members of the ethereum community are critical of Polkadot’s similarity to permissioned blockchains, given how council votes will eventually govern the network when it launches. It’s unclear who will be on that council, with rotating seats.

The former employee summed up the potential concerns by saying:

“It’s basically a permissioned blockchain run by Gavin, Ryan and their friends.”