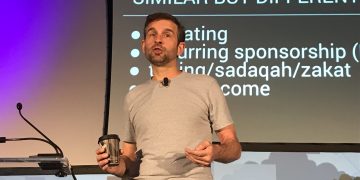 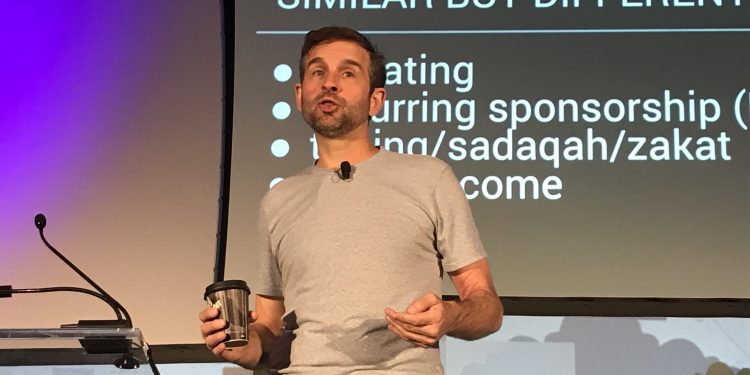 “We’ve been working on zcash for about five years and I expect it will take five more before it reaches the level of flourishing that has been on our minds all along.”

That’s Zooko Wilcox, CEO of Electric Coin Company (ECC) — the firm behind the privacy-focused cryptocurrency zcash. He made the comments about the long-term trajectory of zcash during a conversation on the last day of the RadicalxChange conference, which took place February in Detroit.

Suitcase and coffee in hand at the time of interview, Zooko was just about to jet off on a plane to Tokyo to embark on an extended “zcash promotional world tour” in East Asia.

But as founder and CEO of ECC – the company that created the zcash protocol and continues to act as a central hub for zcash development – Wilcox admitted:

“In the two years, slightly more than two years, of [zcash’] existence, we haven’t added substantial changes outside of privacy.”

Launched back in 2016, zcash was originally created as an encrypted, privacy-enhanced fork of bitcoin. In October of last year, Zcash underwent its biggest protocol upgrade to date, nicknamed “Sapling.”

“Sapling I think was the biggest improvement of the protocol to date. It was huge,” Josh Cincinnati, executive director of the Zcash Foundation, told CoinDesk. “It makes privacy much more accessible and also opens up the door for mobile applications. That was a moonshot project by the Electric Coin Company and it succeeded.”

Now, Wilcox envisions another “three or four year long moonshot project” in order to develop zcash “in ways that are not specific to privacy.”

“I’m in favor of an ambitious scalability improvement,” says Wilcox. “I think we need high scalability at layer one in order for us to reach the mission of empowering everyone with economic freedom and opportunity.”

“Even though I think layer two is cool and has a lot of potential and potential uses, I think we also need a scalable layer one. So that’s what I’m pushing for within my company and within the zcash community.”

But there are other proposals at hand, Wilcox noted. One of these includes extending “zcash to become programmable like ethereum.”

“Of course, the way we’d tend to do things is use zero-knowledge proof to make it so that execution of the smart contracts is private and off-chain,” said Wilcox.

All of these proposals will ultimately have to move through a process of community review and debate.

Called the Zcash Improvement Proposal (ZIP) process, Cincinatti told CoinDesk that for the first time in the protocol’s history new ZIPs will be reviewed by a representative from the ECC and the Zcash Foundation.

Originally, implementation of ZIPs was entirely up to the ECC,while the Zcash Foundation was primarily “a grant-giving organization.”

Last month, the Foundation announced steps to become more actively engaged in the protocol development process alongside the ECC.

As such, for the network upgrade scheduled by the Electric Coin Company to activate in April 2020, all ZIPs will undergo a process of review by two so-called “ZIP editors.”

The deadline for ZIP proposals into Network Upgrade 3 ended on April 1 and as Cincinatti tells CoinDesk a total of 8 proposals are currently undergoing review by the editors – Daira Hopwood at the ECC and Cincinatti from the Foundation.

One of these proposals would introduce a new polling feature enabling users to vote with funds held in invisible “shielded” addresses directly without moving funds to a public “unshielded” address. Another proposal seeks to lay the building blocks for a private layer-two payment network on top of the zcash protocol called BOLT.

And by the time these proposals are approved, tested and activated on zcash mainnet, Cincinnati points out zcash will finally have its second software – also called client – implementation for the protocol. Presently, all users rely on the ECC zcash implementation called “zcashd.”

In light of a forthcoming multi-client ecosystem for zcash, Cincinnati explains that it’s important to begin iterating on the ZIP process now, noting:

“Eventually, if there’s many of these consensus compatible implementations running, you have to be able to share and collaborate on the roadmap and the feature set.”

Outside of ZIP process, the Zcash network is also preparing for the activation of two backwards-incompatible changes in a system-wide upgrade also called a hard fork this upcoming October.

Nicknamed Blossom, the hard fork once initiated will increase block times on the network and will split up the network’s 20 percent block reward tax into three set wallet addresses – one for the Zcash Foundation, the Electric Coin Company Strategic Reserve and the remainder.

The aim of this latter change – as stated on GitHub by ECC project manager Nathan Wilcox – is to decouple the once singular funding stream “organizationally, legally and operationally” and further reinforce “transparency as to the structure of the Founders’ Reward.”

“It’s just meant as clean up to make it easier for people to distinguish the stuff that’s going to the Electric Coin Company, early Founders’ Reward recipients, and otherwise,” added Cincinatti to CoinDesk.

This model of sustainable development funding through a block reward tax Zooko Wilcox noted to CoinDesk has been copied by other cryptocurrency projects such as the recently launched privacy coin Beam. Beam which debuted back in January was shortly followed by the launch of another privacy-focused cryptocurrency leveraging similar technology known as Grin.

To the emergence of these new entrants to the cryptocurrency space, Zooko Wilcox tells CoinDesk:

“I don’t like their technology much … [but] I really like the communities because they’re that win-win collegial mindset, where they like to help other people, and I like to help them because we’re all on the same side of history.”

And history Zooko Wilcox explains will eventually prove privacy coins like zcash, beam and grin as the norm for all cryptocurrencies in the future. Likening the present wave of privacy-enhanced cryptocurrencies to the period in the 1990s when encryption for web browsing was introduced. Wilcox pointed out that after “about ten years of political and activist struggle, encryption became standard.”

“In the early days, when HTTPS was invented, people perceived it as making the web into some kind of special privacy web that was dangerous and that could allow lawbreaking,” said Zooko Wilcox. “Now, the United States government requires you to use HTTPS on everything that is sensitive and could affect users.”

A similar sort of struggle, Zooko Wilcox argued, is occurring right now with governments viewing cryptocurrencies like Zcash, Grin and Beam that host “strong privacy protection” as being “dangerous and scary.”

“In ten years, nobody is going to say, ‘Oh that’s a privacy coin.’ They’re going to say, ‘Oh, that’s a normal coin that you can use for all normal business anywhere in the world.’ Just like how today we don’t say, ‘Oh HTTPS, this must be a privacy website and I must be using a privacy browser.”

It is these grande changes to norms and technical protocol that Wilcox fully expects will happen sometime in the next decade. Once at the Detroit airport and ready to board his flight, Wilcox messaged me one last parting thought from our conversation – a quote.