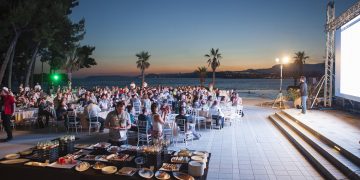 Zcash Trademark Talks Were About More Than a Logo

Zcash Trademark Talks Were About More Than a Logo 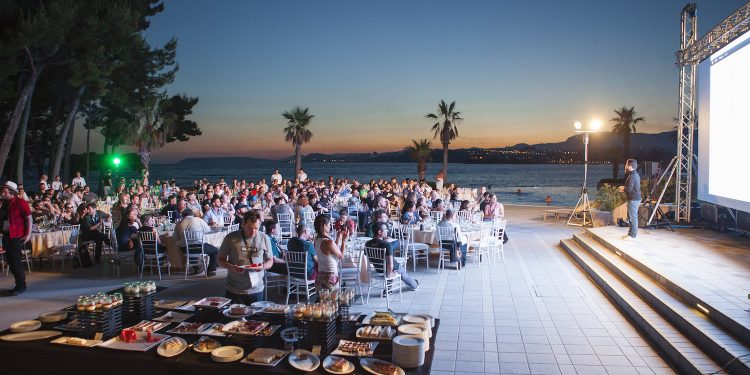 Sources with knowledge of the trademark negotiations told CoinDesk talks were more complicated than either party originally expected, especially with regards to the mutual ability to veto trademark usage.

And while the branding issue may seem trivial to some observers, the process took months – becoming a bellwether of the privacy coin’s decentralized aspirations.

“It’s a novel agreement, for which there appears to be no precedent,” ECC announced Thursday, highlighting one provision in particular:

“No party has independent authority to declare that a specific chain of Zcash can actually be called Zcash. There must be agreement from both parties, and neither party can unilaterally override the will of the community.”

Wilcox told CoinDesk last week the zcash trademark negotiations were emotionally painful. He likened it to watching a baby bird leave the nest.

“As a person, I am devoted to zcash and can never stop working for zcash and all that it means for humanity,” he said. “As the ECC, of course, we can only work for the community if they hire us to do so.”

Since his startup spearheaded the launch of this privacy coin in 2016, Wilcox has been the de facto public face of the cryptocurrency. To him, the trademark agreement is a sign of the project “rapidly moving to a status where I don’t have the power to make something happen or stop it from happening.”

However, it’s hard to imagine what the nonprofit would look like completely separated from ECC, since zcash founders are now its main source of funding.

Wilcox personally became wealthy from the zcash founders’ reward, which delegates a portion of newly mined coins to the founding team. Along with other co-founders, Wilcox donated to the independent Zcash Foundation, as a type of checks-and-balances entity apart from the for-profit startup ECC. Several academically minded zcash co-founders, such as Andrew Miller, became foundation board members.

“I’ve pledged half of all the money I expect to see in the world to fund the foundation,” Wilcox said.

Yet even with the best intentions, this trademark struggle was, according to Zcash Foundation director Josh Cincinnati, part of the political growing pains associated with decentralization.

“You have to make these small tactical decisions every day that might loosen grips of power you might be accustomed to or comfortable with,” Cincinnati told CoinDesk. “It requires a lot of risk and faith in the community to take the reins properly.”

While many people in the crypto industry still turn to ethereum co-founders Vitalik Buterin and Joseph Lubin for funding and cultural guidance, the zcash community is publicly signaling it wants to create a different governance structure.

At least four independent entrepreneurs and venture capitalists submitted their own public proposals for the network’s October 2020 upgrade, when the original founders’ reward funding mechanism will expire.

The reward system won’t expire on its own. The reality is that both firms currently dominating network development, ECC and the ZF, will push necessary upgrades the community will adopt that redirect that cash flow. The community is currently grappling with where those funds will go in the future.

“We hope they [ECC] use the same data and if there’s divergence we’ll need to work it out with them,” Cincinnati said. “Users are free to fork off of course … if they don’t like the outcome. It’s important to note that neither ZF nor ECC could get away with flagrantly ignoring what the community wants.”

Based on proposals and social media chatter, what the community wants is a peaceful transfer of power from benevolent leaders to a participatory republic. And that, based on centuries of political history, tends to be the hardest deliverable.

“The unique governance model in zcash is that it’s community-driven and it’s self-funding,” Wilcox said. “Anything that’s not self-funding is at risk of capture.”

Several proposals suggest the new developer fund should be managed by a new, third-party council with rotating members determined by democratic voting.

“I think it’s important to have an entity that doesn’t have these conflicts of interest. That [board members] actually have investment experience,” Autonomous Partners founder, ZEC holder and proposal writer Arianna Simpson told CoinDesk. “While I appreciate the academic lens and the role that professional cryptographers have to play in the community, I don’t think that is sufficient, in terms of skill set.”

The trouble is, where will all these new candidates and voters come from? According to Zcash Foundation communications manager Sonya Mann, roughly 64 community members participated in electing the foundation’s board in 2018, which took considerable outreach and work on the nonprofit’s part.

“If we had a robust, both Sybil-resistant and anonymous voting system, then we wouldn’t even be having this conversation,” Mann told CoinDesk.

On the other hand, Simpson was clear the ECC and ZF should both receive funding for the foreseeable future.

“I think some of the animosity towards Zooko is misplaced,” she said. She was, after all, Wilcox’s personal nomination for the foundation board in the past 2018 election. (In the end, voters chose Clovyr CEO Amber Baldet, among others, instead.) These days, Simpson continues to play an active role in community governance by participating in public forums.

“Over time their roles should diminish, but that time isn’t now,” Simpson said. “I think the risk with zcash is nobody is doing the work. All that work, I believe, needs to be done in a centralized manner.”

Indeed, a study published in August by Electric Capital found less than 40 developers were regularly contributing to zcash. (By comparison, the study found bitcoin routinely has more than 100 contributing developers and ethereum has roughly 1,200 developers.) If zcash is going to thrive, these numbers need to grow dramatically without crippling current teams.

“[ECC] is one of the most talented technical teams in the space and they deserve to be funded to work on the promise of the zcash protocol.”

Electric Capital co-founder Avichal Garg told CoinDesk the zcash community is looking to other blockchains – like bitcoin, ethereum and even decred – for lessons on governance. He compared crypto communities to evolving organisms defined by their environment, saying:

Stepping back, the bitcoin community diversified long before the asset garnered much public attention and market activity. Ethereum grew much faster because co-founders like Lubin and Buterin prioritized evangelizing and spending their own money to encourage external experiments, Garg said. Wilcox has arguably done the same, albeit with a smaller fortune.

“There gets to be one chain [bitcoin] that says, ‘We are the store-of-value chain that never changes,’” Matt Luongo, CEO of the crypto development studio Thesis, said of bitcoin. “I think this is an opportunity for zcash to say: ‘Look, we are different. We are not just a professor-coin or research-chain, but we are at the forefront of privacy tech.’”

But Placeholder’s Burniske says another ingredient is needed.

“These networks thrive, as ethereum has shown us, off of third-party investment. It’s not the technology alone that drives a network,” Burniske said. “In order to get third-party investment, you need to give these parties a voice. The zcash community is trying to figure out the best way to do that.”

In contrast to Decred, a smaller crypto community sustaining a few dozen developers without relying on a benevolent leader or corporate structure, Burniske said a “slightly more centralized form of governance” might be more palatable to enterprises.

“While both Decred and zcash are good alternative stores of value, zcash, given the anonymity using zk-Snarks, has a lot of interesting business and enterprise applications,” Burniske said.

Despite differing views on how zcash should evolve, in a true anomaly in the space, all interviewed parties agreed Wilcox has done an excellent job shepherding the privacy coin so far.

There also appears to be a robust community of people who want to participate in the open-source project, as evidenced by the roughly 200 people who attended the annual zcash conference in June.

However, some people would like to eventually see Wilcox play a less central role. “For [zcash] to actually work, this can’t be about him,” said Electric Capital’s Garg.

And that, Wilcox concluded, was always the goal.

Russia Wants to Be Able to Seize Cybercriminals’ Bitcoin

Russia Wants to Be Able to Seize Cybercriminals' Bitcoin