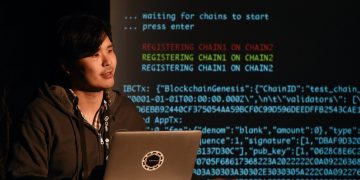 What Is Going On With Jae Kwon and Cosmos?

What Is Going On With Jae Kwon and Cosmos? 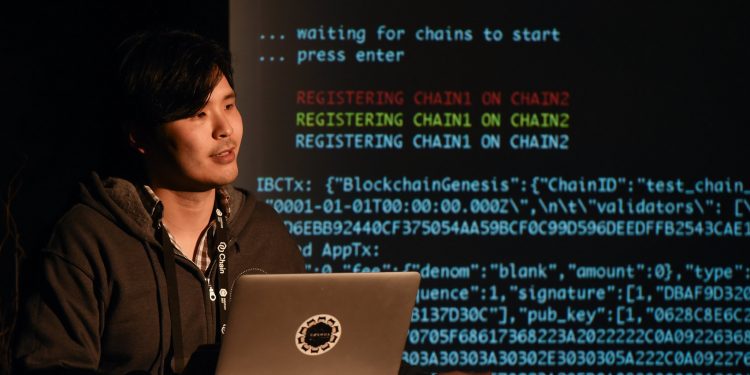 “If something should happen to me, be critical and share your opinions respectfully. But everything I’m doing is in fact making me a target,” Jae Kwon, the main architect of the Cosmos protocol, wrote on Twitter on Jan. 21.

Kwon’s varied fixations have been a topic of conversation among crypto-community insiders. But it’s been much more than idle chatter for the staffers of the startup building the software that makes Cosmos work.

Internal tensions have begun to spill out into public view, precipitated by a story from Decrypt on Jan. 29 reporting that Kwon was stepping down as CEO to focus on a new project.

A source with knowledge of the matter tells CoinDesk Kwon is not only the CEO of Tendermint (which is also known as All in Bits Inc.), he is also the sole board member. That means all the authority in a company that has backing from Bain Capital Ventures, Paradigm and 1confirmation rests in Kwon. (Whether that’s still the case remains unknown.)

Cosmos responded to a request for comment by asking that CoinDesk submit questions in writing but then declined to answer them. A spokesperson said the Cosmos team “will provide an update as soon as they are in a position to do so.”

Cosmos is one of the leading projects aimed at enabling different blockchains and their native assets to communicate with each other. Its top rival is arguably Polkadot, a similar network being developed by ethereum co-founder Gavin Wood’s Parity Technologies and the Web3 Foundation.

While Polkadot has only launched its experimental Kusama network, Cosmos appeared to be in the lead in the interoperability race, with its software launching last March. Amid the Kwon drama, Anchorage, a crypto-custodian affiliated with Facebook’s Libra project, announced Tuesday it would provide custody services for ATOM, the Cosmos token, and allow its users to earn returns by participating in staking.

CoinDesk reported in November on the financial health of the project, but as uncertainty swirls around its leader Cosmos’ market standing appears to be in question. Is Kwon still leading the project? Has he been distracted by other interests? Is everything OK?

Kwon responded to Decrypt’s report by calling it “FUD” in a GitHub post the following day. Writing in the third person on his personal GitHub account, Kwon said there were plans to “eliminate the role of the CEO.” Further, he wrote:

“Tendermint Inc. organizational structure today comprises a sole decision factor, which is Jae Kwon, in his role of company’s CEO. Jae and company has decided that moving forward the company will adopt a more decentralized corporate ‘Process’ that is being developed along with the Virgo project.”

Little noticed before last week, Kwon has been at work on a new project that he describes as complementary to the Cosmos blockchain: Virgo.

While what Virgo will do is not very clear, its aims are very lofty. Unveiled at the CryptoEconomics Security Conference in late October, Virgo right now is a manifesto hosted on GitHub.

“We are surrounded by fire,” is the document’s first line.

The manifesto goes on to address everything from social services, the financial system, privacy, open source software, taxation and the environment.

“Time is in short supply. We are dealing with an apocalyptic set of unfolding tragedies,” it reads.

Shortly after revealing Virgo, Kwon offered via Twitter to help Greta Thunberg on her campaign to address climate change, using Tendermint. Thunberg did not reply.

Meanwhile Kwon has also been seemingly fixated on Libra. His company was a founding member of the OpenLibra coalition, for example, though he recently walked that commitment back on Twitter.

In late November, he wrote a thread on Twitter about how to rule the world in just 12 steps, envisioning an Elizabeth Warren presidency that would end in a devil’s bargain between the White House and Facebook such that universal basic income launches over Libra, supporting people and certain “approved businesses.”

A month later, Kwon would decide to adopt a new persona on Twitter to supplement the one associated with him as a company founder. In early December the account @BitcoinJaesus first appeared, writing: “The consequence of the theory of special relativity is information theory.”

He’s currently tweeting under multiple accounts, including @jaekwon, @jaesustein and @BitcoinJaesus. Fortunately, all of these retweet each other fairly liberally.

As of this writing, the @BitcoinJaesus account is focused on convincing followers that the Wuhan Coronavirus is a weaponized infection, dramatically worse than what has been described so far. (To be fair, this is not the only prominent account on Crypto Twitter espousing such views.)

Meanwhile, people within Kwon’s company have come to find his behavior untenable, according to the same source speaking on the condition of anonymity. This has been raised with him multiple ways internally, the source said, though until this week no one felt safe going public with their concerns.

In September, the company had a staff retreat that did not go well, the source added. People expressed frustration both with how the company was being run and how they were being treated.

On Monday, Zaki Manian, director of Tendermint Labs, went public with his position in a strongly-worded thread on Twitter.

“Over the last 6 months, Jae has obsessively focused on Virgo while neglecting and under resourcing IBC,” Manian wrote.

Manian is probably the best known person in the Cosmos project outside of Kwon himself, frequently speaking about the network at conferences and on panels. He gave the update on Cosmos alongside Kwon, for example, at Consensus 2019.

Manian’s Twitter thread goes on to point to the @jaesustein and @BitcoinJaesus personas as creating problems both with current staff and with recruiting new talent.

Later in the thread, Manian writes, “For the past month, Jae has subjected every internal communication channel to religious discrimination, loyalty tests and abusive rants.”

A source within the company corroborated Manian’s view, describing an adversarial environment at Tendermint and a staff beset by a series of crises that Kwon refuses to address.

Manian has so far declined to comment further to CoinDesk. Of Cosmos’ investors, 1confirmation has replied to CoinDesk about the controversy, noting that internal tensions can be “a positive signal.”

Kwon tweeted on Jan. 19, “People keep asking me why I keep bombing my reputation. I think I’m investing in a new one and showing where I give my fucks.”